The riff gods are back! Grand Magus have been busy laying down tracks for their new album ‘Wolf God’ which is due for release via Nuclear Blast on April 19th. Get more details below…

A little more than two years have passed since the great ‘Sword Songs’ album was released, but GRAND MAGUS can never quench their thirst for action.

Accordingly, the Heavy Metal giants started to develop new songs as fast as possible after their last record.

The new album “Wolf God” will be released on April 19th, 2019 via Nuclear Blast!

Wolf God rises over the Heavy Metal scene majestically and lets the guitar riffs speak for themselves. The groove and heaviness that were featured on the successful predecessor can also be found on the new, ninth studio album which once again holds a number of future classics.

This stunning new cover artwork was created by acclaimed artist Anthony Roberts which you can see below.

The band comments:
“For the third time, the magic skill and imagination of Anthony Roberts has given birth to the cover artwork for a Grand Magus album. This time the forest, the moon and obviously the wolf take centre stage. Not just any wolf though… beware his fury. This is the WOLF GOD!”

Recorded in Sweetspot Studio in Sweden, together with producer Staffan Karlsson (ARCH ENEMY, FIREWIND, SPIRITUAL BEGGARS), the cornerstone was laid for another triumphal procession. As the majority of the songs were recorded on the first take, they have an honest, diverse and yet down-to-earth sound that envelops the trio’s true power. 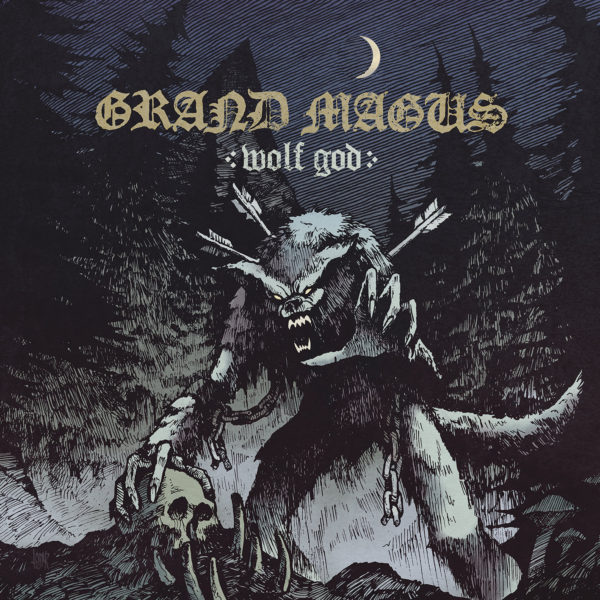