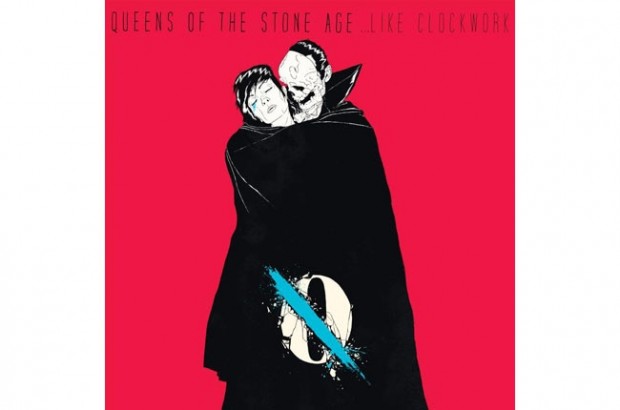 After tearing through new music during a recent live performance, California rockers Queens of the Stone Age released the first single off of their upcoming album, “…Like Clockwork,” on Monday (Apr. 8).

“My God Is The Sun” originally surfaced last month, when a video of the band playing it at Lollapalooza Brazil bounced around the Internet; the studio of the scorching single officially debuted on Monday during Zane Lowe’s BBC radio show. The track features unrelenting percussion as well as frontman Josh Homme wailing, “So good to be an ant who crawls/ Atop a spinning rock.”

“…Like Clockwork,” Queens of the Stone Age’s first album since “Era Vulgaris” in 2007, will be released on June 4 through Matador. The current iteration of QOTSA includes Homme, Troy Van Leeuwen, Dean Fertita and Michael Shuman.

Queens of the Stone Age have also announced a worldwide tour to promote the album, in addition to an appearance at the U.K.’s Download Festival June 14-16. As of now, the band’s only confirmed U.S. date is at Lollapalooza in Chicago on Aug. 2.