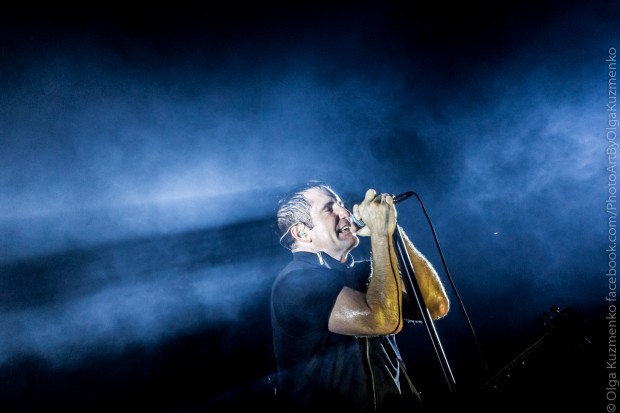 It’s always a special occasion when graced with the presence of Mr. Reznor’s day job. The infamous Nine Inch Nails bid us all farewell back in 2009, with Trent claiming that he was done with his much loved and totally ground breaking life long career to pursue other interests such as collecting awards for composing spectacular soundtracks to such movies as “The Social Network” and a whole host of others. 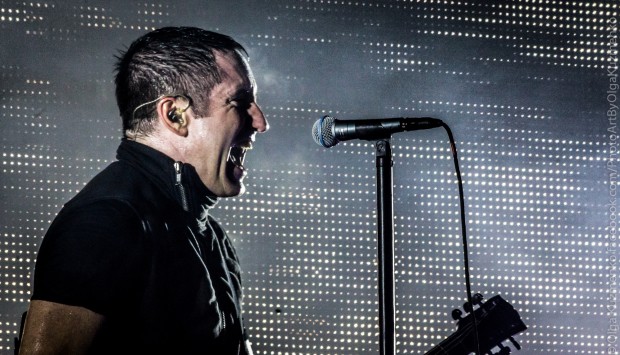 It seemed that Trent could not break the habit and soon found himself writing composing for what is now know as “Hesitation Marks” the first NIN album in 5 years. Are we excited? You bet your ass we are!!!

Upon hearing the news that NIN would be playing the Belsonic Festival in Belfast there was a joyous moment of air punching and “Fuck Yea’s” erupting from the Overdrive office followed by a rather heated discussion regarding the most perfect set-list the band could put together for the show, and let me tell you we were ecstatic with the final decision!!! 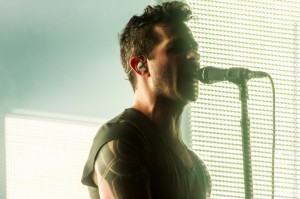 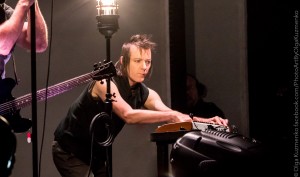 Following a very intimate show in London’s Scala the previous night Trent took to the stage on his own and kicked things off with “Copy of A” just as the sky was gathering some ominous looking clouds. Perfect! Each member of the band took to the stage in sequence to the building of the song, much to the rapturous crowd’s delight before all members stood before us in a “Kraftwork” style set up. 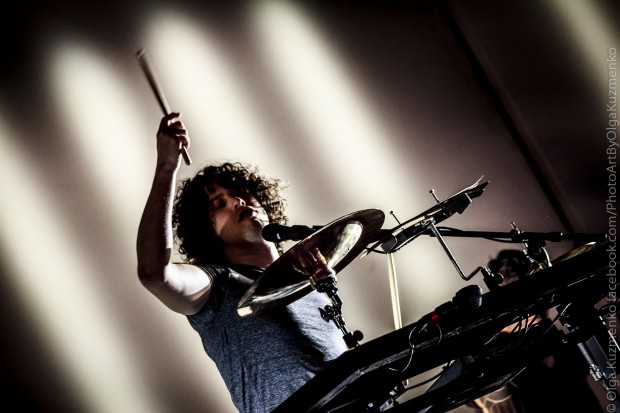 First new single from the new album “Came Back Haunted” made an early appearance and was consumed by the now ecstatic capacity. The stage production from the get go was nothing short of memorizing as discreet stage hands placed large white screens behind the band that gave an almost 3D effect with the impressive light show casting shadows in all shapes and sizes that dominated the stage. 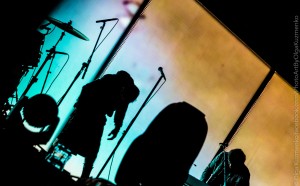 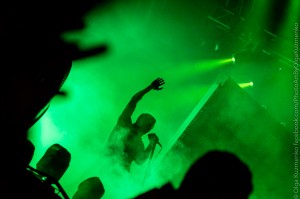 A light misty and refreshing downpour did nothing to distract the sold out crowd. Bangers such as “March of the Pigs and “Piggy” swept through the make shift venue, which was now thronged with fans and local residents who took to their balcony’s to flaunt their most coveted positions to us minions. 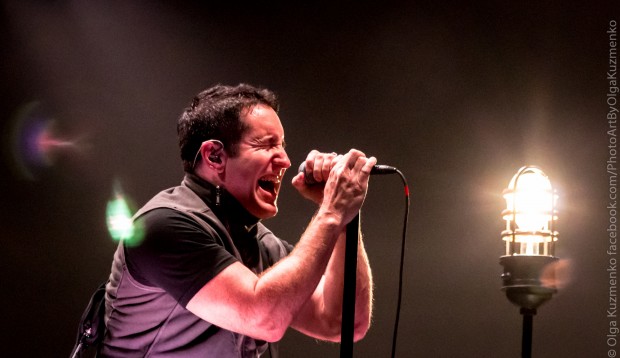 A constant moving and truly captivating stage production seemed to just complement the set-list without overshadowing the music itself. “The Frail, The Wretched” and “Terrible Lie” bounced from stage to audience with perfect sound before the almost defining chorus of “Closer” was almost drowning out the sound from the PA!

What followed was a tremendous display of NIN doing what they do best, with “Gave Up”, “Help me I’m In Hell”, “Me,  I’m Not” all accompanied by a level of production that is few and far between. 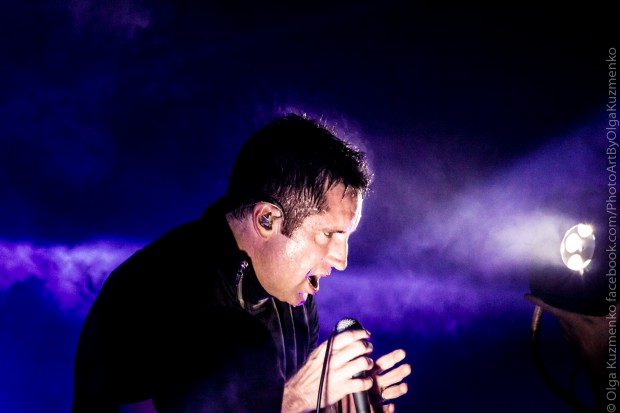 With a short moment of appreciation from Reznor, of which we could not really hear due to the noise of the crowd, the evening was more about the music rather than the “Rockstar Bullshit” that seems to be a regular feature at live shows these days and we would not have wanted it any other way. NIN does all the talking you will need with closing numbers “The Hand That Feeds”, “Head Like A Hole” and final encore “Hurt” which leaves a satisfied and content audience. 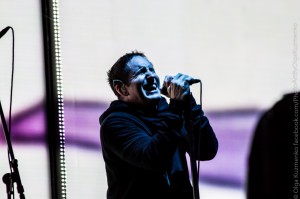 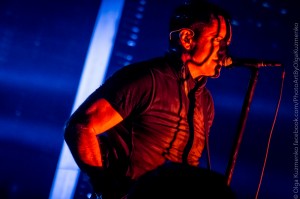 Every aspect of this show is a testament as to why NIN are totally unique and of paramount importance to the evolution of music. There is a great sense of thought and consideration put into everything that NIN does, from their recorded and live sound to production, album design, stage presence and set-lists which entitles them to be catogorised as one of the most spectacular live touring bands of our generation and judging by the crowd tonight, we are not the only ones who believe this. 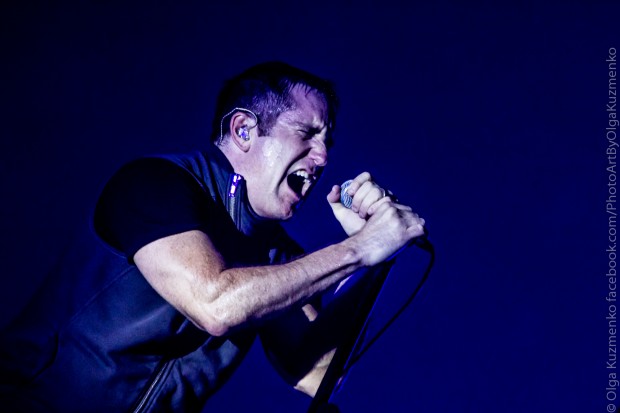 5. March of The Pigs

16. What If We Could? (Trent Reznor and Atticus Ross cover)

Hesitation Marks is out on September 3rd via Columbia Records. 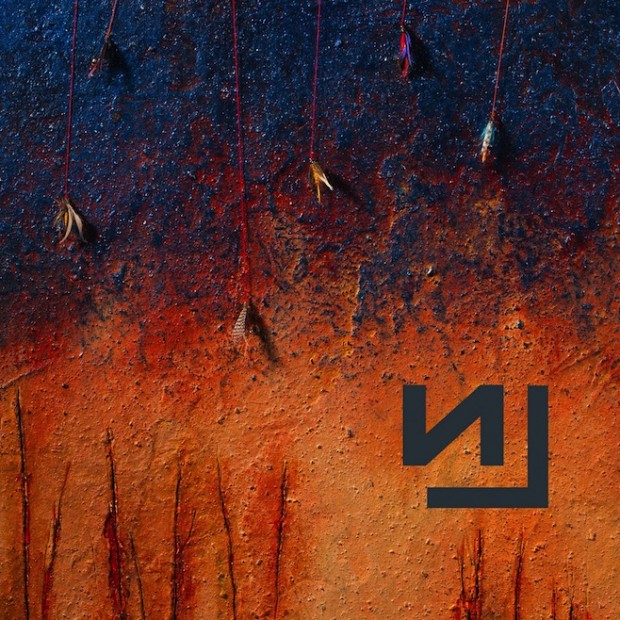