Los Angeles, CA – Influential street-punk legends The Casualties will return this Autumn with the release of their much anticipated 11th full-length album, ‘Written In Blood’, on October 26th via their new label Cleopatra Records. 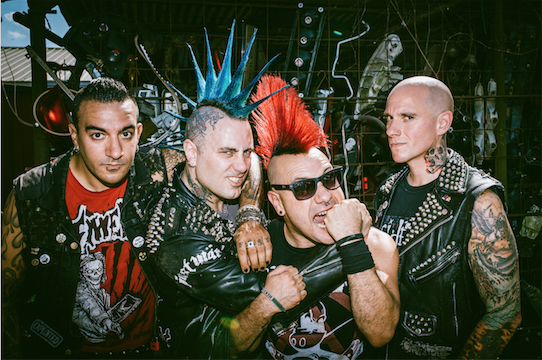 The band have released a new single titled ‘1312’ from the forthcoming album which you can hear below;

“This is a statement very true to our culture, our way of life, 1312 ACAB! We didn’t grow up watching cops walk old ladies across the street, we grew up watching Rodney King get BEAT, not detained and manhandled, Fucking BEAT.

If normal citizens must pay the price of the “long arm of the law” they can be held accountable for their actions. Anyone of colour can be pulled over for being suspicious? Well, we can be suspicious of them! 1312 ACAB. With great power comes great responsibility!” – David Rodriguez

With Written In Blood, The Casualties have returned fully-loaded with angst and attitude and ready to incite a riot with a non-stop onslaught of unapologetic punk.

The record was recorded at the Blasting Room in Fort Collins, CO with Bill Stevenson and Jason Livermore, and features 15 songs that challenge blind societal norms and sociopolitical injustice with the same intense spirit and vigour as when they started nearly 3 decades ago. 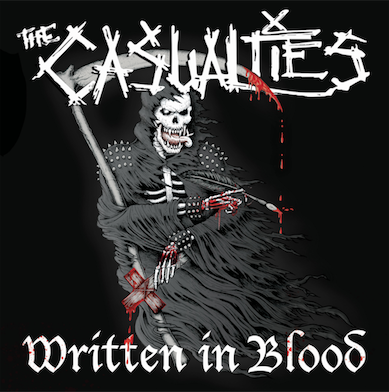 Written In Blood Tracklisting:
1312
Fucking Hate You
Ashes
Demolition
Guard Dogs
Written In Blood
Feed Off Fear
Final Expense
So Much Hate
Ya Basta
All Out War
Smash
Lost
What I Want
Borders 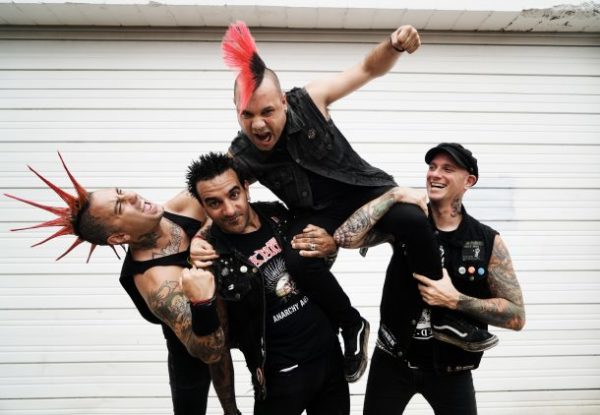