OHHMS will be taking to the stage upstairs in Whelan’s on Saturday, October 22nd, for a very special show, that will see mountainous riffs cascading upon Dubin’s doom community! Support will be provided by very special guests TEN TON SLUG and ILENKUS.

Overdrive is giving one punter a chance to win some OHHMS vinyl / merchandise and an advance copy of TEN TON SLUG’s highly anticipated “Brutal Gluttonous Beast” and Ilenkus’s latest release ‘Hunger’. Enter below…..

OHHMS have had a monumental year since the release of their debut EP ‘Bloom’ in 2014. Whilst this may sound over-the-top, there are indisputable facts. That record was constructed of two songs, clocking in at a combined 30+ minutes. Despite this, the band still garnered a full 15 minute play on daytime BBC Radio 1, offers to play Temples, Arc Tan Gent, Fear and Hevy festivals, as well as shows with The Skull, Conan, The Admiral Sir Cloudesley Shovell, Hey Colossus, Earthmass, Hierophant, Slabdragger, Bastions and their own successful headline tour. Not a bad start. 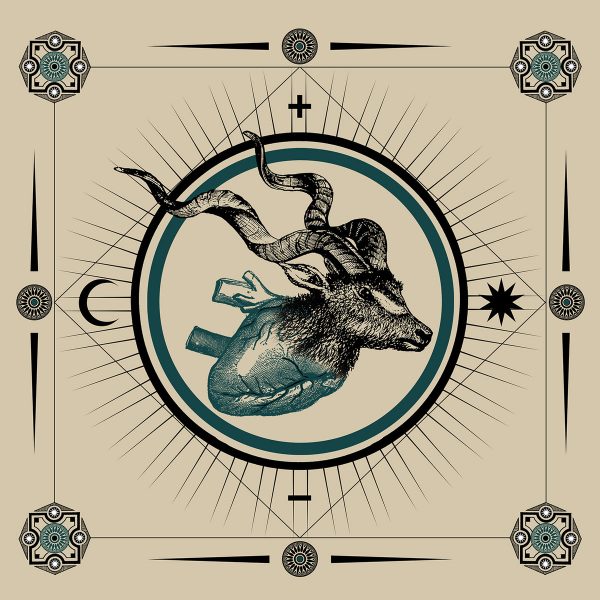 Now the band is back with Cold, another two monolithic tracks, once again clocking in beyond half an hour. That, however, is where the similarities to Bloom end. Cold presents a stunning evolution to OHHMS’ progressive stoner doom rock. Musically, within ‘The Anchor’ and ‘Dawn of the Swarm’, OHHMS keep exploring new avenues in the cannon of lumbering stoner rock, depth-charge doom, classic rock, and psychedelia. Vocalist Paul Waller meanwhile displays a huge leap forward in scope and confidence – alternating between sumptuously deep gravelly singing, Viking-warrior bellows and roar-is-war call to arms.

Joining the guys on Saturday night will be ILENKUS who are a five-piece DIY post metal/hardcore band from Galway, Ireland.
Ilenkus formed and released their first demo in 2010. It contained three home recorded songs, one of which would make it onto the band’s debut LP the following year. Also completely self-recorded and funded, ‘Rule By Thieves’ was released in September 2011 and immediately attracted the attention of Savour Your Scene Records. The album was received positively by critics, with Terrorizer Magazine describing it as “expansive and well written”. The guys have just released their latest EP ‘HUNGER’. Check out Overdrive’s review here.

Based in Galway and originally from the depths of Connemara in the west of Ireland, Ten Ton Slug has ingested 5 humans and leaves a trail of sludge/groove metal in its wake.

Some say it came from the blog, others claim it originated in the mountains, what is known for sure is that its first victims were Sean and Micheal Sullivan. Gigging started in early 2014 with former bassist Ragas, who escaped in 2015. New bassist Eoghain Wynne joined in 2015 around the time vocals were appointed to lung slug Ronán Ó ‘hArrachtáin.

Ten Ton Slug released a well received two-track live demo ‘Live at the Oaks’ in September 2015 and has gigged extensively around Ireland since, most notably winning the Metal 2 the Masses Ireland competition in May 2016 and playing to a packed New Blood Stage at Bloodstock Festival 2016 in the UK.

Expect to see Ten Ton Slug leave its sludgy trail around Ireland and the UK once again once it’s debut EP ‘Brutal Gluttonous Beast‘ is released on October 25th.

OHMMS will taking to the stage upstairs in Dublin’s Whelan’s (Change of venue from original Hanger) on Saturday, October 22nd with special guests Ilenkus and Ten Ton Slug. This will be a FREE ADMISSION event on behalf of Venture Presents.

For your chance to win OHMMS vinyl and T-shirt as well as the latest EP’s from Ten Ton Slug and Ilenkus, simply share this post on your social media page as a public post and mention ‘OVERDRIVE’ in your comments. Will will be picking a winner at 5pm on Friday 21st October. Good luck! 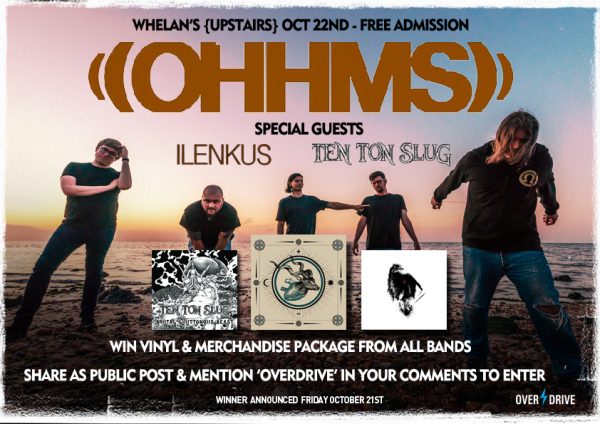 For more information on this show, please click this link.