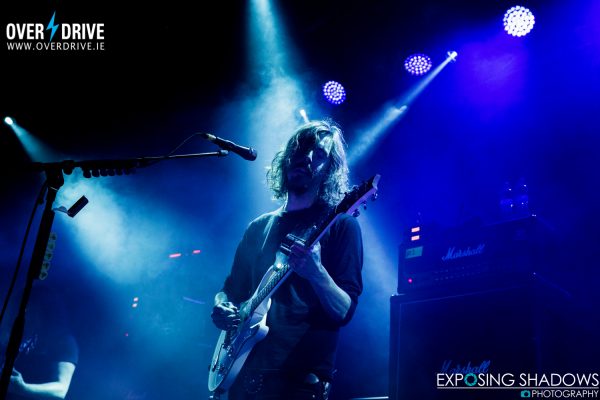 Tonight’s sold-out audience form an orderly queue down Dublin’s Abbey Street causing pedestrians to cast an inquisitive glance, as they bustle past the obnoxious Christmas window displays (Fuck off please. It’s November!) and into the night. 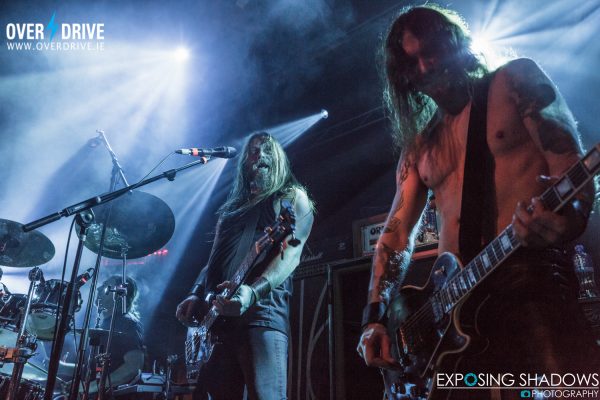 As soon as the doors open and the punters file into the Academy’s entrance, the anticipation for what lies ahead has the air loaded with excited banter, and we don’t blame them!

As the main room begins to fill at an alarmingly fast rate, it’s clear that Enslaved has sparked a lot of interest and rightfully so! The Norwegian progressive black metal pioneers bring a compelling atmospheric soundscape to The Academy under the blood-red wash of the house lights, as they tear into ‘Storm Son‘ the opening track from their recent ‘E‘ release.

With only thirty minutes scheduled for tonight’s performance, bassist/vocalist Grutle Kjellson wastes no time in keeping the momentum rolling as the Bergen natives cast out a plethora of complex riffs and spine-tingling harmonies over the glorious cascade of toms thanks to Cato Bekkevold’s compelling ability to work every component of the kit with ease. 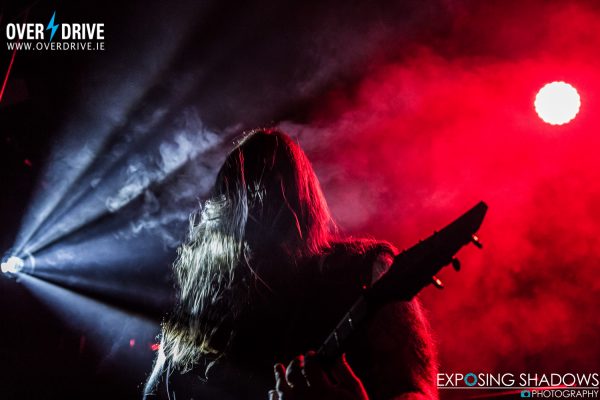 Their short setlist totals just three tracks, however, their monolithic-like presence fills every crevice of the venue much to everybody’s satisfaction as they surge through ‘The Rivers Mouth‘ and the utterly mesmerizing ‘Sacred Horse‘, which see’s them bid their farewell’s and disappear into the red glow.

The band’s new album ‘E’ see’s a transition into more of a soundscape/prog landscape thanks to Ivar Bjørnson’s ability and experience writing for Skuggsjá, which has been a direct influence on the bands current sound. Tonight Enslaved brought truck-loads of atmosphere to The Academy. Another 30 mins would have been greatly appreciated as they have a lot more up their sleeves. Hopefully, a return to Ireland will see them headlining in the near future. 4/5 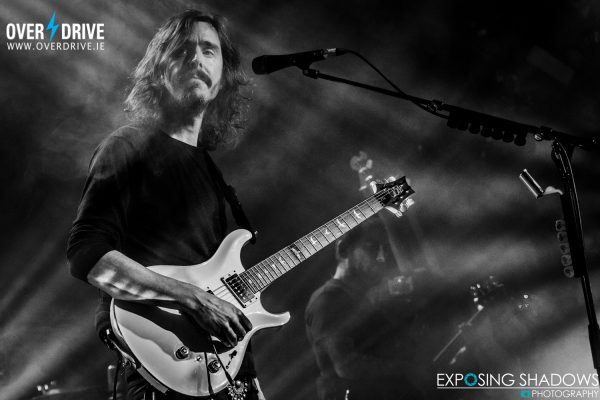 Having seen Opeth many times in the past, it’s been an interesting journey to witness their evolution from their death metal origins to undisputed modern day prog masters. Whatever your opinions are of the band’s musical transition, there is no denying that you’ll be hard pushed to find a group of more talented musicians than Åkerfeldt, Mendez, Axenrot, Åkesson and Svalberg.

Opening with title-track ‘Sorceress‘ from their most recent release, Opeth immediately cups the audience in their collective hands and begin a journey into a wormhole of outstanding and sometimes, impossible compositions that hypnotise and wow the wide-eyed capacity. 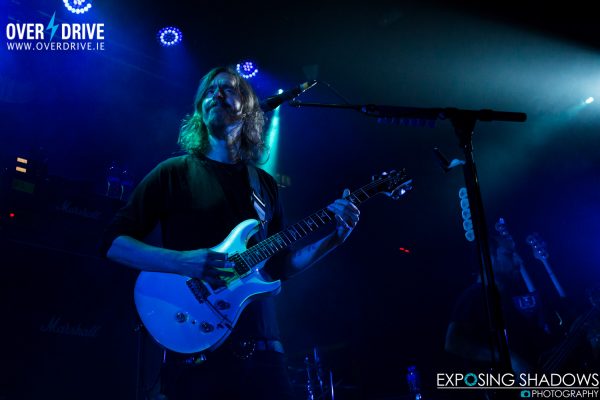 The anticipation of tonight’s setlist could literally provide a multitude of twists and turns as they launch straight into the prodigious masterpiece that is ‘Ghosts of Perdition‘ and ‘Demon of the Fall‘ from 1998’s outstanding ‘My Arms, Your Hearse ‘.

Åkerfeldt’s quirky, dead-pan Swedish sense of humour provides some entertaining between-song banter, but tonight, the music itself is very much in command and simply demands your undivided attention.

What follows is ‘The Wilde Flowers‘, ‘Windowpane‘, ‘Häxprocess‘ and ‘Moon Above, Sun Below’, which stokes the embers of the band’s more recent side of their discography before we get a slice of ‘Watershed’ in the form of ‘Hessian Peel‘ and the crushing ‘Blackwater Park‘ which see’s Åkerfeldt and Åkesson’s flawless fret-work in all it’s beautiful glory. 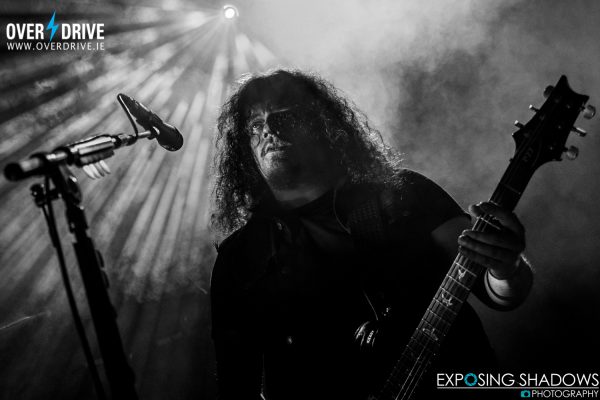 Finishing with ‘Deliverance‘, Opeth bring their spellbinding performance to a close under the deafening roar from tonight’s lucky attendees. Without a doubt, one of the highlight live gigs of the year. Opeth simply can’t do any wrong in a live setting. Utterly mind-blowing! 5/5