It’s been a long time since Kerbdog have been bothering venues across Ireland and the UK, but with the bands latest release “Congregation” and the infectious new song “Electricity” sounding as good as anything the band have done in the past, it would seem that the Kerbdog machine is creaking back into life and plans to roar on all cylinders. Overdrive sat down with singer / guitarist Cormac Battle on the eve of the bands fist night of their tour in Dublin’s Academy. 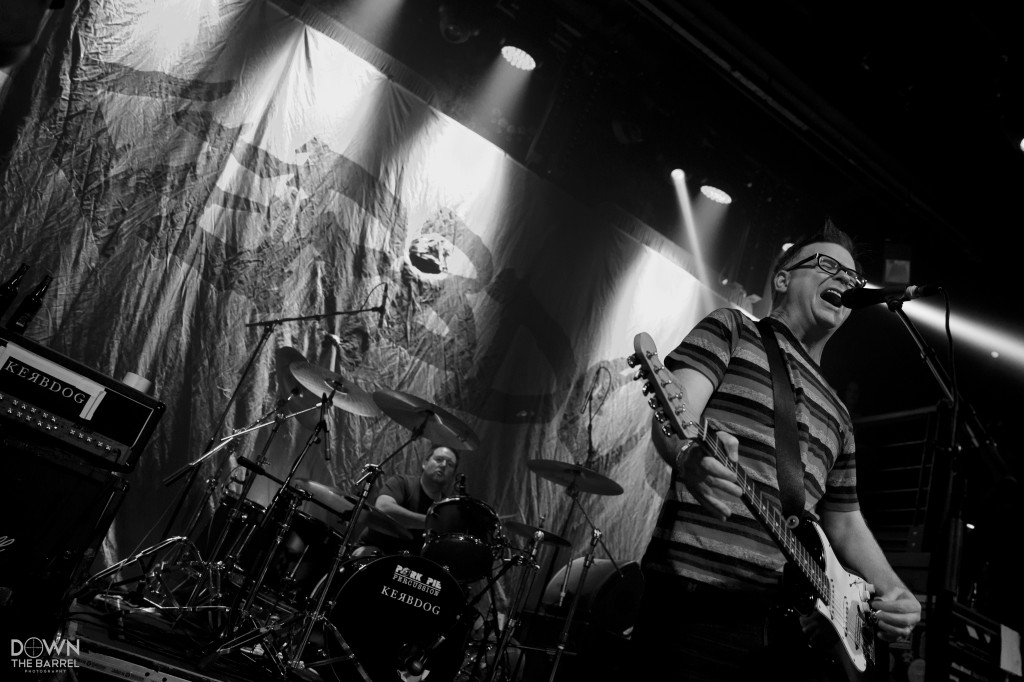 OD: At what point did you all decide to get back into writing and the idea of heading out on tour again?

Cormac: Back in 2005, sitting outside a pub, I sent the lads a text saying “Do you fancy playing a gig for the laugh?” You know 40 people in a room, just a once off. And the boys said “yeah”. We discovered through that, that we were much more popular than we had ever been. We hadn’t realised that in the intervening years (1998-2005) when we had pretty much broken up that the Kerbdog thing was multiplying. We ended doing two nights in the Music Centre (Button Factory,Dublin), two nights in Cork, Galway and Belfast, all out of a text that I sent. I was like – where were all you people when we split up? – You could have saved us. I think it was word of mouth and passing us on, brother to brother.

OD: Can you talk a little about the whole experience of playing Sonisphere and did you find that things have changed since you played a festival of that size?

Cormac: Yeah, it was the most metal festival that we have done. Everyone was dressed head to toe in black. It was nothing like festivals like Reading. We thought we would get bottled off the stage but fortunately we weren’t. We had a big stage, hot as hell. We were like “Fuck! This is why we do it” This makes sex look like embroidery. It was the best feeling in the world and a great experience for a band like us that don’t get that chance often. 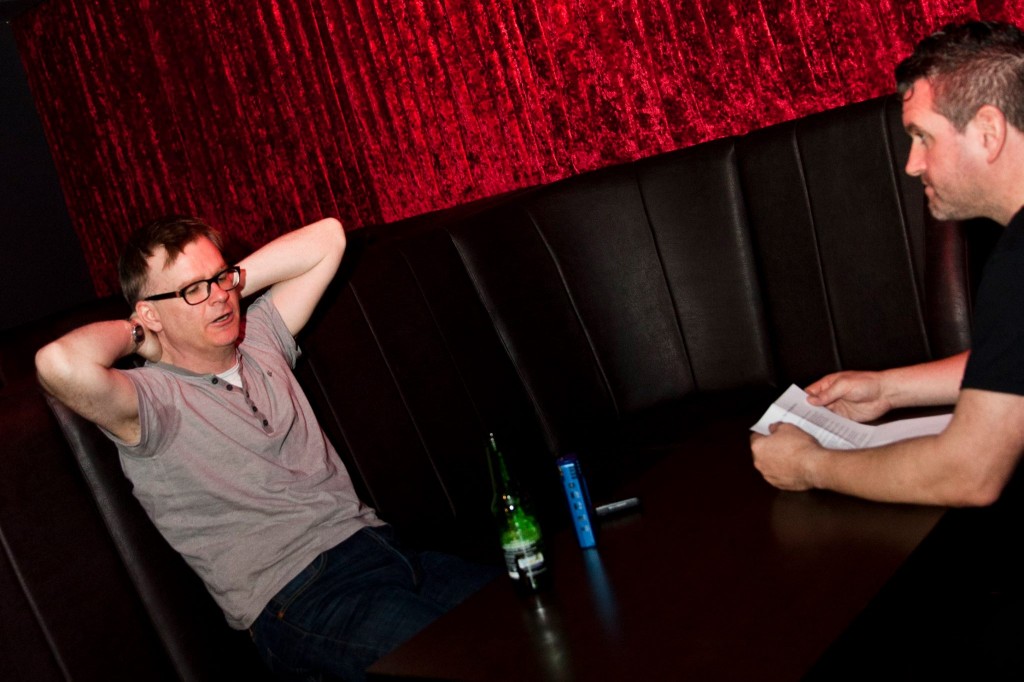 Everything has changed, like that year Metallica were doing their set by request over Facebook. None of the social media was around when we were doing all this, now it is a big part in some ways. So yeah things have changed massively, the record industry – people use to do gigs to promote albums, now people give out albums for free to promote gigs. It is very hard for new bands who haven’t been signed, who have a bit of money to go out and do gigs because you need money to do it all. The model is still in flux.

OD: Kerbdog has had a very tempestuous past with record labels, looking back over all those events that happened between getting signed to Mercury/Vertigo and then taken over by Polygram and moved to Fontana Records. Looking back on all of that, did it take its toll on the band and effect the overall eco system in the band?

Cormac: We were naive to it all, the name of the label was changing but we were too wrapped up in having a good time and playing gigs to worry about politics of the music industry and internal politics. We were drop when ‘On the Turn’ was put in the shops so we were a victim of it but it is like anything. Being in a company where management comes in and doesn’t like you, they tell you to get lost. And look we managed to spend a shit load of money before they gave us the boot, so it was bittersweet pill to swallow. We didn’t keep any for ourselves, we were kids, and we had a good time, all the time.

After Kerbdog got back I remember going into the dole office in Kilkenny, they asked, you know “I know you were in a band, do you have any assets or liabilities? You might have money.” So I said hang on and I will come back to you tomorrow. So I came back with a statement from Mercury Records saying we owed them 1.3 Million pounds sterling. I said there you go, that’s our liability to Mercury Records now can I have my 38 quid please? But it was good to spend all that money though it depends on how you define success.

But that’s just turning this whole thing into a light hearted thing ‘cause we thought ‘On the Turn’ was going to be a success but it was when it was Blur vs Oasis, Brit-pop, so we didn’t stand a chance.

OD: Are there any plans to record a new album and if so when can we see that coming out?

Cormac: Yeah there is in the New Year. We did this song ‘Electricity’ for the live album for fans. We felt we owed the fans something, not like Bon Jovi with their greatest hits and a new song. We thought it would be shit but it turns out that the general feedback is great. It is not like other bands that come back from a hiatus and produce something shit, I don’t think it awful – it’s got the big Kerbdog soaring chorus. 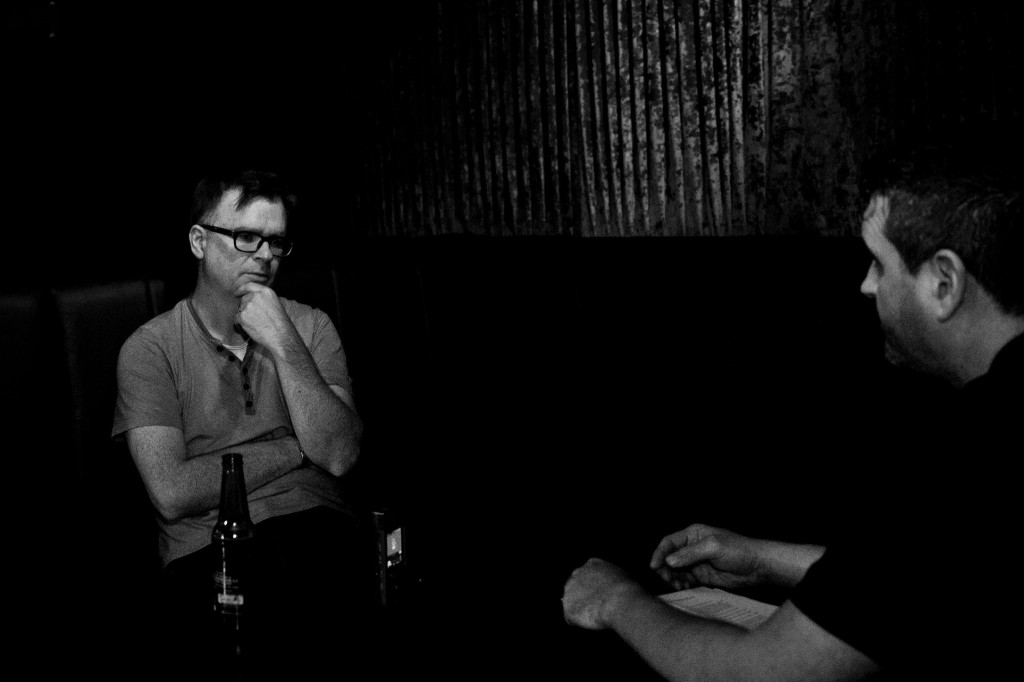 But yeah our bassist is based mainly in the UK and I have a job in 2fm and we have families. I mean we have done it so far.

OD: What are the possibilities of WILT getting back together for a couple of one off gigs?

Cormac: I don’t think so. WILT was really an effort by me and Darragh to do something more commercial and sell a few records. It is really Kerbdog with the amps turned down to five in some ways. WILT had success but it wasn’t a visceral love for a band that Kerbdog had. Our fans are very enthusiastic about our music and that’s great.

OD: How much do you think the music scene has changed since back in the early 90’s when you guys started out?

Cormac: Pop is in now, rock is not really in at the moment – well apart from Foo Fighters playing but that’s an anomaly. Talking to Dave Grohl on 2Fm the other day he blurted out that they were playing Slane. The record company weren’t very happy with that but its Dave’s show.

OD: Coming from Ireland, would you agree that there seems to be a lack of A&R representatives over here?

Cormac: I don’t know really. I think Ireland is too small to have a need for a representative A&R world over here. It is different now; before you had packs of guys going around from labels following bands like for us. Not now because people see things on YouTube etc. and discover bands in different ways rather than turning up at a gig and checking out a band they’ve never heard of. I think in this whole revolution of the music industry the A&R man has been made irrelevant really.

We just made tapes, back then, and sent them to every label. Every one we sent we got a response back from – it was ridiculous, doing a gig in the Pump House in Kilkenny, with all these A&R guys from the UK and America. We got a record deal the next day.

OD: It seems that the more accessible music is there days (internet, streaming, downloading etc.) the more difficult it is to break out of a territory such as Ireland, if you could give any advice to younger bands that are hoping to establish a career in the industry what would it be?

Cormac: You have to be online and ‘tweeting’ every ten minutes, when you have a biscuit you have to ‘tweet’ that, you have to have a big Facebook presence. The mystery of it melts away and it becomes more like a begging bowl, like help pay attention to us.

It’s not about making albums and playing gigs anymore it is about the peripheral activities like pop-up gigs and mimicry which is unfortunately what you need to do these days to get noticed.

You have to do some weird things but I suppose that it stretches bands to the best of their ideas where some bands just want to make music and play live gigs and not get involved in all that shit. The internet has taken away the essence of life in general. People are living two dimensional lives and I don’t think it is an age thing either.

OD: What music are you listening to lately and can you recommend any bands that we might not have heard of?

Cormac: London Grammar, they are not heavy and all that but they are, for me, heads and shoulders above everything that is happening at the moment. I like Royal Blood as well. It is encouraging that a band like that can get to number one again; I think it is two dimensional but I am glad to see that something like that is penetrating the fucking mainstream. For me as a rocker, that is encouraging as we have been living in a world of pop for too long. Fucking guitars need to get back into the charts.

OD: What is the future for Kerbdog after this string of dates?

Cormac: Some writing and maybe an album towards the end of next year. World tour with Foo Fighters, where by the end we will be so popular they will be supporting us, with like Suede and The Cranberrys.

OD: Looking back over the last twenty years, is there any particular stand out moment for you, be it funny or ridiculous?

Cormac: Having a piss beside Eddie Van Halen and Harry Dean Stanton buying me whiskey in the House of Blues on Sunset Boulevard in Los Angeles and a wild party in Duffy McKagan’s house, I’m happy with those memories regardless of what ever else happens. 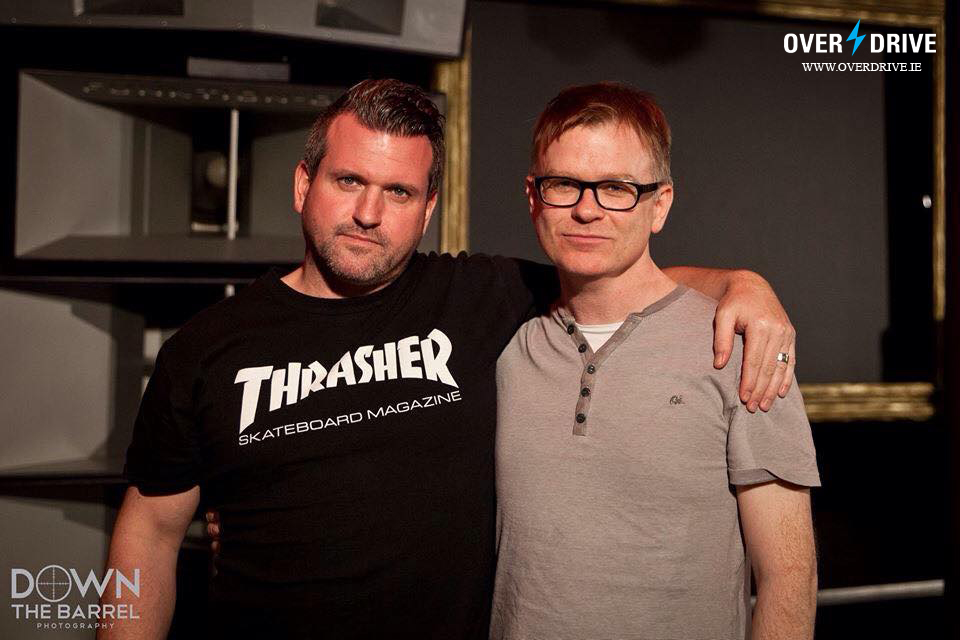 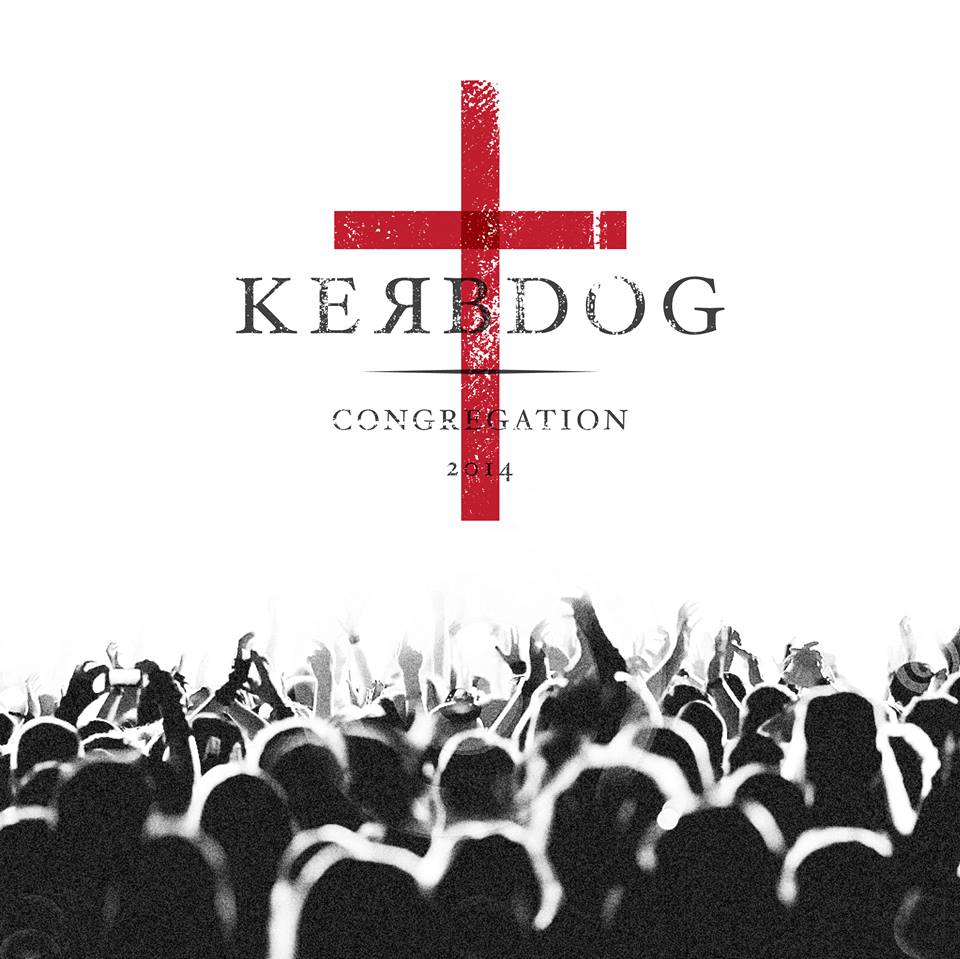 Congregation is out now.