The four-piece provide monster riffs, huge choruses and a dose of old school rock and roll attitude. With aggressive muscle and melodic sensitivity, this band are reigniting the flame of British classic rock.

They have an unmistakable modern presence whilst keeping the spirit of old school rock and roll alive. Known for their loud, ballsy and interactive live shows they are destined to show you a good time; they are ready to make their mark anyway, anywhere & anyhow.
In 3 years the band have been a non-stop force to be reckoned with.

Last year saw the band support Dan Reed and Danny Vaughn acoustically and other than a few select performances while the band were concentrating on the recently released second album. 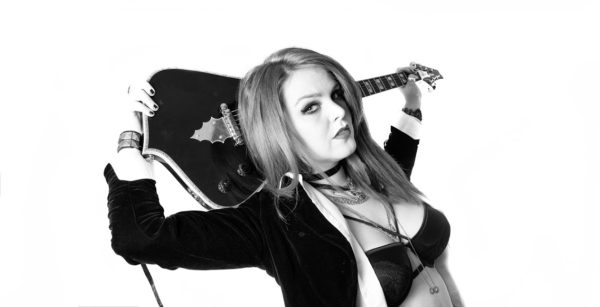 Beth Blade (Lead Vocals/Guitar): Beth Blade And The Beautiful Disasters are a hard rock band formed in Cardiff in 2015, we’ve played all over the UK with musicians such as Marco Mendoza, Ricky Warwick and Damon Johnson of Black Star Riders, The Electric Boys, Y & T, The Dead Daisies, Dan Reed Network and we just made our debut in the US on The KISS Kruise.

Our sub-genre would probably be the New Wave Of Classic Rock. But I’m not fond of labels and good music is good music regardless of the genre.

BETH – We released an E.P in 2015 called ‘Sick Like This’ which we recorded ourselves and released in a small batch of 200 that sold out.

Our debut album ‘Bad Habit’ came out in 2017 and was released through Pledgemusic and was really well received. It was reviewed in Classic Rock Magazine, Power Play, Fireworks and many more throughout Europe.

Classic Rock Magazine critics named it in their ‘Top 50 Albums of the year so far’ landing at #17 in the Top 20 voted for by the public, a list that included the likes of Thunder, Deep Purple, Black Star Riders and Cheap Trick. So, that was a massive achievement for us.

Our second album ‘Show Me Your Teeth’ came out on January 25th through Pledgemusic. The first single ‘On and On’ debuted on Planet Rock and we can’t wait for everyone to hear it. We think it’s the best thing we’ve ever done.

BETH – For me, it has to be KISS. I’ve loved them since I was very small and they influence me in so many ways. For Sam it would have to be Foo Fighters, and Luke, it would probably be Motley Crue.

BETH – We owe everything to our local underground scene. The venue owners, the promoters, the punters. Everyone has taken a chance on us whether putting us on a show or giving us a huge opportunity to play with bigger bands and the people who come out to the shows are very supportive.

In South Wales and the UK in general we’ve been very lucky, and we are so grateful to have so many wonderful people who have helped our band.

OD – With the dramatic change in the way the music industry has evolved, how are you experiencing the current climate with being a band starting out and what would you like to see change going forward?

BETH – Obviously with the advent of the internet it’s affected the music industry in good and bad ways.

I think the industry itself is very closed, there’s a veil of secrecy almost about who you need to talk to, what you need to do to achieve your goals. It’s a very small industry and everyone knows everyone.

I think the bigger festivals should give the smaller bands a shot at playing to a bigger audience. It’s the relationship between bands and fans that I think is really going to save our genre from falling off the face of the earth. Honestly, though I think at the moment things are on the up and everyone is really supporting new upcoming bands cause we’ve all realised that when the big boys retire we need people to fill the gaps they’re going to leave.

BETH -You know I never aim for it but for some reason, I end up either writing on the bus or just sat on my bed with an acoustic guitar.

I find inspiration everywhere and write pretty much every day but it would appear that travel stimulates my creative side and the home comforts of my favourite guitar provide a safe space to explore them.

Life of course is inspiring in itself and I just wrote the first song for album number 3 before album 2 have even come out after having a blast playing with KISS and some amazing people on the kiss kruise.

BETH – Ah that’s a toughie. But it would be a toss up between KISS, Halestorm and The Dead Daisies.

BETH – Paul Stanley’s 1978 Solo Album is my favourite album hands down. It’s perfection as far as I’m concerned. It taught me how to sing and write songs. And it always reminds me of some very important people and times in my life.

BETH -We have one more gig in store and then we are looking forward to the new year starting off with releasing the album. We have lots of dates in the pipeline so keep an eye out!

Find out more about Beth Blade and the Beautiful Disasters here. 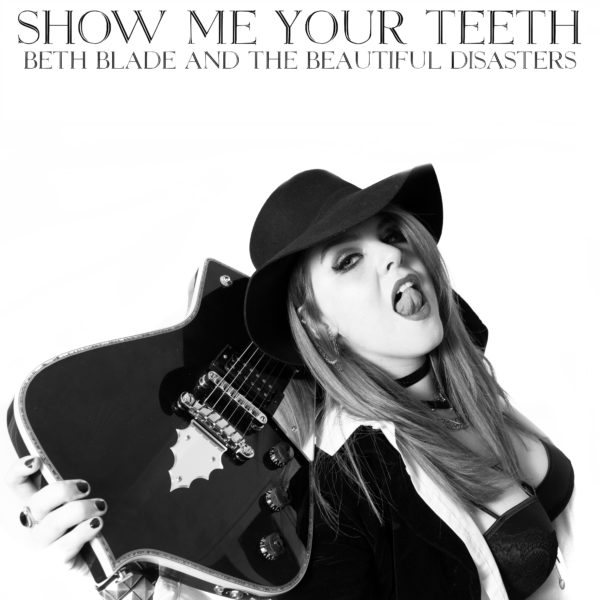