Let us introduce you to Clockwork Wolf & Co. A slow, brooding melting pot of dusty-road blues rock with a grunge edge that showcases the impressive talent of singer/guitarist Rob Chapman.

Clockwork Wolf & Co. is the brainchild of one Rob Chapman. In case you’re not familiar with Chapman, he’s got one of the most successful channels on YouTube, he’s played with Satriani, Steve Vai and all the top guys. He’s been Guitar Personality Of The Year in 2015 and 2016 he was even name-checked in Forbes magazine.

Their debut EP, ‘In The Sunshine‘ (listen below) was released in December last year and has racked up an impressive number of hits from around the globe which speaks for itself.

Get to know Clockwork Wolf & Co., as part of our Overdrive Discover series. 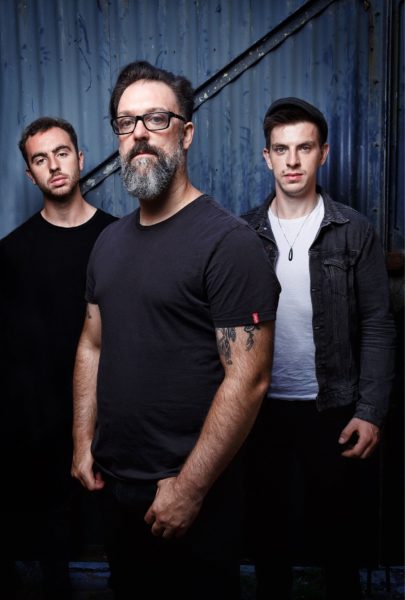 ROB – Clockwork Wolf & Company is a mix of blues rock and grunge, tinged with touches of southern country. Taking influences from acts like Soundgarden, Alison Krauss/Union Station, Peter Green, Pearl Jam and blending them all up, CW&C is a dusty Americana Road trip in your ears.

Originally hired as session musicians on the EP recording, the other guys, Chris, Jack and the latest member Zach (Britney Spears/Ken Mo) joined me in performing tunes that I wrote in my early 20s and never quite found an outlet for.

ROB – We just released our first EP “In the sunshine” (listen below) and simultaneously released three music videos. The title track “In The Sunshine”, is a dirty slide-guitar track with serial vocals and soundscape riffs, “Part of the Plan” a foot-stomping, unashamedly old-school blues-rock tune and “Old for New” is a hooky Blues Grunge-Rock track.

I’m currently partway through writing a follow-up album with plans to release it next year.

ROB – The main influences are artists like Chris Cornell, Peter Green, Jeff Buckley, and Alison Krauss, from the soulful mountain music of the West through the grinding and powerful melodic belting of bands like Alice in chains.

ROB – I have a somewhat strong social media following and the band has been lucky enough to launch itself onto some pretty big stages.

Currently, we have only played two gigs, our first performance was in Norway on the main stage of the Larvick guitar festival alongside artists like Steve Vai, the second was the 02 Shepherds Bush Empire, supporting Supersonic Blues Machine, featuring Billy Gibbons (ZZ Top).

Having focused on developing both live and social media following for more than 10 years, it’s been an enjoyable experience bringing the recorded music of CWW&C to a live environment. We are just really grateful to be in a position to be able to play great stages and enjoy the ride.

ROB – Well, to date, everything released has been written by myself. I’ve never found an outlet for this particular music although it appeared on various prototype forms in other bands.

This is the first time it’s really taken form and been released officially. I do a lot of writing from home in a very simple home studio. I tend to sing quietly into a recording setup while my 2-year-old son takes his midday nap [Laughs].

ROB – If there was one band we could tour with I would say it would have to be Queens of the Stone Age.  We just feel that they are endlessly creative, powerful and creatively inspiring.

ROB – Well, my favourite album is Soundgarden’s  “Superunknown“, every single song is just an incredible trip; the entire band is one solid unit of energy and the sound almost takes on a three-dimensional form.

It’s a blend of the interesting rhythms, Indian influenced scales and of course unbelievable vocals from Chris (Cornell) that set it apart from anything else and is by far, one of my all-time favourite albums.

ROB – The rest of the year will be spent finishing the album. We also have some dates to announce for later this year a mixture of gigs and potentially an exciting support tour with dates to be announced hopefully soon.

For more information on Clockwork Wolf & Company, please visit this link. ‘In The Sunshine’ is out now. 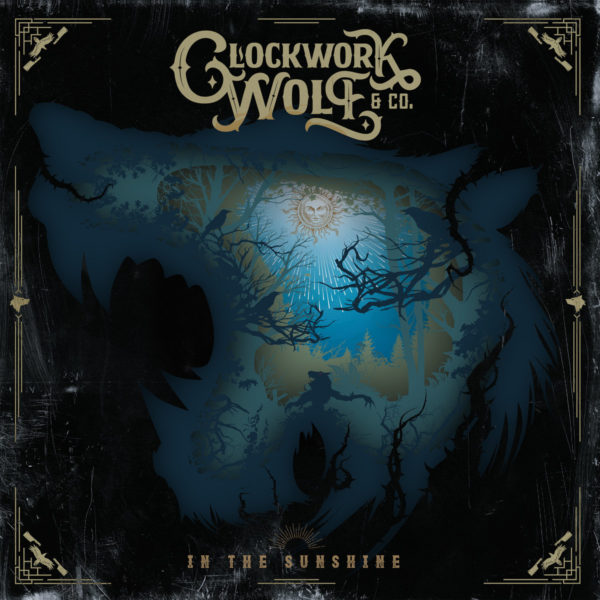