Genre-hopping duo Cork Street Posse are slowly taking over the Irish underground with their unique brand of metal-infused hip-hop that was born on the concrete streets of Dublin city. 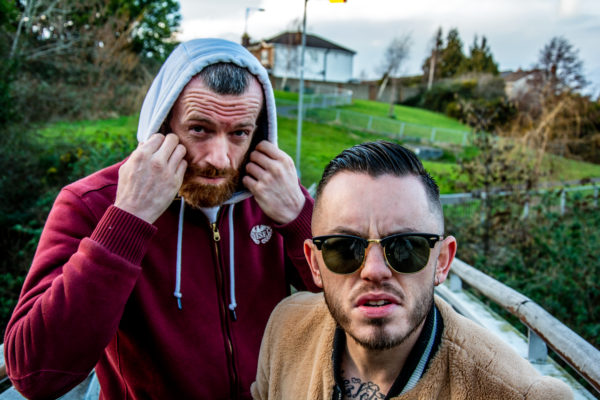 Overdrive brings you under the hood with both members of the band. Step inside…

Cork Street Posse was formed through the friendship of Niall “Smiley” Jackson, a lyricist from Templeogue and Leigh O Reilly, a singer, and multi-instrumentalist from Bray, in a small apartment on Dublin’s Cork Street in 2011.

NIALL – Coming from metal originally, Leigh started to become obsessed with music software and the production process, after some years of putting the groundwork into the theory, we started flexing some creativity and putting out beats of all genres, you can hear elements of that in Leigh’s old band Aggro-Culture, except more electronic rap and hip-hop complimented with Smileys lyrics and Leigh’s voice taking the hooks and chorus for this venture.

Eventually, Leigh began to rap and shortly after honing a unique sound we booked our first gig at a rap battle in The Voodoo Lounge, which we landed a support slot with Bone Thugs N Harmony for winning.

After jumping into the scene for less than a year, some personal issues led the two of us to separate for many years, but a return from Europe from Leigh has motivated the band to get this music out and give it the platform we believe it deserves… seeing a certain influx in “shock value” rap in this country, we kinda just want to step on a few toes, inspire a few hearts, motivate a few arses and show the people of Dublin what real versatility is.

There are no ideologies to jump on or stereotypes to parody for followers here. Ireland deserves a better quality of white trash rapper, and we’re gonna give it to them.
So the question is… what sub-genre aren’t we?

We have an abundance of songs, enough for two albums from the old days and an ever-growing list as we never stop writing. Fortunately, the old songs have lasted the test of time and can still raise eyebrows and shake hips, so this is great.

We are consistently putting out songs we have re-everything’d from the past, plus mixing it up with some new songs as our sound has changed with time, roughly a single every 2 months which will be released on all usual platforms that we have just set up, YouTube, Insta, Twitter.

LEIGH – We are having a launch for a small EP in Fibber Magees (Dublin) on Saturday the 1st of June (click here for details). We will have killer support too so we look forward to leveling the place. A full-length album will follow in 2020 once our profile and platform grow. More ears, more eyes, the better!

LEIGH – No, there’s never just one. We come from two different a backgrounds to pin down, there are stages that there’s a brief obsession with an act, maybe an artist a month, but the past few years it’s been better for us to not listen to anyone, or really care what anyone else is doing.

We are out for ourselves and our own sound, we can’t make that authentic by listening to other achievements… Pantera, Eminem, Michael Jackson, Rage, Tom Waits, Luke Kelly, The Smith’s, Dre, Sex Pistols, Nine Inch Nails, Chance, Death Grips, Francis & the Lights, Saint JHN, Travis Scott, Kanye (genius), Bon Iver, Kendrick. All have played their part somewhat equally. There’s something to learn from everything. Even the shite.

NIALL – The folks on the lower tier of the underground are great, supportive, helpful and genuine fans even tho most of them are struggling musicians themselves, fortunately, or unfortunately we have no urge to remain in this state for long, we do find semi-popular bands, promoters, and representation a little supercilious.

LEIGH – It’s seeming quite difficult to get for lack of a better industry term, our “foot in the door”, regarding management, decent slots, festivals or just a general fair shake from our brief scope with asking for opportunity’s from those with larger platforms.

That could be our facetious nature and the fact we’ve been back in the game for 2 minutes, but we work our arses off so this we expect will all come. We never forget who helps us out, said kind words, spread our product or anything positive. And the reaction to our live shows thus far has been exceptional. We are very great full.

We have no expectations, social media is a dopamine farm, especially for aspiring musicians, it’s doesn’t work, we preferred the old way, plus we didn’t know the music industry back before it evolved so we take it as we comes, making sure not to fall back into habits that made us so alienated to the business in the first place.

That’s what most artists forget when coming up now and it’s unfair that they have to educate themselves… but it is a business.

SHOW-BUSINESS. You can’t expect to succeed unless you have the acumen for both.

We have some famous friends that keep us in the scoop with how the whole beast works and all the little meandering intricacies that go with it from bottom to top. Nobody will be taking us for any more than we allow them to.

The writing process is simple, Leigh takes three genres, shits out a banger in two days, Smiley takes it home and writes his bars, we take a few hours correcting words, throw down the hooks and live instruments and that’s it. No messing around. No time wasting. Just wall to wall slammers. Week in, week out. Take it to the stage and get off. Easy.

LEIGH – It has to be The Prodigy. No band transcended genre and brought it to such an explosive live show like they do/did. Incredible. 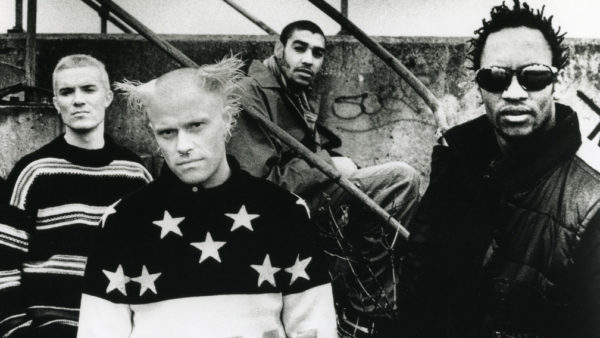 NIALL – This is impossible to answer due to the variety of influences. But if we had to say one, then subjectively it’s Eminem, The Marshal Mathers LP. 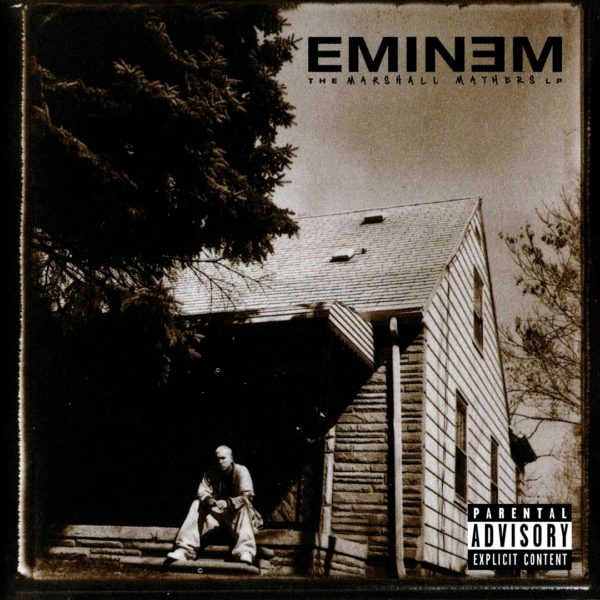 I think that album took disenfranchised kids like us and gave us something to relate to. If it wasn’t sports or academics. It’s was that album. That started it all, for the honkeys.

LEIGH – The plans are primal. Play as many gigs as possible, keep releasing music, build our profile, expand our product, lengthen our live show and attain some legitimate representation. We want to be everywhere next year. Simple as. 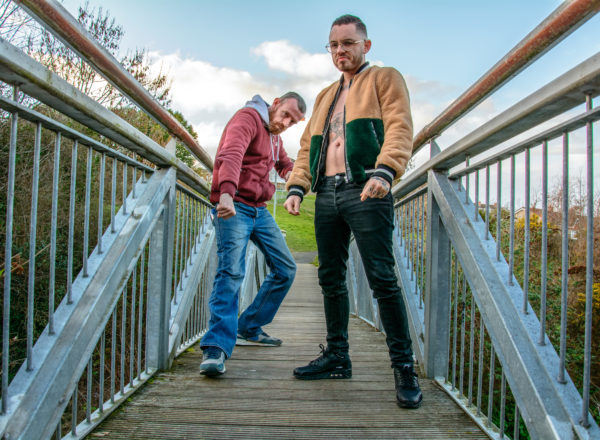