Having discovered DROUGHT late last year, there is no question in our minds that this new Irish Black Metal project will be making a hell of a lot of noise in 2020. Find out more…

Hailing from Dublin, Ireland, DROUGHT brings a cacophony of styles to their pulverizing aural attack.

With elements of Black, Death, Doom, Sludge not to mention a good dose of groove, the result is simply meritorious.

Overdrive caught up with guitarist Dave to give a little insight into the bands’ history and their plans for 2020. 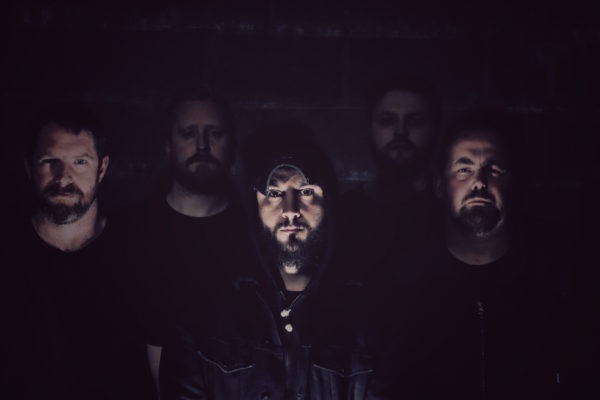 OD – Give us a brief background on the band and the genre that best describes who you are?

DAVE – The band initially formed in early 2019. All members had previously been/are currently involved with bands that had achieved various levels of success with labels, touring etc.

However, each one of us shared a mutual feeling that there were things remaining that had not been achieved previously in any of these groups.

This collective is the vehicle to reach those goals. We prefer not to label ourselves as one particular genre, but we draw influence from Sludge, Death, Black and Doom Metal primarily.

We have another EP prepared which we hope will see the light of day very soon, so I’d urge you to keep an eye out for that release. We’re always open to the idea of collaboration, so if anyone would like to create something with us, please reach out.

DAVE – Again, I wouldn’t say there is one artist in particular that currently inspires us. But for me personally, I got into music from a very young age through early Slayer and Metallica records, before eventually pursuing the heavier and darker ends of the musical spectrum across the metal spectrum, and beyond.

DAVE – As we are a very new band, we haven’t had much time to be exposed to the “scene” as such. However, we’ve received some great support from Overdrive.ie, Pethrophile Promotions in Cork and more, from our first announcements and we’ve received very good feedback on the first release. Our focus now is on what we can add to the scene here.

OD – With the dramatic change in the way the music industry has evolved, how are you experiencing the current climate as a band starting out, and what changes would you like to see in the future?

DAVE – Two things come to mind, the first is the cycle of needing recognition to get gigs but needing gigs to get recognition.

It can often be hard for new bands to secure good shows until they’ve been recognised in the scene, but it’s also hard to get this recognition without getting in front of people and playing gigs. We’ve been lucky so far that people have taken the chance with us and booked us for some shows, despite our limited output so far.

The second major change I see is that physical music just doesn’t sell the same way it used to, and I think this is even more true for underground bands. With streaming/mp3s, people aren’t buying the CDs so it’s up to bands to adapt to this and use streaming etc to their advantage.

For us, any platform that can get our music in front of people is good, as it increases the chances of people hearing us and attending shows, which is where we believe music takes its true form. It should also be noted that I slowly see albums dying out, as a lot of people don’t have the attention span to sit and listen through a whole album, which is unfortunate.

For a band, this also lends the opportunity to extend their promotional span as if you split an album into multiple smaller more frequent releases it keeps you fresh in people’s minds for a longer duration.

So it’s all about how well you can adapt to the changes, rather than wishing things went back to the old ways.

OD –  With regards to the process of writing material, is there a particular method that works, and if so, please let us know?

DAVE – I don’t think we could say there’s a one size fits all approach, for us anyway. We write in many different ways. Usually, though we will start with a guitar idea and flesh that out into a rough structure on a home demo and then dissect it as a group during rehearsals before putting it all back together into its final form. However, we’ve also gotten inspiration from non-musical ideas or external things like movies or concepts etc, that we then write the pieces around as a group.

DAVE – Anyone that shares the same burning passion to create as we do and anyone that is in this for the right reasons. If I had to pick, it would probably be Dragged Into Sunlight or Ulcerate.

DAVE – It’s too difficult to pick my favourite of all time, but two albums that really blew me away when they were released were Carcass’ “Surgical Steel” and Altar of Plagues “Teethed Glory and Injury”.

In the case of Carcass, it was a brilliant return to form that retained that thick and heavy production from “Heartwork”. With “TGAI”, it was a band that took a risk to step outside the box and I think it sounded killer, a great balance of furious intensity and moments of tranquillity.

DAVE – We will get ourselves established within the Irish scene in the first half of the year and then the sights will switch to further afield. We’ve just released our first EP with a second to follow shortly, more details of which will be revealed soon.

After that, we will continue writing and see where that process takes us. We’d like to do some sort of split/collaboration at some point in the year, so hopefully, we can make that happen.

OD – Are there any scheduled shows on the horizon?

DAVE – We’re playing our first show in Cork on Feb 8th and we’re in the process of securing a show for Dublin too. After that, we’d like to cover the remainder of Ireland and then look at getting out to the UK and Europe.

For more information on DROUGHT please click one of the links below; 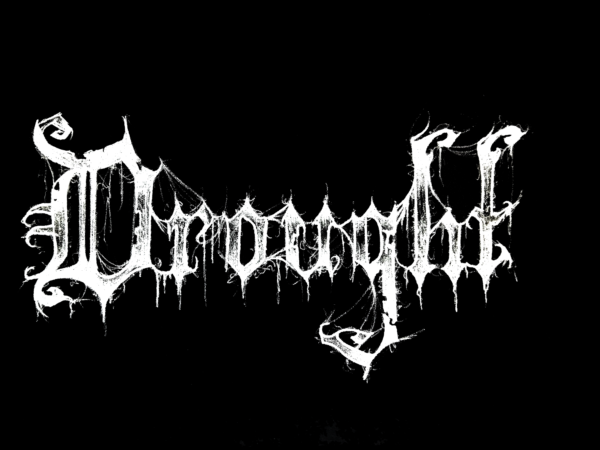