OVERDRIVE DISCOVER – THE PARASISTIC TWINS ARE BRINGING HARDCORE, DOOM, METAL AND PUNK TOGETHER IN UNHOLY MATRIMONY.

Ripping a page from the Killing Joke school of lo-fi noise, then setting it on fire via the way of Today Is The Day and Godflesh, Hull’s scariest kids, Parasitic Twins are gearing up to unleash their debut EP; the furious “All That’s Left To Do Now Is Sleep With Each Other” on October 26th.

Recorded live and raw, at Melrose Yard Studios in York, the hardcore duo, made up by guitarist/vocalist Max Watt (Rotting Monarchs) and drummer Dom Smith (Mary and The Ram), have performed together previously as part of Seep Away was born of a desire to create the most abrasive sound they could.

Discussing their debut single, “Massive”, Watt had this to say: “It’s about that mental sense of abandon that comes once in a while and turns our lives into ash. Temporarily, of course. Everyone’s been in that place where long-term plans and prospects just become irrelevant and all you can focus on is immediate day to day shit, and one day you wake up and think “Goddamn, what was all that noise about?” At the time it’s huge but with time just becomes a notch in your past, then you gotta make the reparations, and push all that negative shit to the back.”

Hammered into the raw aggression like a nail into splintered wood is a youthful rage desperate to be heard. Taking comfortable influence from the late 90s sludge scene, the track “Flipswitch” borrows from the Raging Speedhorn school of duel vocal ferocity while “End” wraps a chain around the Biohazard-esque bouncy hardcore and throws it on the heap. Making “ATLTDNISWEO” a white-hot blast of crusty oblivion, perfect for fans of low end, aggro-punk. Listen to at wielding volume. 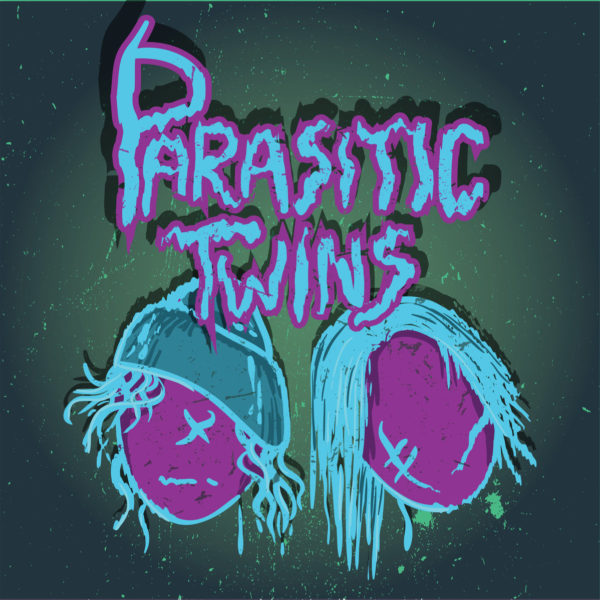 DOM – There’s a track called ‘Massive’ available from our Bandcamp which you can access here and that’s taken from our first EP, ‘All That’s Left To Do Now Is Sleep With Each Other’, and

that’ll be our first output. We’re excited about it, dude. Like, it’s definitely, the most intense thing we’ve done together, through our former bands, Seep Away and Stickybackplastics, this is definitely a killer new chapter.

OD –  Was there any one particular band/musician that inspired you to get involved with music and if so, who?

DOM – For Max, I think it was a lot of the bands coming out of the US hardcore punk scene, bands like Backtrack and Pitboss 2OOO – that’s definitely more his vibe, man. For me, I grew up on 90s alternative rock, grunge, nu-metal and industrial music! So, so long as there’s a solid beat to everything, I’m cool. But in terms of a stage show and energy, I try and channel early Marilyn Manson and Nine Inch Nails.

DOM – Man, I kinda went off in another interview about how we say we are a Hull band – as I live in Hull, and Max lives in York – and I said how we attracted a lot of drama in York, and how I was more excited to be part of a Hull scene. That’s true, but that’s mainly because Hull is new to me, as I haven’t lived here full time in nearly a decade. I love Hull’s metal and hardcore scene – there are bands like RUNOFFTHESTATIC, NEWMEDS, Three Day Millionaires and NOUR doing pretty cool, different stuff. The metal scene is thriving, with bands like Off Allies doing really ace too.

Still, the more underground scene in York is where we cut our teeth (more specifically in Seep Away), playing with bands like Pat Butcher, and our future tour mates, The Carnival Rejects. Similarly, we got to meet awesome bands like Mothcob from out of town, through the amazing BGB collective in York.

So, yeah – the punk scene in York is very exciting, as is the metal scene. It’s definitely one of the best and most nurturing in the country. I wouldn’t be as happy in my life, as well as musically without York’s punk and alternative music scene. 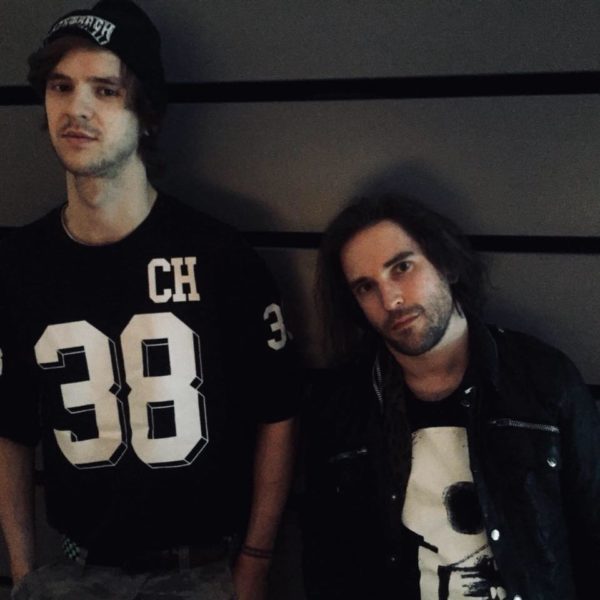 DOM – Man, bands need to have killer merchandise, and tour! Also, make good tunes, obviously! I’m a big advocate for, now at least, releasing exclusively on Bandcamp at our level. Bandcamp is an amazing platform, and indie/DIY bands don’t really get a look-in, in my experience with online streams and stuff like that. There’s not to much money to be made in doom metal on Spotify! Haha! At our level anyway.

Also, we live in an attention economy, so I have to fight to get him to understand the value of releasing singles regularly rather than a complete album! I know that sounds weird, man. But, that’s the reality. I mean, old school music fans, yeah – but people 16-35 at least, don’t consume music the same way now. That’s just my take, mind!

‘Massive’ is about feelings of guilt, and making reparations for errors, I definitely think it’s a catharsis or an escape for him, I respect it a lot. For me, I’m influenced by hip-hop and industrial beats – that’s not in our music, but I like to think there’s a cool groove, sometimes at least! Haha! Something people can mosh too, that’s all I want is for people to mosh!

DOM – Max would say Bongripper, and I would say Turnstile. Or Dillinger Escape Plan (that’s where we got our name from – one of their tracks).

DOM – For me, Antichrist Superstar by Marilyn Manson – that chaos and energy is everything I love about music. Still stands up today, man. Same with The Fragile by Nine Inch Nails. I think Max would say anything from Backtrack, or Pitboss. Anything with a similar level of ferocity, and full power that he employs in his vocals, guitars and live performance. He introduced me to a band called Code Orange years ago, and their early stuff is also a favourite of his. For me, their most recent record, ‘Forever’ is incredible. I’d love to tour with them.

DOM – Touring with our buds in The Carnival Rejects, and recording more material! I’m buzzed, man.

For more information on The Parasitic Twins, please select the links below;