Having played Download Festival, Reading & Leeds Festival, Rock AM Ring already, you might want to ask yourself how you may not have heard of Greywind before. A brother and sister alternative rock duo from Killarney, Ireland that uploaded their music online and literally had record labels banging on their door the following day.

Greywind have been making a considerable amount of noise considering they hail from the very southern parts of Ireland in Killarney in Co. Kerry.

With the likes of Spinefarm Records and Raw Power Management taking them under their wings, their debut album ‘Afterthoughts’ was released through Spinefarm last year and saw the duo perform at some of the biggest music festivals during the summer. 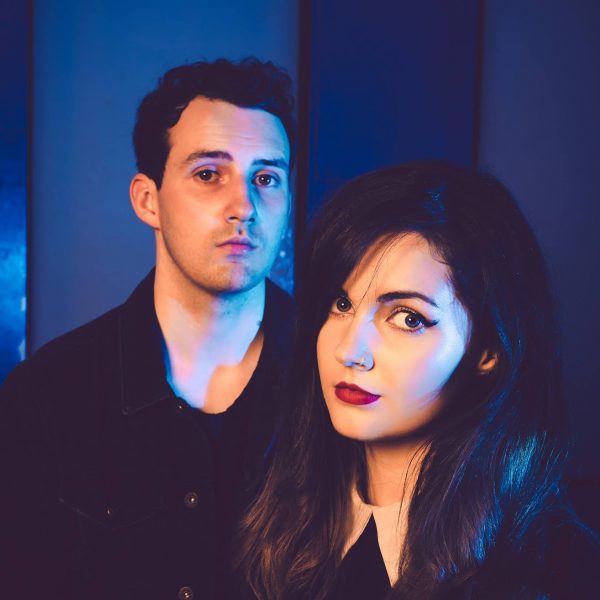 Inspired by the likes of Thrice and Jimmy Eat World, Paul and Steph O’Sullivan would dream of a bigger future: touring the world and playing on The Warped Tour. Bargain flights to the UK to see bands such as Brand New offered a glimpse into a whole other existence, but a dearth of other local musicians meant that their dreams of forming a band never really progressed beyond that.

The turning point came following the suicide of their uncle. Grasping the shortness and fragility of life, Steph and Paul decided to forge ahead despite their lack of a conventional band line-up. Still a hive of enthusiasm, the siblings’ bond is evident with their continuing eagerness to finish each other’s sentences.

Those anticipated years were condensed into a single week. On an ordinary Wednesday night, the pair polished off the lyrics to their first completed song Afterthoughts and then recorded a demo of it the following day. They uploaded it on a Monday and were then immediately deluged by a flood of industry interest.

The journey only continued. BBC Radio 1 quickly took notice when Zane Lowe picked the demo as his Next Hype. After the industry-focused rush of meetings subsided, Greywind focused on developing those ideas during a creative spell with Grammy-winning producer Jason Perry.

Enamoured by Perry’s creativity and enthusiasm, Greywind called on his skills again to record their debut album during a three-week stay at Texas’s Sonic Ranch Studios. From the studio’s rich history to the scorching weather, it was an opportunity of a lifetime. Most importantly, however, was a chance to hear their ideas – almost entirely written on acoustic guitar – evolve into beefy layers of sound.

In April 2016 Greywind played their first ever live shows, which took place on a sold out UK tour with Moose Blood. Throughout the rest of the year, they played shows with Thrice, Young Guns, Farro, along with festival appearances at Reading & Leeds Festival, Slam Dunk and The Great Escape Festival.

Greywind started 2017 with a sold-out debut headline show in London along with incredible reviews for their debut album “Afterthoughts” from the likes of Kerrang!, Alternative Press, Rock Sound and Upset Magazine. The album charted in the Official UK Rock Chart and was released on January 27th. In Summer 2017 Greywind played  Rock am Park in Germany, along with Download Festival and 2000 Trees Festival in the UK.

Their debut Irish performance will take place in Dublin’s Academy 2 on Saturday, March 24th with tickets on sale now via Ticketmaster priced at €12 (inc booking fee). 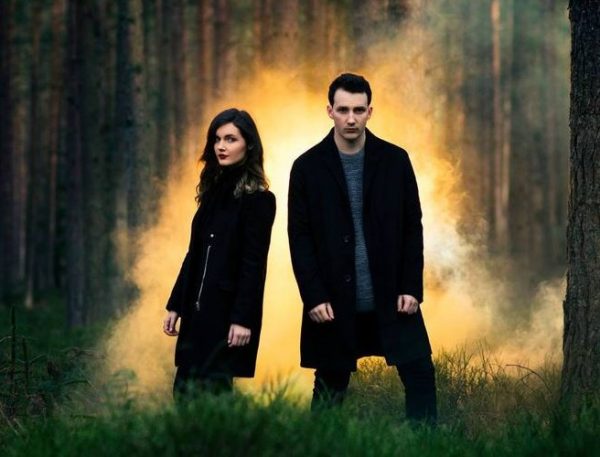 Paul: We would describe ourselves as an alternative rock band. Growing up we always wanted to start a band but sister and I could never find any other musicians, so in early 2014 we got really frustrated and decided that we couldn’t wait any longer and made the decision to start the band as a two-piece.

We booked ourselves into a studio for the first time ever in July 2014 to record a demo of our first ever finished song called “Afterthoughts”. Then we posted it online and 24 hours later we had emails from major labels and management companies, so it was the craziest 24 hours ever, especially when this was the first song we had ever finished writing and we had never played a live show before.

Shortly after that Zane Lowe started playing the demo on BBC Radio 1. After that, we spent a year writing our debut album “Afterthoughts” and recorded it in Texas. Since then we’ve gone on to play with some of our favourite bands and the likes of Reading and Leeds Festival, Download Festival and Rock Am Ring. We feel really grateful for everything that has happened to us so early on in our career.

Paul: Our first and only release so far is our debut album “Afterthoughts” which was released in January 2017. We’re always working on new things so you can definitely expect something new soon. 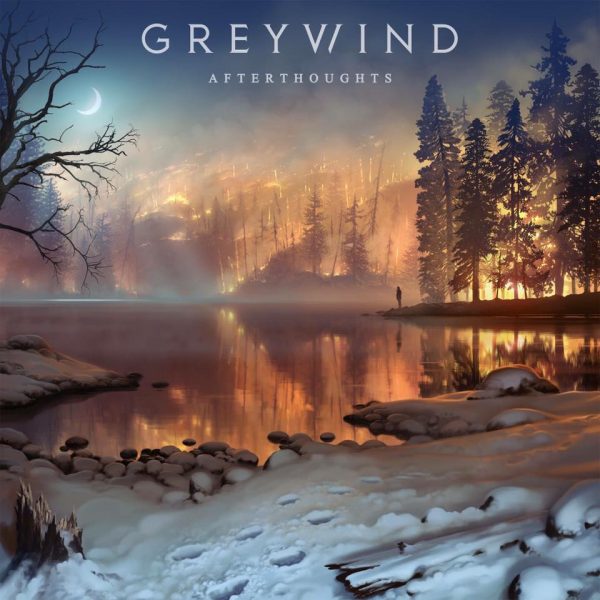 STEPH: My Chemical Romance and Fall Out Boy were the two bands growing up that made us want to become musicians ourselves.

PAUL –  To be honest with there being no rock scene in Killarney we had no help or any local bands that we could look at for inspiration when we started this band. Hopefully, we’ll be able to inspire new rock bands from Killarney in the future.

STEPH – We’d like to see female artists being treated with the same respect and opportunities that male artists are given.

PAUL –  Usually I’d come up with a melody/first draft of lyrics and then show it to Steph. We’d then work on it together to perfect it, recording rough versions only using voice memos on my phone. We like hearing new songs in their rawest form so we know if they’re good enough, so we don’t ever record new songs with proper equipment until way down the line after we’ve lived with the rough recordings for a long period of time.

STEPH – We’d love My Chemical Romance to come back so we can tour with them. They’ve always been one our my biggest inspirations, so that would be amazing.

PAUL –  It’s always difficult for us to pick our number 1 favourite album of all time but “Clarity” by Jimmy Eat World is definitely up there for us. It’s an album that has inspired us a lot. It’s such a beautiful album that moves at its own pace going from really beautiful slow songs to big fun rock songs. It’s an album we’d definitely recommend to anyone if they haven’t checked it out before. 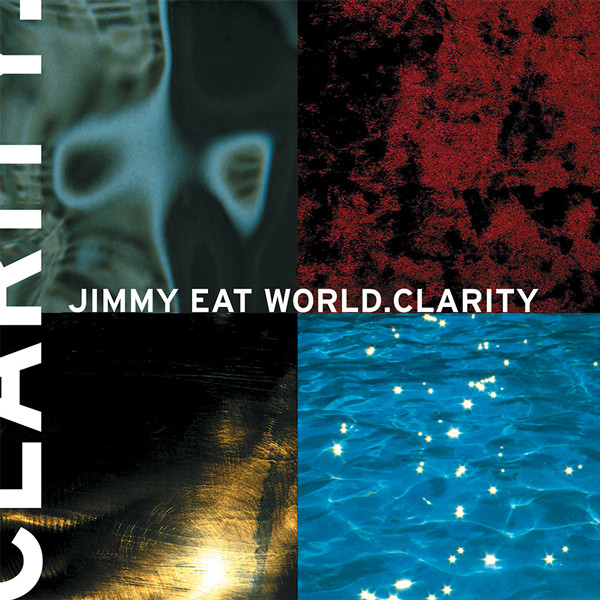 PAUL –  We’re playing our debut Irish show at The Academy 2 in Dublin on March 24th which we can’t wait for! It’s going to be a really special night for us to finally play a show here. We’ll be announcing more things soon so definitely keep an eye on on our Twitter, Facebook and Instagram.

For more information on GREYWIND, please visit the links below; 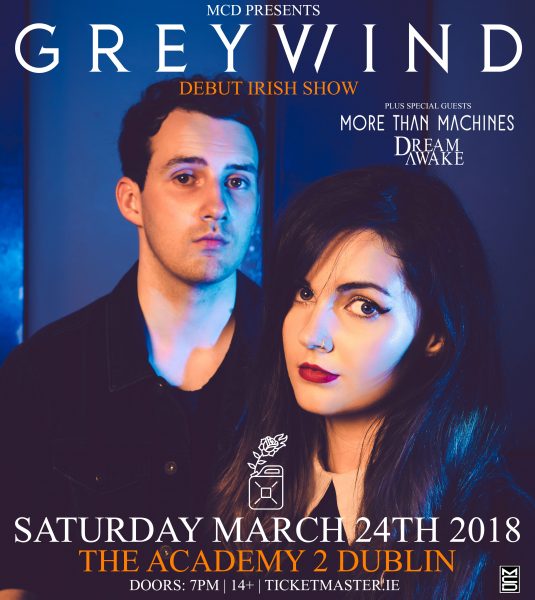