Stoke-on-Trent metal crew, BALLSDEEP gave us a little of their time to get to know them as part of our ‘Overdrive Discover’ series of artist spotlights. So get stuck in and give your ears a Spring clean with some face-melting new music! 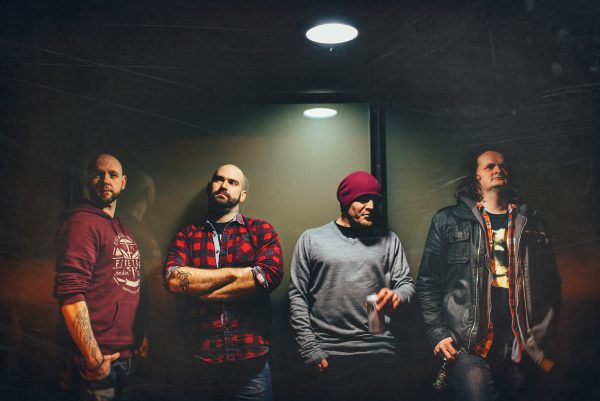 No strangers to unleashing a plethora of riffs that would make your local guitar sales dude (yes, we all know one) blush with embarrassment, BALLSDEEP are a fucking ferocious blast of powerhouse sonic abuse that is truly a glorious sound indeed.

Described as ‘the bastard sons of Pantera‘, their latest studio offering “…. and on The Eight Day” is packed full of an irresistible cocktail of groove and visceral aggression and should be part of your music collection if you have any respect for yourself as a metal head! We tapped vocalist Rich ‘Bez’ Beresford for the inside on all things Ballsdeep!

RICH – Ok, well briefly the band started late 2010. Me, Paul n Rob came from other recently disbanded bands n with us already being friends, having worked n played together loads before we decided to get together n see what we could do. Will joined us a few years later n it’s been all good ever since!! Pretty much we’re a bunch of absolute bastards who can’t get rid of each other now!!! I think that best describes who we are!! Oh, and soundwise, we dig Pantera, Snot, Down, AC/DC etc.

RICH – So far, we have our first ep ‘Christie’, debut album ‘A Thousand Nights’ and second album ‘…And On The Eighth Day’! We’re gonna be spending this year writing and recording our next album. It could end up as 2 EP’s, yet. It depends if we can contain ourselves n keep the new stuff under wraps for long enough to get an entire album finished!! Hahahaha!!! 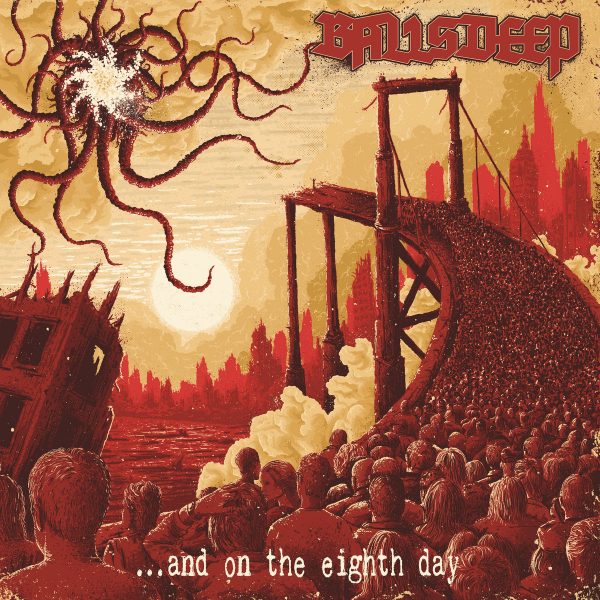 Personally, there are two vocalists, Axel Rose of Guns n Roses and Steven Tyler of Aerosmith!! When I was, like, 8 or 9 they were Gods to me! Their voices and live energy still blow me away today!

They totally made me realise what I wanted to do with my life! After I found those guys I just went on a full on mission to have my head taken off constantly by as many amazing bands n vocalists as I could find!! I fuckin love vocalists like Lynn Strait, Tim Williams, Jahred Ghomes, Burton C Bell, Layne Staley, Mike Patton, Tairrie B, Kurt Cobain, Bradley Nowell, Nicola Honey, Lajon Witherspoon, Phil Anselmo, Pete Steele, Chino, Jonathan Davis, Jazz Coleman …man the list goes on n on n on it’s ridiculous!! Hahahaha, give em all a google though and check em out if you’re unfamiliar with any of em!! Hahahaha

OD – How supportive has the local underground scene been for you, and has it helped the band in any way?

RICH – Definitely definitely!! The local/national scene is so supportive of us and so many other bands as well as management companies, promoters and show-goers! We’ve been able to play shows with some great bands and some of our heroes because of it!!

It’s so important to every band and everyone who loves to go and see bands that happen to be playing at your local venue. It’s more like a huge family!! Now even more so than ever i think. Being part of the “music industry” and becoming immortal and making loads of money will never be sneezed at by anyone, but to be fair it’s not something that a lot of bands even talk to each other about nowadays, really, because the local/national scene is so good and success is so totally achievable!

In the UK especially, it’s so much more rewarding and “profitable” for bands to be self-signed and just do everything themselves. We’re on the road, playing amazing venues, meeting amazing people and not signed to a label, but still having so many people at our shows, wearing Ballsdeep t-shirts and screaming along to us!! It’s just so far out and without the local/national scene, that wouldn’t be happening. It’s all gone just so “Punk Rock” and I totally dig that!!! 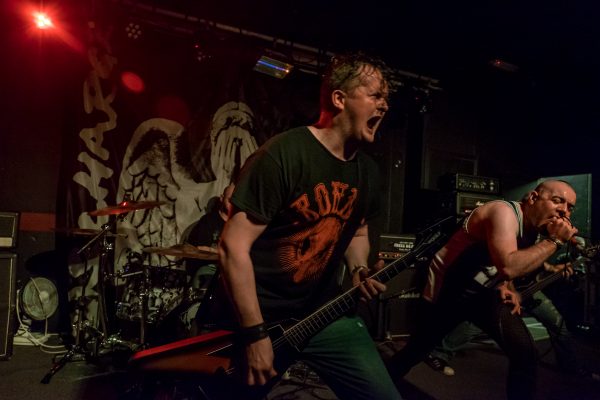 RICH – The current climate is good at the minute! The self-signed industry is hitting the scene with huge success, which is good for us. Everyone’s sticking together more and helping each other achieve success at an awesome level.

Bigger venues and stages are hosting more unsigned shows, with a great response from show-goers. Festivals like Bloodstock, HRH, Hammerfest, etc, are playing a massive part in showcasing the unsigned talent of the country too.

They’re mixing massive longtime signed icons with absolute lowlifes like us (laughs).The Metal To The Masses competition Bloodstock runs has become a proper massive showcase/competition too for all bands!! I love it!! Unity kicks ass!!

I’d just like for what’s going on right now to carry on getting bigger and more successful until it reaches the top and everyone can just make a living doing what they love doing and not have to hold down a day job at the same time.

Then “the industry” would be reborn I suppose, and the world would be brought back to order once again. (laughing)

RICH – Yeah, there’s definitely a method. If you don’t totally dig it, or if it’s just becoming a ball-ache to write, or you can’t envisage where it’s going, it belongs in the bin! There’s no point in writing shit and there’s no point writing shit you won’t feel awesome playing on stage!

Pantera! Pantera! Pantera!! Pantera! (Laughing) Those guys knew how to throw down and party…hard! I know full well if we were on the road with them, it’d be like a match made in hell! Snot would also be so cool though or Vision of Disorder or Bloodsimple or Sevendust! Really anyone who’d be good to chill with, but up for a party too!

Pffft oh my God who came up with these unanswerable questions? (laughs) Man, I’ve got a million favourite albums and for varied different reasons. The two most important albums for me though are Guns n’ Roses – (Both) Use your Illusions and Aerosmith “Pump“.

These albums made me say to myself, “this is what i want to do with my life!! I want to run around on stage wailing n swearing n saying n doing whatever the fuck i want cause I’m a fuckin rock star!!!” (laughing)

RICH – Hopefully, we’ll be playing similar style festivals to HRH and Hammerfest throughout the Summer, but mainly we’ll be getting on album number 3. We’re going to be writing and recording like bitches this year. I can’t wait, I’m all itchy for it now!!

OD – Where can we discover more about the band? Please provide all social media links.

Fuckers!! Now you got me!

Check out the bands latest album ‘…And on The Eight Day‘ via the Spotify link below;