Bloodstock Festival tends to have some rather interesting artists up its sleeve and this year is no exception! Hailing from South Africa, Deity’ Muse will be the first band from their native country to grace the UK’s biggest Independent festival and Overdrive urges you to get acquainted with them!

Having carved a name for themselves in their local Albeton district in Johannesburg to being nominated for ‘Best Album’ in 2016 for ‘Convergence‘ at the annual South African Metal Music Awards.

Overdrive spoke with vocalist/guitarist Wayne Boucher about the band’s history and their journey to the hallowed grounds of Catton Hall this weekend. So, what are you waiting for, discover Deity’s Muse –  a no-bullshit groove-driven alternative rock band that tick all the boxes.

WAYNE – We are a South African band who has been around our particular scene for more than a decade. Only recently, in the last five years or so we decided it’s time to spread our wings outside our borders and it’s been an absolute blast. We have an alternative rock sound with metal and prog elements.

WAYNE –  We have 3 albums currently. Our most recent album is called ‘Convergence’ and was released in 2016. Clint Vincent from Dead Letter Circus produced it and it was an incredible experience working with him on it. We’re currently writing new music and looking at releasing some new stuff in 2019.

WAYNE – For me personally it all started thanks to my dad’s taste in music. He introduced me to bands like Black Sabbath, Budgie, Pink Floyd, Yes, and Led Zeppelin. That set me on a path of self-discovery in terms of seeking new music constantly. In my teen years, I discovered bands like Alice in Chains, Tool and Soundgarden. All major influences.

WAYNE – Our scene is tiny in comparison to the majority of alternative and metal scenes around the world. So, the opportunities there are very hard to come by. So, support-wise, it’s not entirely ideal but it’s definitely helped the band in developing a never-say-die attitude and a thick skin. If you can survive the South African scene after 10 years then you are definitely proving that you’re in it for the long haul. Given that our alternative community is so small it really makes sense for a band like us to experience other scenes around the world, and that’s what our current game plan is.

Check out the band’s latest video for ‘Walls Down‘ below;

OD – With the dramatic change in the way the music industry has evolved, how are you experiencing the current climate and what would you like to see change in the future?

WAYNE –  That’s a tough one to answer. We’re most certainly living in interesting times that we’ve not experienced in this industry before. The current climate is tough. Gone are the days of making music your only vocation. We’re all working day jobs and finding other ways of financial support to supplement our desire to keep touring and playing in a band.

I don’t see this changing much in the future, unfortunately. All I know is that even though streaming has taken over and to a degree, there’s still loads of piracy going on, you cannot replicate a live show experience.

There’s nothing like experiencing a band live and as long as bands keep working hard at producing great shows, there will always be an audience to play to. You can’t really make memories by live streaming a show. It’s just not the same thing. 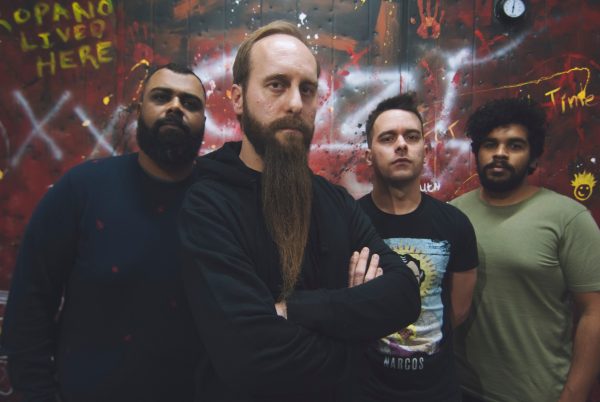 WAYNE – We like to write a lot of stuff individually and then whittling down each person’s ideas to the very best available piecing songs from there. Another method we use often is starting out with a drum groove and building songs out of that, from the ground up. We try to make sure that each track doesn’t have the same groove elements as the last. As far as vocal melodies go, I don’t write those while I’m playing the guitar. I keep my guitar playing out of the equation when writing vocal melodies and approach it as a stand-alone vocalist.

WAYNE – Tool. Definitely Tool. And for the very selfish reason of seeing them live every night.

WAYNE – Tough to answer that one. I would go with Tool’s Lateralus album. It’s got elements of everything I enjoy and to this day no album or band sounds like Tool does on Lateralus. As far as Deity’s Muse goes, Convergence is by far my favourite. It’s got everything we’ve always wanted to achieve and a great building block for the future of our direction and where we’d like to take this. 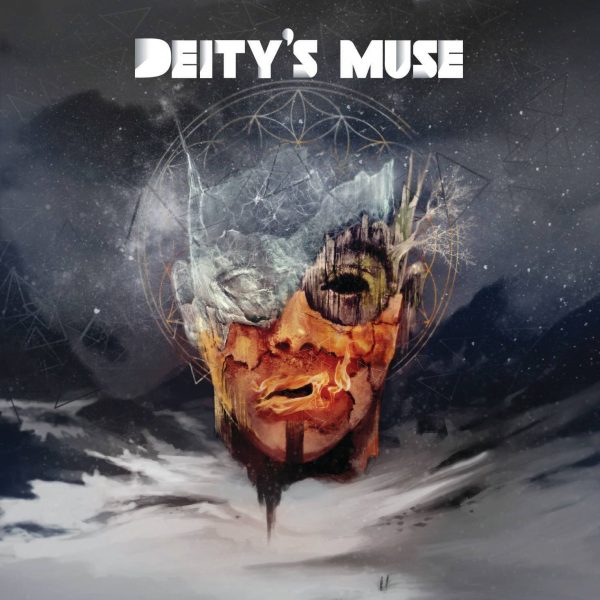 WAYNE – After our Bloodstock show we have a festival performance coming up in Johannesburg called Krank’d Up music festival where we’ll be sharing the stage with Miss May I and SikTh. Once that show is done we’ll be locked in the band room to write new material. We have so many ideas!

Deity’s Muse will be performing at this year’s Bloodstock Festival on Friday, August 10th on the Sophie Lancaster stage at 11.00 am.

For more information, please choose from the links below;