This week, Overdrive Discover takes a look at Dublin-based post-grunge/punk duet, VULPYNES, who have some pretty big plans in the works for 2019. Get an eye-full of the world premiere of their ‘Can’t Sit Still’ video,  streaming below;

Having crafted their sound by a baptism of fire within the Irish Rock/Alternative live scene, post-punk duo VULPYNES have big aspirations to dominate just about anywhere they can this year.

In 2018 they released their debut EP ‘Vulpynes’ on UK label Headcheck Records to critical acclaim – supported Marmozets, Deap Vally and DOYLE (Misfits), blazed a trail across the UK festival circuit, made their German gig debut and released their gritty, impassioned track 2 Cents. 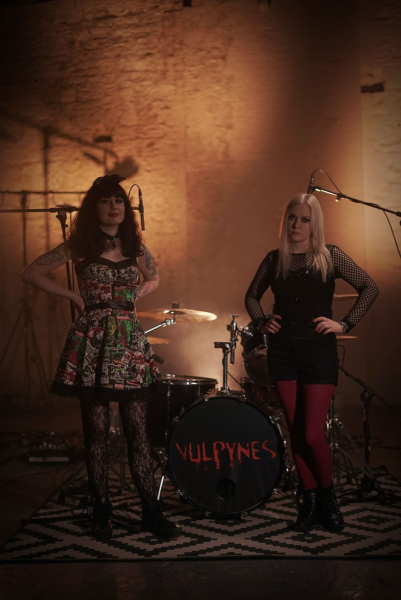 With new Music on the horizon and tours & festival slots filling up their diary for 2019, Vulpynes promise they are only getting started. Check out the exclusive video premiere of their latest single ‘Can’t Sit Still‘ below;

The girls (Molly – Guitar/Vocals & Kaz Drums) took some time out to answer a few questions for our Overdrive Discover series. Get stuck in….

MOLLY – We met a couple of years ago on Boards.ie, we were both looking for like-minded musicians to start bands with and we clicked. You could describe us as feisty, raw, in your face garage punk. That’s a very long sub-genre isn’t it? But it is fitting!

MOLLY – We released our debut EP last year on UK label Headcheck Records. We have been very busy in the studio the last month or so recording new material and we hope to have something new out very soon, that is presently all we can divulge haha. 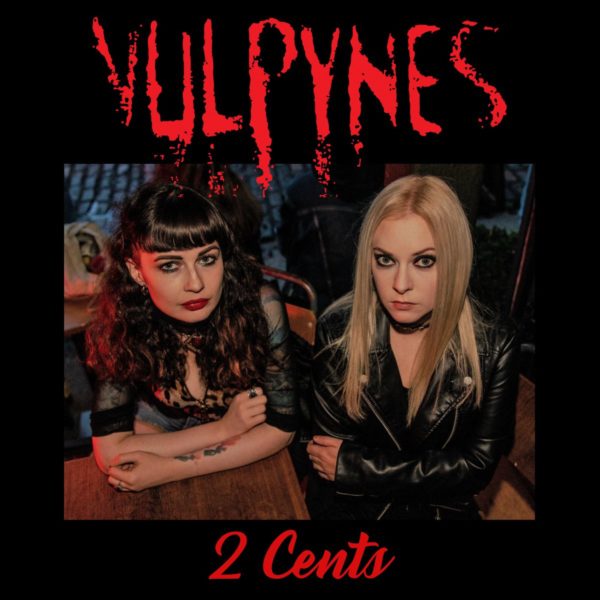 MOLLY – Absolutely loads, how long have you got? Patti Smith, Siouxsie and the Banshees, REM, Hole, Nirvana and L7 were huge influences on me from an early age and I still listen to them tirelessly.

MOLLY – We’ve had a great couple of years playing the Irish scene, it gave us a foundation and confidence to seek out gigs and festivals abroad. We’ve always felt supported here. Live music in Ireland is thriving and it has really helped us get our name out there.

OD – With the dramatic change in the way the music industry has evolved, how are you experiencing the current climate with being a band starting out, and what would you like to see change for musicians going forward?

MOLLY – We’re not doing this a very long time so I’m not sure we would notice any dramatic changes from the good old days when bands made money off record sales as opposed to touring. Luckily we love and live for playing live, so if that’s what we have to do to make a living, bring it on haha.

MOLLY – I have a bank of riffs and lyrics that I’m constantly adding to. Sometimes I’ll complete a song with just lyrics and guitar then bring it to rehearsal for Kaz to add her magical drums and we will structure it together, other times we’ll start with half a song and build it from there.

We don’t have a dead set way of doing things and there is usually little or no conversation about it, we just start playing until the song is a song. When we play it together we both know if it’s working or not. We’re never stuck for ideas.

MOLLY –  The Distillers, Alice in Chains, Jack White – for selfish reasons, I love all of them

KAZ – One band….it’s definitely hard to pick just one! Alice In Chains.

MOLLY – In Utero by Nirvana and Siamese Dream by the Smashing Pumpkins. I adore the guitar tone and overall sound of both. You could ask me next week and I’ll give you two different albums though 🙂

KAZ –  The Holy Bible by Manic Street Preachers. That album got me through a lot, years ago. I can’t always bring myself to listen to it, but I know when I need it, it’s there.

We’re going to Eurosonic next week and London at the end of the month for a Great Escape showcase. We’ll be hitting a few summer festivals here and abroad, so watch this space. Our next Dublin headline is the Academy 2 on the 20th of April, which we are very excited about!

For more information on Vulpynes, please use the selected links below; 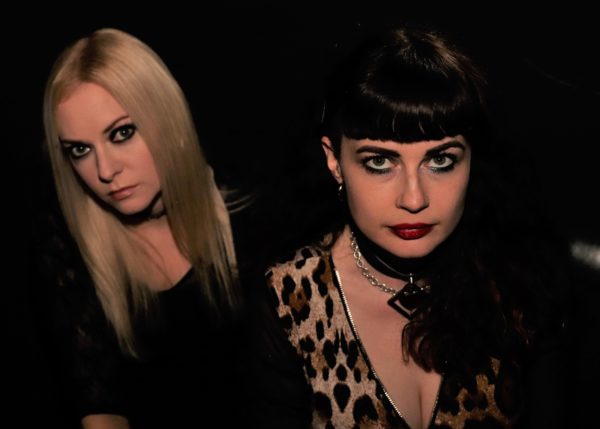