OVERDRIVE EXCLUSIVE – GRAVEYARD ‘We started to feel the ‘itch’ so we got back together and decided to give it another shot.” Truls Mörck

Overdrive caught up with Graveyard bassist, Truls Mörck to talk about the bands return from the brink of destruction, the new album “Peace” and the impact of their experiences from the sudden exit of drummer Axel Sjöberg. 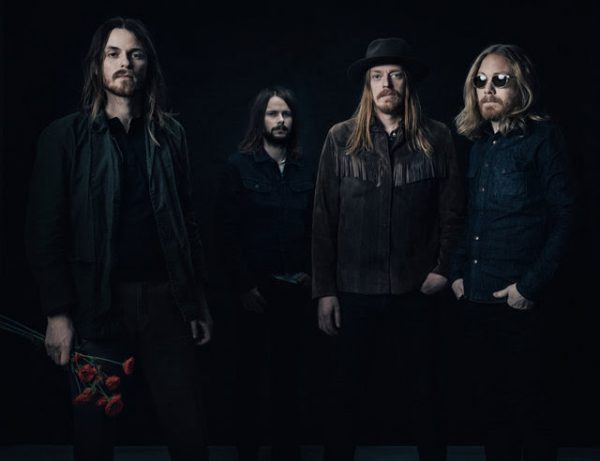 Only four months after announcing that they were calling it quits, Swedish rockers GRAVEYARD surprised the rock world with their surprise reformation with new drummer Oskar Bergenheim.

Graveyard’s breakup in September 2016 was attributed to “the all-so-classic reason ‘differences within the band.'” The group explained at the time: “This is the unfortunate final decision we’ve had to make after going through a period of struggling and juggling with personal issues. Things have gone out of hand and now our energy is very low.”

Fast forward to 2018 and the release of the new album ‘Peace‘ which instantly restored the Gothenburg four-piece’s continuing legacy as one of planet rock’s most cherished heavy blues-rock/psychedelic bands. 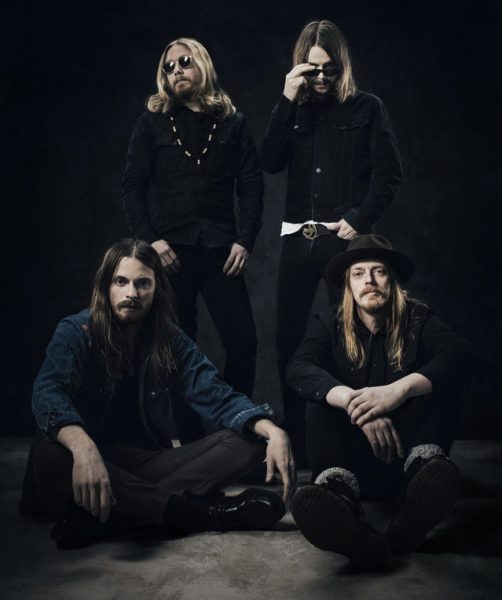 OD – So, what a journey Graveyard has been on since I was last talking to Joakim (Nilsson) back in 2015 when ‘Innocence and Decadence’ was released. How are things now for you guys?

TRULS – It’s a lot better than it has been. We had a rough patch back in 2016 when Axel (Sjöberg, ex-drummer) left the band after a period of conflict and not so much fun. We had a period of touring under bad circumstances where we genuinely didn’t get along with each other and being on the road, so close to each other day after day was becoming a problem.

So a lot of shit happened around that time and things we just really bad. Luckily, we managed to get the band together again and it’s already more fun than it’s ever been.

OD – The new album ‘Peace’ has just about everything that fans of the band can hope for, during that period of turmoil, was there any material already written, or did you just wait until you had announced last year that Graveyard would be continuing before focusing on the new material?

TRULS – More or less, we completely started fresh. About 99% of the album was written after Axel left. When we were starting to talk about getting the band back together, that’s when we started writing this material. We really wanted to get a fresh new start on things and in doing so, we just needed to scrape everything and almost re-build things from the foundations once again.

We just need to reboot the band and leave the negative past behind. There is really only one thing that carried over from that difficult period which made the tracklisting on “Peace“. That track is called ‘See the Day‘, it’s a super mellow song that dates way back to the first Graveyard album that we released back in 2007, that was really the only piece of music on this new album that represents our past. Other than that track everything was written since Spring of last year. 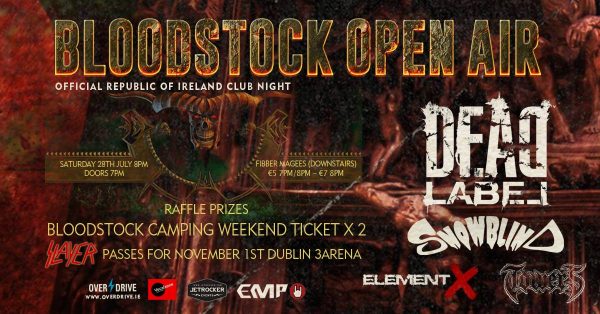 OD – Oskar (Bergenheim, drums) been part of the band now for about 8 months or so? How have things changed since you joined and did you have any hand in the writing process for the new album? 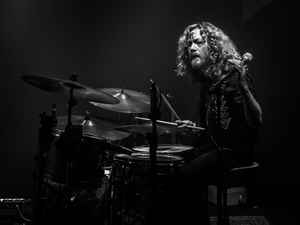 TRULS – We started rehearsing with Oskar back in March of 2017 and the first show we did with him was in Northen Sweden back in June last year. His presence in the band has brought so much direction. When he came into the band, we only had a few rough sketches for songs and then once we started jamming together, his style of playing really started to influence the direction of the albums sound.

Even though he is a very good choice for us, in some ways he shares some of the particular styles that Axel used to have, which in some ways was good, but there is a real difference in the way he approaches his drum arrangements. For example, when we tried to do some of the more upbeat, faster stuff in the past with Oskar, it always turned into kind of a punk style energy, and with Oskar, it’s more kind of a streamlined energy that we thought was much more of a cool vibe to the Graveyard sound. I would go on to say that a lot of the faster stuff that we are doing now is a direct influence from Oskar’s style of playing.

OD – Tell me about the cover art concept because there is a lot of symbolic images on there?

TRULS – The cover art was more of the artist’s interpretation of the music and we just left him to his own device on this as we trust him very much. He picked up on the lyrics a lot and worked with the symbols in tandem which turned out fantastic. He’s very skilled in drawing and painting and used this skill when creating the digital version of the cover.

This is the third album cover he’s done for us and he’s almost a part of the band now (laughing). 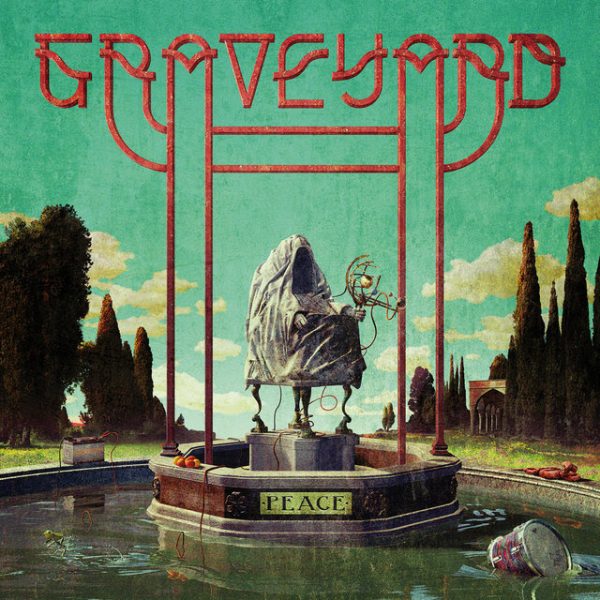 OD – We’ve already seen the first release/video ‘Please Don’t’ and ‘The Fox‘ but will there be any other videos due for release?

TRULS – We have filmed some stuff that will be released throughout the year, most likely after the Summer to coincide with some tour dates. You’ll have to keep your eyes peeled as I can’t say any more about it now.

OD – The exclusive 7” that you had available had two tracks ‘Headache City’ & ‘Something Else’, are there more tracks from the album that we might see released like this going forward?

TRULS – Yes, there are some more tracks in the can but as of now, there are no plans of releasing them. We have two more, but I’m not really sure if we are going to do anything with them, we’ll just have to wait and see.

OD – There is no doubt going to some tours announced in the coming months, would it be right to say that it could be the most extensive tour the band has done in a long while?

TRULS – There’s gonna be a lot of touring for us which really starts in September and will last right up until the end of the year. There is also lots of stuff in talks at the moment and some of it I can’t talk about at this point but all I can say is there is going to be a lot of touring off the back of this album.

Hopefully, we have learned some lessons from the past and we’ll make it easier on ourselves somehow.

OD – I know you can’t confirm, but do you think there will be some possible dates happening in Ireland?

TRULS – I’ve never played there in my time with the band and when we go out in November/December, I’m sure that we’ll look into the possibility of some promoters taking the shows. 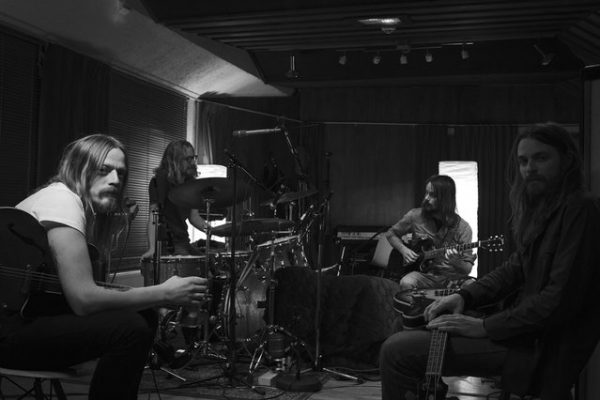 OD – During that time off, was it a collective feeling to come back together and give it another shot?

TRULS – Yes definitely, after spending a couple of months apart and not playing music at all, we started to feel the ‘itch’ and we got back together and decided to give it another shot. The first step was to try and find a drummer which took a while but we were really lucky to find Oskar. Finding him really sparked our inspiration and passion again which is such a blessing.

OD – Do you believe that everything happens for a reason and in some cases, something bad has to happen in order to make way for something better, fresher and ultimately more stable?

TRULS – I don’t think everything happens for a reason unless you choose to believe stuff like that. No matter what happens in life you have a choice to either walk away or try to make a difference with the circumstances that you are dealt.

We managed to turn things around for the better and now looking back on the situation, I think maybe it was a good thing for us. Sometimes things need to be unravelled, only to be put back together again, but in a better, more secure way.

I’m not really a superstitious type of guy so I just think that what happened was just part of life and in some ways, I can see a lot of good things that have unfolded as a result of the band breaking up for that period of time. There were both good and bad consequences that came from that situation, but the main thing is Graveyard are back.

“Peace” is out now via Nuclear Blast. Order your copy via this link. 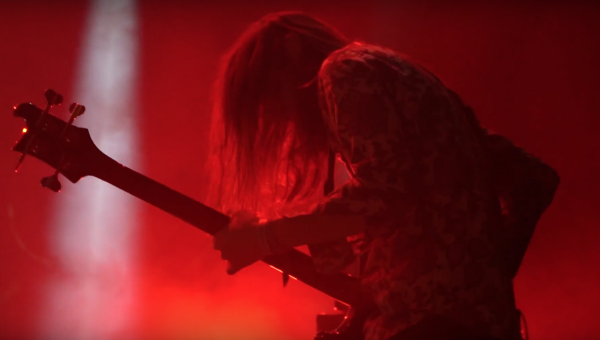