Ahead of Jesse Leach’s Irish debut show with Killswitch Engage on January 29th in The Academy. Overdrive talked exclusively with the bands original vocalist about his return to the Killswitch camp, his solo venture, side projects, touring, writing, his favourite album cover and new music that you should be hearing. 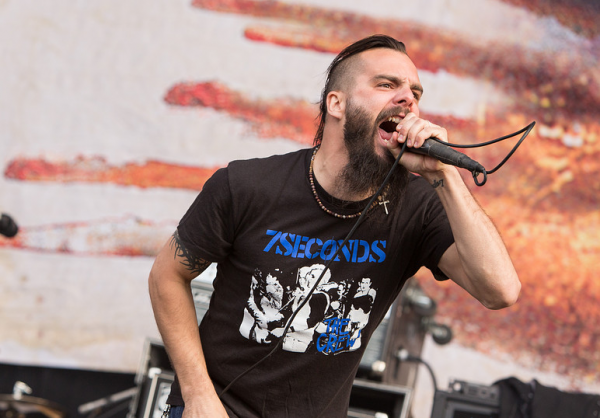 Overdrive– The new album “Disarm The Descent” has had a tremendous reaction from Killswitch fans the world over. When the writing and recording process was being laid down for the album was it difficult to speculate how it would be received?

Jesse – Yes and no. Most of the music was completely written before I rejoined. An entire record was basically handed to me, so it was kind of like,”welcome back here’s the album”. I didn’t have much time to wrap my head around it but the good thing was I had already done “Times of Grace” with Adam so that kind of warmed me up for this and was ready for it. I was working behind a bar in Manhattan at the time and was just itching to do something, so the timing was perfect. The cool thing about this record too, was that we started touring immediately and I got to hang out with the band on the road and it certainly helped with the writing process.

Overdrive – Was it difficult to get back into the comfort zone of collaborating with the band again?

Jesse – Well, the cool thing about the Killswitch guys is that we have always maintained friendships. Just because I wasn’t in the band didn’t effect things. I am very good friends with Adam and Joel and I’ve known Justin and Mike D for a very long time. 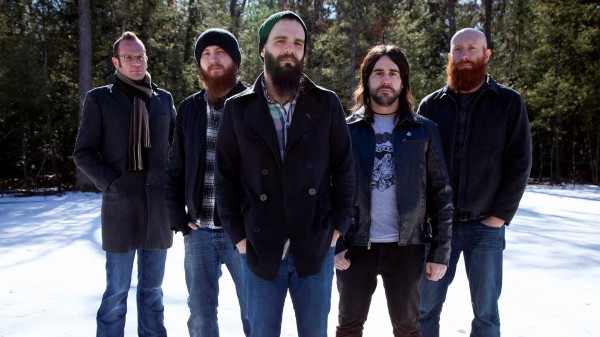 It was a non issue, those guys do what they do so well and it made it very easy to jump back in. It was more like, I was trying to catch up to their speed and learn the ropes and it was easy. Those guy’s are super generous.

Overdrive – When you think back of the process and approach of recording “Alive Or Just Breathing” compared with “Disarm” there must be a tremendous difference in terms of experience. Can you share any valuable tips for younger bands that are feeling the pressure on their first album?

Jesse – What’s important, and what I didn’t have back then, was confidence. Believe in yourself. There is a reason why people are coming to your shows before all the hype. You need to remind yourself why you are doing what your doing. The lines can be blurred by the machine of the music business and when your out on the road, you start believing your own hype and that can be really dangerous.

You need to find a balance between confidence and cockyness and you don’t want to get cocky. When you do that, someone else is gonna show you up and your going to be left by the wayside. Constantly try to improve and push yourself and make sure that it’s you and not what somebody else is putting in your ear.

Overdrive -Your Dublin show is the first of a string of European dates and your first tour of these parts, besides a few festival appearances and the odd show here and there. Can we expect a healthy mix of songs from the back catalogue as well as a substantial amount of “Disarm The Descent”?

Jesse – We have been talking about this recently and we are definitely going to be mixing it up. We want to have a mix of everything that Killswitch has done. Our fan-base in Ireland, Scotland and UK is so rabid we don’t want to disappoint and have been very careful of how we are picking the set list. I’m not gonna give anything away (laughs), but all I can say is that your gonna get a bit of every Killswitch record.

Overdrive – There must be such a difference with touring now, as opposed to the early days when you went out with Soilwork on that first tour, even with simple things like the usual smoking in venues that I believe made your job as a vocalist that little bit harder. How do you prepare for shows, do you have any particular ritual that you can share with other vocalists who share your genre?

Jesse – I have a daily ritual whether I’m on a gig or not. It’s a constant thing keeping my voice healthy. Avoiding allergies, dust and mold. If the air quality is not good I get nasal problems which in turn totally effect the quality of my voice.

It’s a constant thing I have to watch. Staying hydrated first of all, second of all not having too much alcohol or caffeine, not talking a lot between shows certainly helps. Being out in loud bars having to shout can be so damaging. You don’t realise the after effects of just shouting over noise. Spend time warming up the voice and know your instrument. I have been singing for so long, it’s a constant evolution as the vocal chords change over time. Sleep is super important too, you gotta get a really good sleep as that helps the voice. Also, mucus control. Warm Tea and ginger helps. You almost have to be a bit anti-social at times. The list goes on, I could write a book about it (laughs).

Overdrive -Your history goes way back with Adam, and I believe that you have resurrected your previous side project “Times Of Grace” has there been any progression with writing or recording on this project at this time?

Jesse – It’s mostly been just talk over some drinks at this point in time. I think for both of us, we are just really busy. I’m actually working in the studio at the moment with another band of mine (Empire Shall Fall) and Adam took a vacation with his girlfriend for the first time in a long time. So, basically we have just talked about it. It’s really all on Adam as he writes all the music, so he’s real busy at the moment. We will get to it eventually.

Overdrive -I also believe you have been working on the “TheEmpire Shall Fall” project. Do you have any insights as to when we will be able to hear some material and an idea of a possible release date?

Jesse – It’s still up in the air because all of our schedules. The bass player in the band is in another band call “Deerhunter” and they are actually getting ready to head over to Europe to the UK to play Ireland and Scotland. It’s really interesting intelligent Indie Rock, so he’s busy and one of the other guys is a music teacher. The music is there and recorded, so it’ just me getting to lay down the vocal’s when I get the time. Time is a precious commodity for me. I’m hoping that by the end of this year we will have something out.

Overdrive -As well as these projects that we have spoken about, I understand that you are currently writing some solo material. Is it early days to comment on it, or can you let us know what we can expect, as I believe you have very elective tastes in music?

Jesse – The demo’s are produced, and there is only a few at this point. There is a mixture of trip-hop and a little bit of dub-reggae and ska involved. A hybrid of all in one which really comes together as a upbeat mellow sound that you can nod your head too. There is no screaming. It’s more of a departure, purposely from the Metal thing. I have a mixture of influences from early Punk Rock and Ska music, so I really want to go in that direction and have fun with it. I got a whole band that is ready to perform and kick out the jams.

Overdrive -Has there been any writing for the follow up to “Disarm The Descent”?

Jesse – No, we have literally just been touring and touring and Christmas was our longest break in a while. We just saw our family’s and hung out to take a deep breath. We have not done any writing at all.

Overdrive -What music have you been listening to lately that you can recommend?

Jesse – Yea, there’s a bunch of stuff. Menshevik (supporting Killswitch Engage in Dublin Jan 29th) are an awesome band. They are right up my alley. 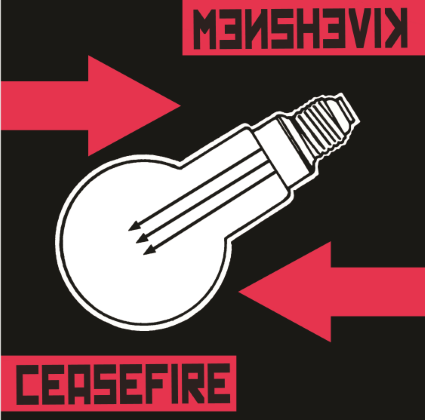 They play the sort of music that I grew up listening too, a 90’s Hardcore sound. I love that stuff. Also, anyone that has not heard of Gojira, needs to check them out. I can’t say enough about how great they are. They are fairly well know, but I think they need more exposure. They are an extremely intelligent Metal band and they are one of the most cutting edge modern Metal bands out there today. They are real artists and they take it really serious which I just love that about them.

As far as new music, I’m all over the place. I just got into some new music from this guy from New York called “Blood Orange“, he’s like a kind of modern R&B, sounding almost like Prince. He grew up listening to Northern Soul and has that going on in the music. He has a great warm analogue sound that he creates all by himself. Its a breath of fresh air and the guy is just so talented. There is also a band from D.C. called “Wye Oak” and they do a real kind of Psychedelic Rock thing that is created by just two people.

Another band from the UK, they used to be in a band called “Conflict” they were like a Crust Punk band, anyway they formed a band called “Inner Terrestrials” and they do a form of Ska and Punk. Almost like Operation Ivy style but with a little more gritty Punk mixed with Reggae. The album is incredible. They play in little festivals all over the UK, so check them out if you get a chance. They are actually saying something which is great because most bands are not doing that.

Jesse – There is so many. I’m a huge Goldfrapp fan. Her new record sounds like a soundtrack to a dream. If you put it on in the background, or if your on a long drive, it just takes you to another place.

Overdrive -What is your favourite album artwork of all time? 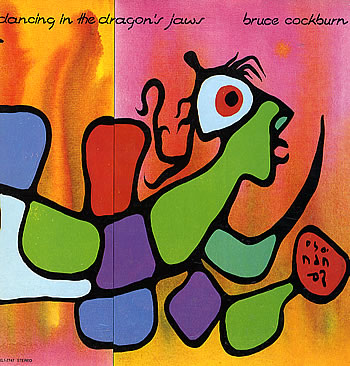 Killswitch Engage will take to the Academy Stage on January 29th with support from Menshevik and Battlecross. There are a limited amount of tickets available for this show and are predicted to sell out over the coming day’s, so don’t miss out! Tickets available now with Ticketmaster.

Overdrive and MCD are giving you a chance to win a pair of tickets to the show on Wednesday 29th of January. All you have to do is like the Overdrive Facebook page and share the competition graphic (See below) in our timeline. The winner will be chosen on Friday 24th January and announced on Overdrive’s Twitter profile. 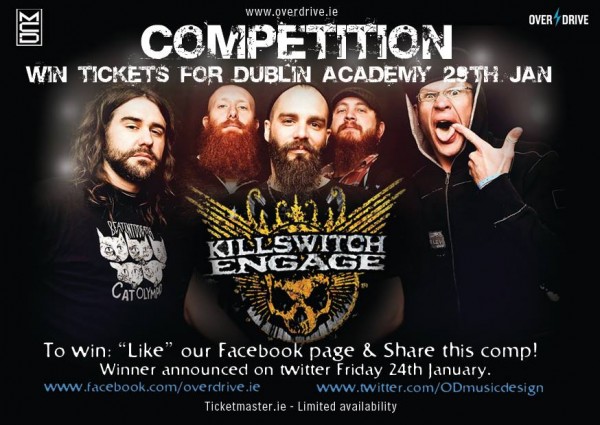 Disarm The Descent is out now via Roadrunner and can be purchased here. 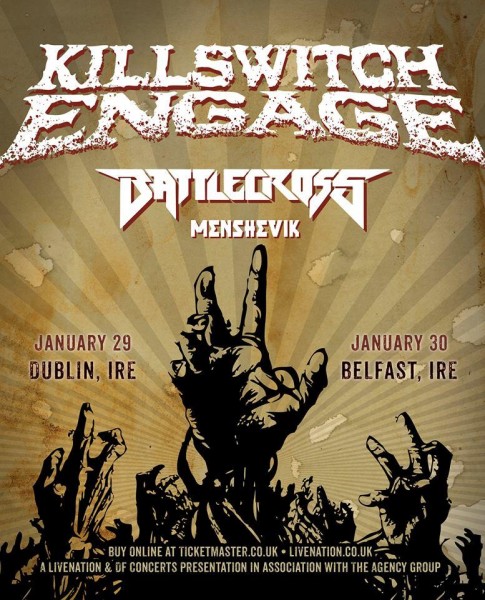