Overdrive talks with The Maine ahead of this weekend’s Dublin show.


Overdrive caught up with The Main and had a chat with vocalist John O’Callaghan about the new album, touring, writing, vinyl records and the bands show in Academy 2 this Saturday. 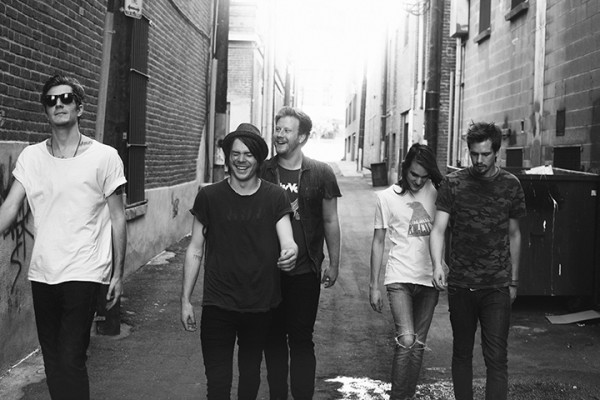 OD – The new album “Forever Halloween” has had a tremendous reaction from your US fans with a Billboard 200 entry of 39 and roughly calculated sales of over 10,000 in the first week. Did you speculate that you would have such a successful reaction considering the current state of the recording industry and the rampant illegal downloading that takes place?

John O’Callaghan – The reaction we’ve received has been nothing short of radical. We honestly couldn’t ask for a more devout and supportive following. The 8123 family is growing and it makes me rather excited for the future!

OD – It would seem that there is a definite concentration on breaking into the European market for 2014. Do you see any particular differences amongst fans and the general methods to which music is consumed when touring outside of America?

John O’Callaghan – Culturally, there are differences obviously, but music is universal and the love that coincides with it is as well. We’re just fortunate to be able to travel with our tunes and play for people all over the world.

OD – When you think back of the process and approach of recording “Stay Up, Get Down” compared with “ Forever Halloween” there must be a tremendous difference in terms of experience. Can you share any valuable tips for younger bands that are feeling the pressure on their first album?

John O’Callaghan – Do as much on your own as possible. At the end of the day your name goes on what you share with people and you have to be able to proudly look at the reflection in the mirror. Put your entire being in what you do and compromise on nothing for no one.

OD – Your Dublin show is the first of a string of European dates that will see you tour across the UK before heading to Brazil. With all the experience of meeting new people and experiencing new cultures do you find the time to incorporate your experiences in writing whilst on the road?

John O’Callaghan – I certainly attempt to make notes of every experience I have while on the road. Traveling definitely creeps into my songwriting, but I do most of the actual writing when I’m at home. I haven’t jumped into the writing headspace just yet so I’m unsure of what the next record will be about, but there is still much running around we’ve yet to do so we’ll see.

OD –  On this particular run of Irish and UK dates, there is a real opportunity for fans to get up and personal with your performance. Do you prefer to play more intimate venues or rather the large production gigs?

John O’Callaghan – I just dig on gigs in general. Ideally every band wants to be in a position where they can play to large groups of people, but you can’t dictate that, all you can do is play every show to the best of your ability and enjoy yourself while you’re doing it.

OD – Overdrive has a particular affection and love for vinyl records and noticed that you have chosen to press “Forever Halloween” as an option on vinyl. Was this a decision within the band and if so can you discuss the reason why?

John O’Callaghan – Firstly, we are all kind of audiophiles our selves. We’re huge fans of vinyl, rummaging through piles of records and finding that one you’ve been looking for, taking that baby home and putting the needle on it. We made the album completely independently and own all the rights to this one so we didn’t have to ask permission to press it. Being fans of vinyl, we can only hope to be a part of the process for someone else.

OD –  What was the thought process behind the artwork for the album cover and do you approach this with a clear idea of what you want, or float various ideas with select designers? 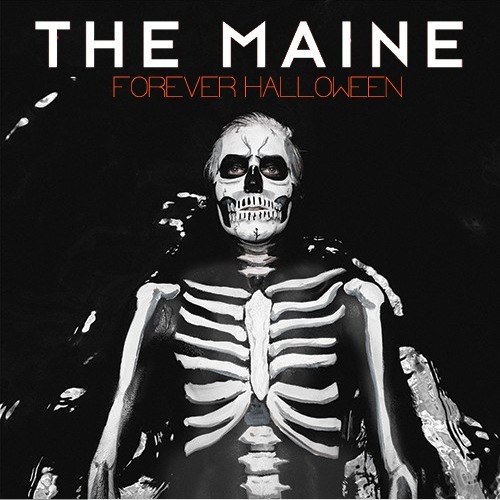 John O’Callaghan – It was a vision I had that was carried out by some very dear people. Dirk Mai took the photos and a dude named Joe (who painted the “M” for our Black & White album) painted our bodies. We’ve known Dirk for years and he and I collaborate pretty well because of our friendship. We seem to just understand each other’s visions and most of the time it’s a harmonious relationship.

OD – What is your favourite album artwork of all time?

John O’Callaghan – That’s a tough one. So many timeless covers. Some Girls by the Rolling Stones is up there for me. Floyd has several albums that are iconic staples in the world of album artwork. Too tough to pick just one! 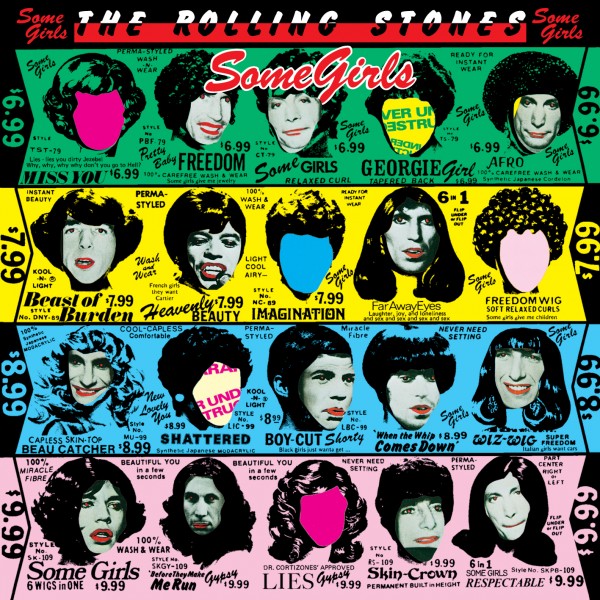 OD – How important do you think artwork, packaging and presentation are for bands in today’s prodominent digital environment?

John O’Callaghan – I believe that it’s still extremely important, not just as an artist, but as a fan as well. In my opinion, an album is an experience and it should all feel a certain way. My favorite records are complete works of art from the album artwork to the very last note.

OD –  When can we expect the follow up to “Forever Halloween”?

John O’Callaghan – I plan on writing the record after the summer. Really just trying to play FH for new people and hopefully adopt some new fans all over the globe. I believe FH still has a pulse and we want to play it for a while longer.

OD –  What music have you been listening to lately that you can recommend?

John O’Callaghan – Hard to pick just one. On An On put out a phenomenal album, Rogue Wave also put out a doozie. Music is dope.

OD –  Finally, for anyone who has yet to see you live, what can we expect from The Maine live?

John O’Callaghan – Five dudes sweating it out with you in the name of rock and roll.

The Main will be taking to the stage of the Academy 2 on Saturday 29th March for an exclusive performance. Tickets are now on sale and selling fast. For more information on the show, head over to MCD for the door/stage times. You can get your tickets from Ticketmaster.ie now.

For more information on The Maine hit this link. 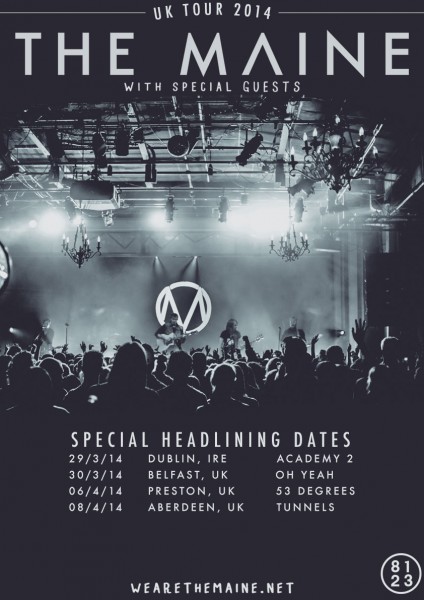