OVERKILL RELEASE LIVE FOOTAGE AHEAD OF THEIR ‘LIVE IN OVERHAUSEN’ ALBUM!


Legendary New Jersey thrashers OVERKILL have announced that they will release their ‘Live In Overhausen’ album on May 18th, 2018 via Nuclear Blast. Check out the exclusive live clip of the band smashing out ‘Hammerhead’ below:

Celebrating the band’s history, ‘Live In Overhausen’ captured not one but two album anniversaries. Fans assembled on April 16th, 2016 at Turbinenhalle 2 in Oberhausen, Germany for the 25th Anniversary of ‘Horrorscope’ and 30th Anniversary of where it all began, ‘Feel The Fire’. A full night of ‘Kill from the past played loud and in its entirety!

Bobby Blitz comments, “From the stage to your eyes and ears! ‘Live In Overhausen’, celebrating ‘Feel the Fire’ and ‘Horrorscope’ in one, filmed/recorded concert,  in Germany, from 2016.  A rare, two-hour look at what has transpired over three decades in one of the world’s hotbeds of Metal. Hang on to your hats kids, it’s going to be a ‘THRASHY-RIDE’!”

Today, the band unveil their first video from the historic show. Check out the video for ‘Hammerhead’ below; 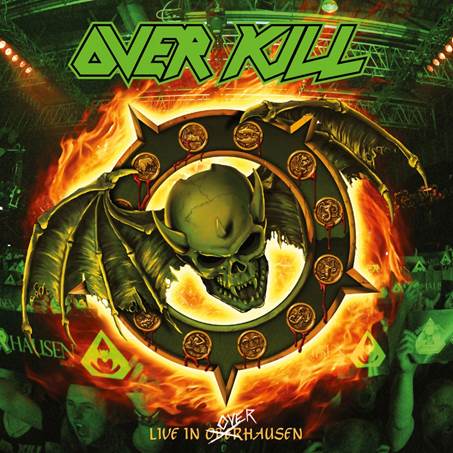