Ozzy Osbourne has revealed in an emotional new interview that he has been diagnosed with Parkinson’s disease. 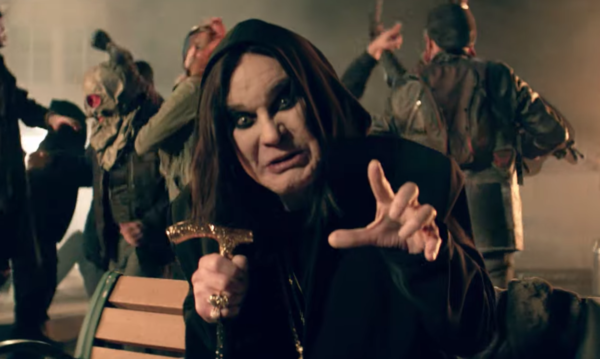 Ozzy and his wife and manager Sharon Osbourne appeared on Good Morning America this morning (Tuesday 21st January) where Ozzy opened up for the first time about his private health battle with Parkinson’s disease.

Reflecting upon his torrid 2019, which saw him battle pneumonia and suffer neck injuries in a serious fall in his bedroom, a visibly emotional Ozzy told Good Morning America host Robin Roberts: “It’s been terribly challenging for us all.

“I found out that I have a mild form of….” Ozzy continued before wife Sharon helped him finish his sentence. 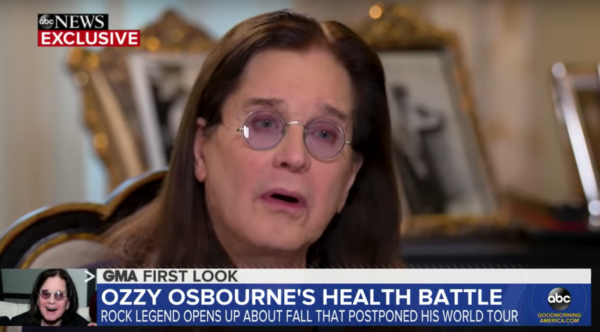 “It’s not a death sentence by any stretch of the imagination but it does effect certain nerves in your body. It’s like you’ll have a good day,  a good day and then a really bad day.”

Ozzy added: “A year ago next month I was in a shocking state. I’m on a host of medication, mainly for the surgery. I’ve got numbness down this arm and my legs are going cold. I don’t know if it’s the Parkinson’s or what. That’s the problem. Because they cut nerves when they did the surgery. I’d never heard of nerve pain, and it’s a weird feeling.”

See some of the interviews below;

As of now, tickets for Ozzy’s scheduled European/UK dates are still intact. Ticket holders are advised to stay tuned to their local promoters for further information.