Health issues persist with the Prince of Darkness as all forthcoming Australian dates are cancelled. Full details here…

Heavy metal icon Ozzy Osbourne has unfortunately been forced to cancel his headlining appearance at Australia’s Download Festival due to illness.

After postponing his entire UK and Europe tour due to being hospitalised with pneumonia, the Prince of Darkness has cancelled his shows in Australia, Japan and New Zealand on doctors orders.

In a statement released today, wife Sharon Osbourne says “Ozzy recently developed pneumonia and has spent some time in hospital. Thankfully he is now through the worst part, (although) his doctors have advised that he stay at home to recuperate for a full six weeks with no travel.” 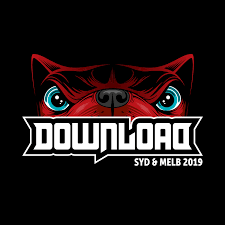 Download Festival, who were set to host the ex-Black Sabbath frontman and heavy music icon for his final visit to Australia in three weeks time, have also released a statement, saying:

“We are extremely disappointed to have to bring this news to you, our Download family, however, it should go without saying, Ozzy’s health and wellbeing is number one. We wish Ozzy all the best in his recovery and hope he is back to full health as soon as possible.

It is impossible to replace Ozzy Osbourne at any time, but three weeks out from Download there is no chance of us securing an act to replace the headline slot.”

In response to Osbourne’s unfortunate cancellation from the festival, Download has added Australian hard rockers Airbourne to the 2019 lineup and is also offering all current ticket holders a merchandise voucher to the value of $45 AUS plus postage and handling available from  24hundred.net, available from 9 am AEDT Monday 4 March 2019.