Pallbearer have announced a short run of European dates as part of the bands 10th anniversary. Find out more below…

Unique Arkansas progressive doom quartet, Pallbearer, will be travelling to Europe this summer to embark on a string of exceptional show dates, celebrating the 10th Anniversary of their seminal record ‘Sorrow & Extinction’.

At this handful of select shows, encompassing both festival and club shows, the band will perform the album in its entirety.

Tickets are available now via this link.

The band have released a live video of ‘Sorrow & Extinction‘ opening track ‘Foreigner‘, from their recent show at Saint Vitus, Brooklyn, which you can watch below..

The live shows scheduled are as follows… 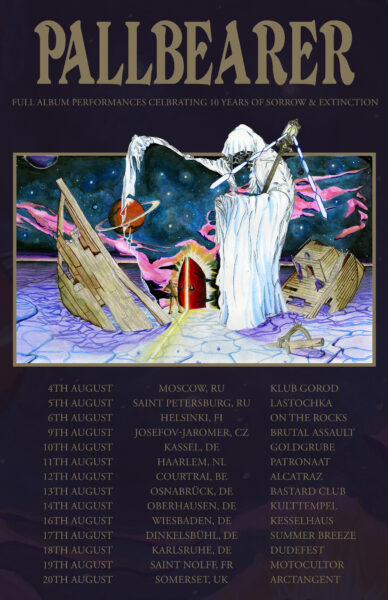