UK Hardcore bruisers PALM READER have announced a crushing line-up for their Irish exclusive show in Fibber Magees on Thursday, August 9th. Be in with a chance to win passes to the show and an official tour shirt. Details below;

Bailer Management in association with Aretry Global have confirmed Nottingham’s PALM READER for one night only in Dublin’s Fibber Magees (downstairs) on Thursday, August 9th.

Support comes from rising hardcore beasts, BAILER and Dublin-based ROUEN. Tickets are on sale now priced at €12.00 (inc booking fee) via Tickets.ie. Please visit this link to purchase. Win passes to the show and an official PALM READER tour shirt (pictured below). 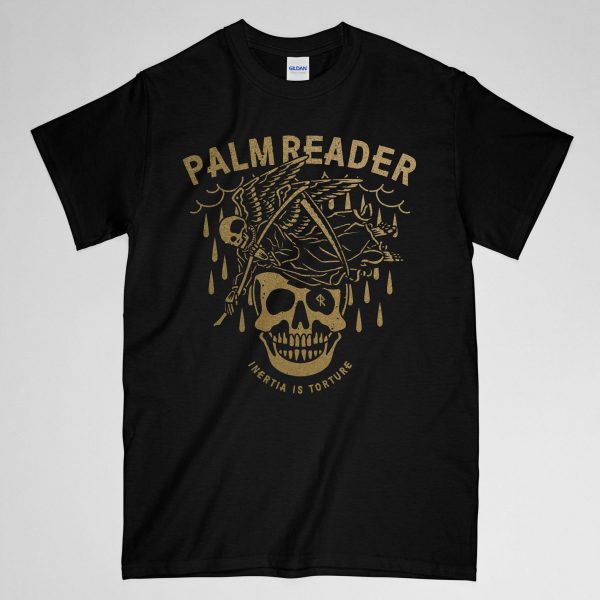 Palm Reader have spent the last seven years honing their craft everywhere from the dingiest toilet venues in Britain to the biggest festival stages in Europe, continuously improving both as a live band and as songwriters as they have crept stealth-like to the upper echelons of the United Kingdom’s most respected underground acts.

With a successful debut album under their belts the band continued their immaculate work ethic into building to the release in early 2015 of their stunning sophomore effort Besides The One’s We Love, once again it’s release, this time on the acclaimed In At The Deep End Records, was met with universally positive reviews. 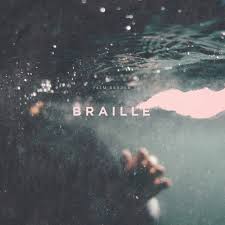 After an uncalculatable number of live shows over five years, the members of Palm Reader decided to take some time away from the live environment to dedicate themselves fully to the creation of their third album. In their absence many young, new British bands have taken commercial and artistic leaps toward Palm Reader, with the band themselves now no longer the young upstarts with potential, instead, the pressure is on them to deliver a career-defining masterpiece. Click here for more information on PALM READER.

Check out the video for ‘Swarm‘ below;

BAILER are no strangers to the Irish hardcore/metal scene and since the release of their stunning self-titled EP earlier this year, the Cork-based four-piece have been grabbing the attention from music press the globe over with glowing reviews from the likes of Metal Hammer and Kerrang!, hailing them as one of the most exciting new bands to emerge in the heavy music scene alongside the likes of Bokassa, Vein, Deafheaven and Code Orange to name a few.

Check out their latest video for ‘Lying for a Living’ below;

For more information on BAILER, please visit this link.

Opening the night’s proceedings is non-other than this year’s Bloodstock Metal 2 The Masses wildcard nominations, ROUEN. Having smashed through the Irish heavy music scene with the intensity of a wrecking ball, the four-piece have been one of the most talked-about bands to burst onto the scene in many years. 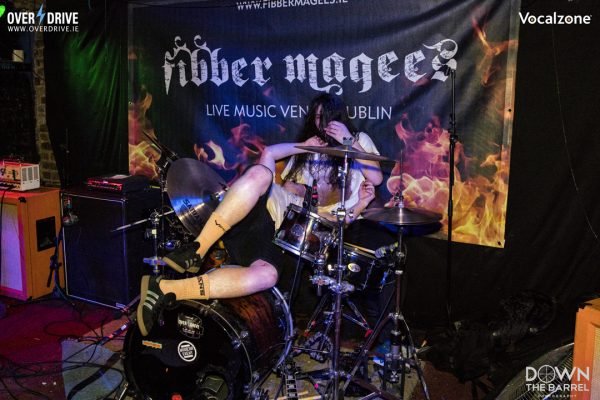 Their hyper-intense live shows have been the stuff of legend with the levels of unpredictability reaching peak points! Check out their Spotify profile below;

For more information on ROUEN, please visit this link. 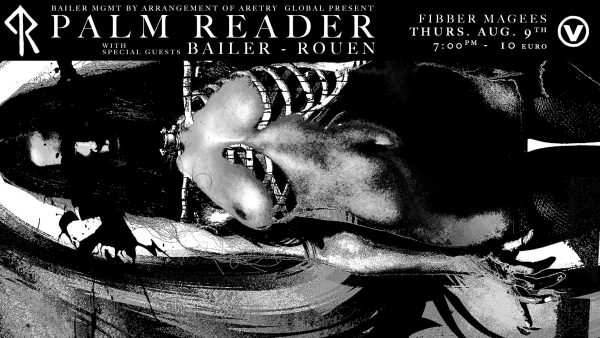 To win passes PALM READER with special guests BAILER and ROUEN, simply click on the below graphic for access to our official Facebook page and do the following; 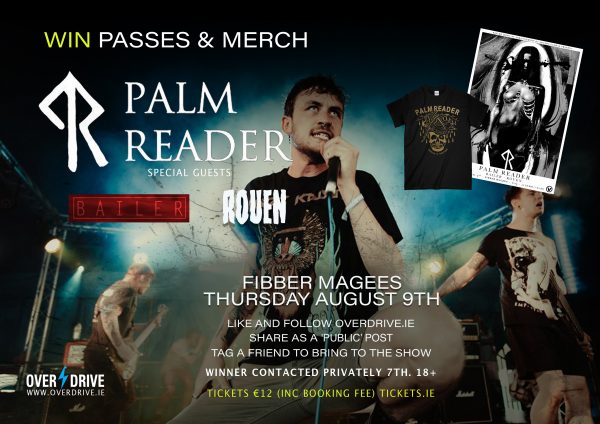 The winner will be picked at random and contacted privately on Tuesday, August 7th. 18+ only. 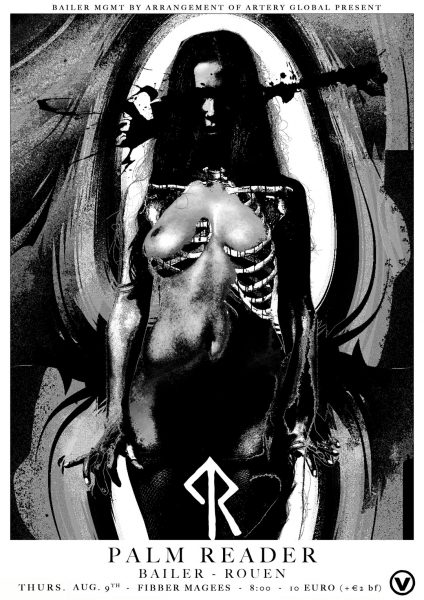