“To be honest, I panicked at the last moment, and just pulled the plug on the project” Phil Campbell


Having spent 3 decades touring the globe as Motörhead’s guitarist, there’s not a lot that Phil Campbell hasn’t seen. Now, with the debut album from Phil Campbell and the Bastard Sons set for release on January 26th, we delve into the details behind the album’s creation from the man himself. 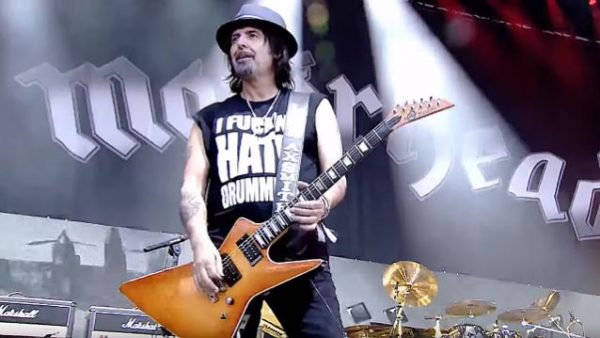 Speaking from his record label’s London office, we are greeted with a very upbeat and happy sounding, Phil Campbell. He’s got a good reason to be chipper, as the debut album featuring his son’s Todd, Dane and Tyla as well as vocalist Neil Starr is boxed off and ready for the world come January 2018.

We take a look under the hood of ‘The Age of Absurdity‘ and find out a little more behind the making of the album, Phil’s first book release and much more.

OD – First of all, let’s start with the album title. “The Age of Absurdity”, you couldn’t be more right with reference to the state of the world right now, but was this the premise behind the title or was it something else entirely?

PHIL – Yeah, Todd (Campbell, guitars) came up with the title and I thought it was such a good name for the album. Neil (Starr, vocals) already had some lyrics verging on the crazy world that we live in now, which nobody can deny. It all just seemed to gel perfectly with the way things are. I mean, the world is really fucked up right now and far from normal. Can you imagine if we called the album ‘The Age of Normal“(laughing), that just wouldn’t sound right all!

When you read all the lyrics it’s all gonna make sense as to why ‘The Age of Absurdity‘ is such an appropriate album title.

OD – How long was the writing process for the album prior to entering the studio to record?

PHIL – I think we got most of the material together during the rehearsals and then just touched them up when we got to the studio. We were pretty much 100% when it came to having everything all laid out and ready to record. There was a few touch up’s to be done here and there, but not really that much as far as the songs go.

Personally, I’m supremely happy with the finished album and I can’t wait for the rest of the world to finally hear it. I’m very proud of this album and hopefully, the people will enjoy it too.

OD – We have heard the album and have to say, it’s a very strong album. In particular, the production is massive throughout. Were you looking for such a huge low-end sound or did that just come naturally during the recording/mixing process?

PHIL – I’m very happy with the production on this album and in particular that “low-end” sound you mentioned. It’s fucking banging man! Anyone that get’s this album and give’s it a listens on some good speakers, you’re in for one hell of a party.

OD – With regards to the writing, did you have a hand in any of the lyrics or is that something that you tend to leave to Neil (Starr – Vocals)?

PHIL – I leave all of that stuff to Neil. That’s his department, to be honest. He’s way more experienced with this sort of stuff than me and actually, I have a thing about this sort of stuff. I think a band should be a band, do you know what I mean? Let the singer do his own lyrics and get a feel for the songs and each other member just concentrate on what their job is instead of everybody chucking in all sorts of scraps into the pot. 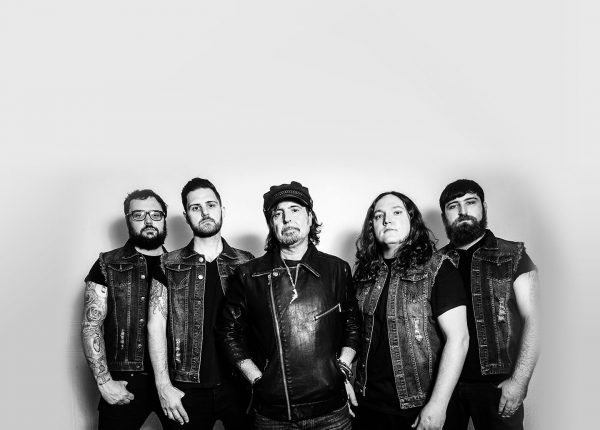 We all take care of our own individual things and it just works for us. I could do some lyrics, I suppose but for me, it really has to be a feeling or an emotional connection from the singer towards the structure of the song and only then can you really get that connection with the lyrics and the music.

It’s all about the passion, to be honest, and with regards to this album, I don’t think we could have gotten it any better with the way the songs turned out in the end.

OD – Was there any decision to record anywhere else other than Rockfield and Longwave studios in Wales?

PHIL – Well, I had a major flood in my house and with loads of other stuff going on, it was just easier to do what we needed to do in Rockfield and Longwave studios which were only about half an hour from my house.

OD – Did you consider doing the album in another country?

PHIL – I just didn’t want be flying all over the world, as I just had a lot going on at the time and I needed to be at home. Also, we had worked with producer Romesh (Dodangoda – Funeral For a Friend, The Blackout) in the past and he’s top notch, so it was perfect.

OD – Why not record in just one of those studios?

PHIL – That was purely down to the drum sound that we were trying to achieve. It really worked out amazing, to be honest. We didn’t purposely set out to do the whole album in Wales but it just happened that way and I was so much more relaxed in the long-run. Just being able to go home every night when my parts were done was a huge bonus for me personally.

OD – When you did the recent tour with Airbourne when you did those shows did it bring back memories for you when you were starting out and seeing the work ethic those lads put into their shows night after night? 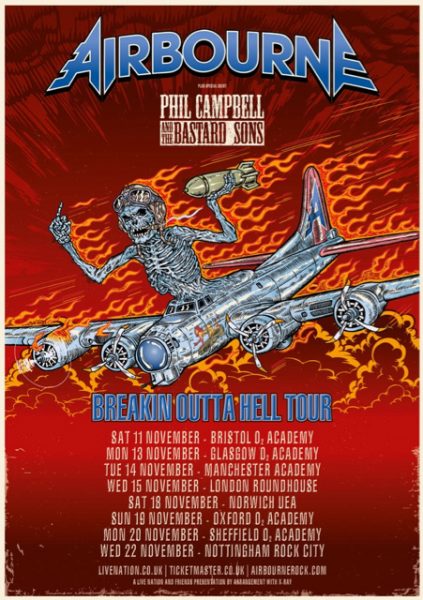 PHIL – Yeah, those guys as fucking maniacs and are just so full-on which is great to see. Anyone that catches that band live is not gonna forget them in a hurry. We had some really great times with those guys and the shows were great fun for us all.

OD – The bonus track on the album is ‘Silver Machine’ featuring Dave Brock (Hawkwind, pictured below). Did you guys have any more material that you recorded or was it just that track?

PHIL – I sent the music to Dave and he did it all in one day as the weather was really shit, so he just put the head down and got it all finished. I was a huge honour for us to work with Dave and although it was only the one track, the work he did was fantastic.

OD – Did he just lay down some vocals or was there more on there that he played on the track?

PHIL – He actually, did some guitars, vocals and laid down some synth for the track which was just fantastic. We are huge fans of Hawkwind and Dave’s just a legend and working with him was kind of like a dream come true as I’ve just loved that band since I was 15 years old. 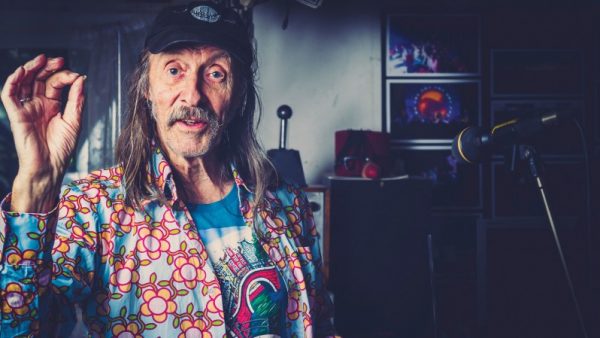 OD – Could you see yourself doing any more covers like this going forward for fun?

PHIL – Never say never! (laughing) I just don’t know to be honest. If something just feels right then I’ll follow my instincts on it. I’de like to work with Dave again but the track would have to be right.

OD – With the well-documented past and everything that has happened, do you feel that the release of the album next month is a chance to move forward and create a whole new chapter in your life? 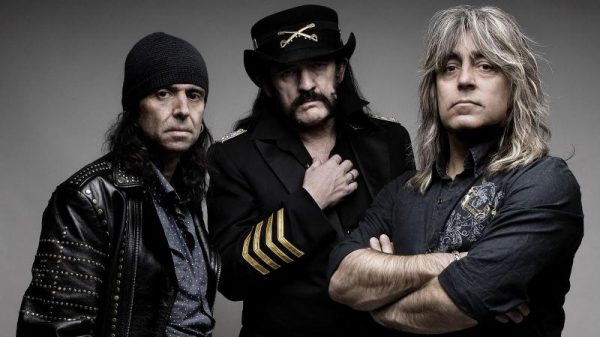 PHIL – Yeah, totally! I feel that this is a new path for me and am really excited on the journey and especially when I get to tour and play this new material in a live setting.

OD – Speaking of chapters, have you ever considered writing a book?

PHIL – I started my book six months ago but I cancelled it because of the album and there was just way to much stuff going on in my personal and work life. I was working with two Swedish guys who incidentally have just finished Samantha Fox’s book. To be honest, I panicked at the last moment, and just pulled the plug on the project. The guys were so cool, but it just didn’t feel right at the time.

OD – Was the book a life story or more a concentrated look at the music side of your life?

PHIL – The concept was not an autobiographical type book but more a collection of wild stories of bizarre things that have happened on the road. I was thinking to myself during the writing process, “where the fuck are they gonna file this book, under fact or fiction” because some of the stuff that’s happened to me has been fucking crazy man. Totally fucking crazy!

OD – Do you think that you will eventually get around to finishing it?

PHIL – Yeah, that’s the plan. When I finish my solo album, I’m going to go back to finishing the book which will hopefully be sometime next year or perhaps 2019. It’s got to feel right for me you know? I’m not abandoning the idea of releasing a book, it’s just gonna take some time for me to get around to doing it when it feels right.

OD – One of the most surreal/strange moments that comes to mind from your career in this business?

PHIL – Pick a letter of the alphabet. Seriously. There’s that many stories, pick a letter.

PHIL – I wanked off a monkey okay! (laughing) I’m not joking, you can see him on the internet. His name is Bobo and he’s on a website called ‘Banana Derby‘ and he’s the one wearing yellow and black. He’s the champion monkey jockey and that’s about all I’m gonna say about it.

Phil Campbell and the Bastard Sons release their debut album “The Age of Absurdity” on January 26th via Nuclear Blast. You can pre-order your copy via this location.