After their debut attack titled ‘Send Them All To Hell’ in 2014, it became a little too quiet around the heavy metal supergroup PÄNZER. But the soldiers around Destruction frontman Schmier never sleep, and now they have announced that they are working on new songs again – with a new line-up!

After the departure of Herman Frank (Accept), PÄNZER recruited Pontus Norgren of Hammerfall to help out with their mission, as well as V.O. Pulver (G.U.R.D., Poltergeist) on guitar, who had already helped out on the latest live shows, and has now became a full-time member of PÄNZER.

“After producing the debut with PÄNZER, the guys asked me to help them out live to help provide the double axe attack on stage”, recalls V.O. Pulver. “Of course I took the opportunity to rock out with my buddies. And when the chance came up to join them permanently, I didn’t hesitate to accept and now I can’t wait to play the sound of my youth!”

Pontus Norgren was just as excited to join the heavy metal war machine:

“It was not a hard decision when I got asked to join the PÄNZER project, it was a straight up YES! To be able to create music with good friends is the most important thing in my world and in this band, having fun when making music, is number one. I’m looking forward to all of the craziness that the future is going to bring with these guys. So let’s kick some serious…!” 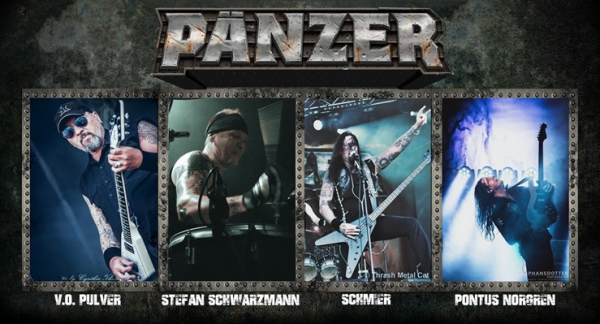 Fans of the band can expect a loud comeback in 2017 since Schmier has already revealed some great news about the band’s future plans:

“(THE GERMAN) PÄNZER was always about some friends jamming their favourite music, without any pressure of the business and exaggerated expectations. We have decided to release this brand new song ‘Satan’s Hollow’ for the fans as a statement because people ask me all the time “Will PÄNZER go on?” This track simply shows that we are creative and working on a new record for 2017! The next album will continue our tribute to our roots with pure fuckin’ METAL! Oh and one more little thing – as we have a Swedish and Swiss member now, just simply call us PÄNZER!”

To get a first impression of PÄNZER’s brand new sound, check out a snippet of the material from their next album below;

“We decided to give the fans an impression of the new PÄNZER line-up with the brand new track ‘Satan’s Hollow‘”, Schmier comments. “It stands for all of our trademarks; straight-in-your-face melting metal with an old school melodic vibe – pure energy and shredding lead guitars! We pay tribute to the music we grew up with. I hope our fans enjoy this new song as much as we do – expect the new album before summer 2017!!”

Get your copy of their debut album ‘Send Them All To Hell’ HERE. 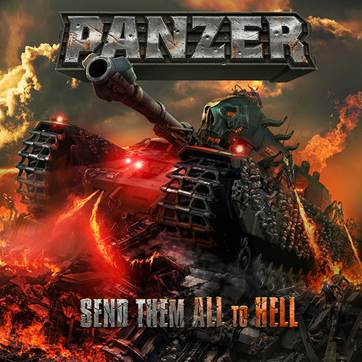