Pearl Jam are working on the follow up to ‘Lightning Bolt’ (2013) and have reported a vast amount of new material from the writing sessions.

Following 2013’s ‘Lightning Bolt’ release, Pearl Jam have been dabbling in the studio over the last couple of years.

‘Lightning Bolt‘ hit No. 1 in the U.S. but also became the first Pearl Jam full-length not to attain a Gold or Platinum certification by the RIAA. The band hit some stadium dates last Summer but a full global tour is in high demand as is a new studio album.

With regards to the progress of the new album, guitarist Stone Gossard commented: “We’re going to make a record, and we’re in the middle of it. We’re just going to keep plugging away until we get one done.”

“We’ve gone in, probably, four or five times in the last couple of years, so we have a whole ton of unfinished stuff,” bassist Jeff Ament adds. “We’re just sort of in a little bit of limbo. I’m sure everybody’s got a bunch more riffs, and I’m sure Ed’s got a handful of journal lyrics. It’s just going to take us all getting into a room together for six weeks and just knocking something out.”

The bands most recent release ‘Let’s Play Two’ was released in September of 2017. Check out the trailer for the live footage below;

Ament also spoke of ideas “on the Pearl Jam shelf” that may become solo material for the musician. “When I do those, it’s mostly to clean off the shelves and finish stuff; it’s stuff that has been on the Pearl Jam shelf for a few years and nobody is really responding to it. I think all of us have gotten into the habit of finishing stuff up and putting it out. This is a broken record, but I think I’ve said that I would record a lot more with Pearl Jam if that was what could happen. It just hasn’t happened for some reason.”

Keep an eye on Overdrive for more Pearl Jam news as it happens. 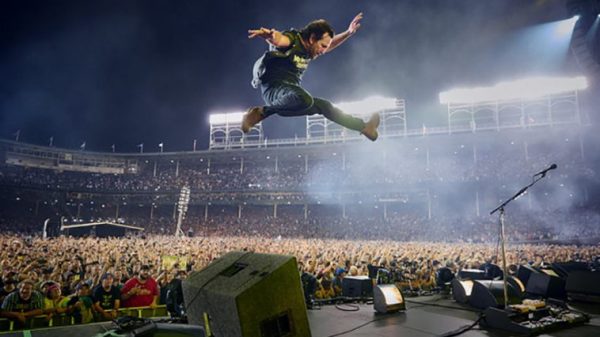