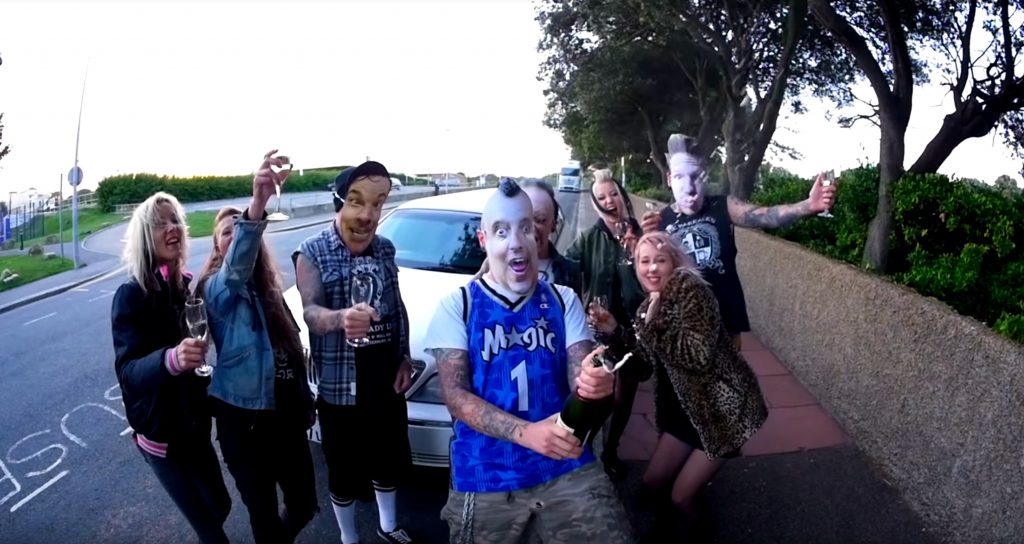 The video was shot in sunny Hastings and features cameo appearances by Rancid main man Lars Fredericksen and Hasting’s own Maid Of Ace. Eagle eyed viewers may also notice that all is not what it seems with the band:

“Our New Label, Arising Empire, gave us a deadline of August 22nd to film a promo for the track ‘Crap Californian Punk Band’. Peter was busy being deported from the United States and after that, we were in Europe performing at various festivals, so there was no time to actually appear in the film. The director Mark Richards (SLAVES, WONK UNIT) came up with the idea of getting an actual Skate Punk band to wear masks of the band. In stepped ‘The Barracks’ and if you keep your eyes peeled, you can see various other cameo appearances by Lars Fredericksen of Rancid and Hastings all sister punk rock band, Maid of Ace!” 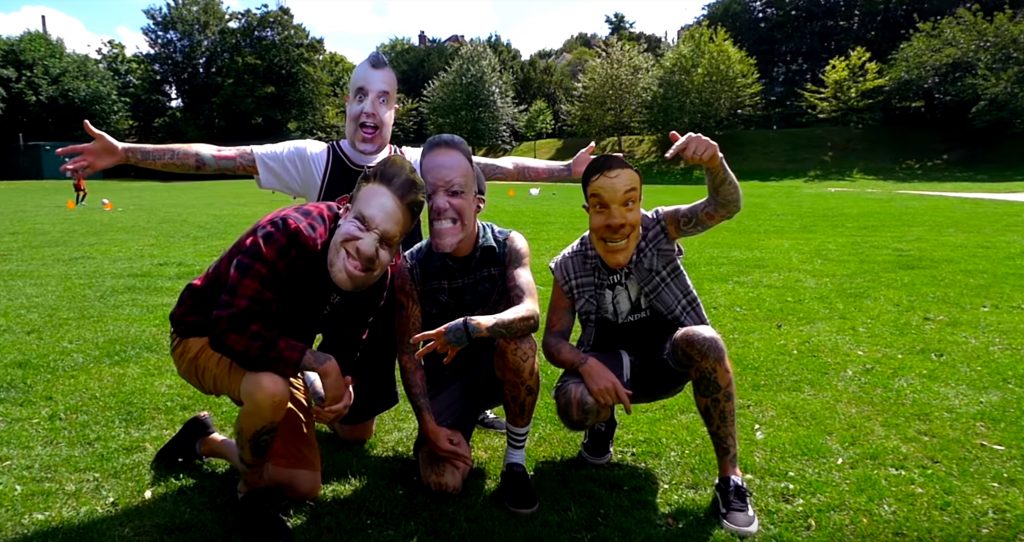