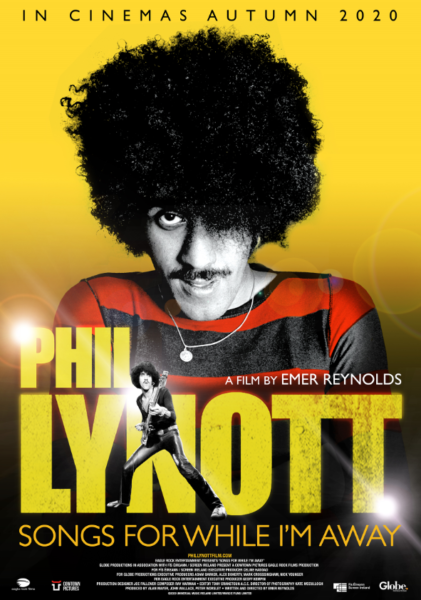 PHIL LYNOTT: SONGS FOR WHILE I’M AWAY is a feature documentary on the life and music of Phil Lynott, telling the story of how a young black boy from working-class 1950’s Dublin, became Ireland’s greatest Rock Star.

As the lead singer of legendary Rock titans, Thin Lizzy, Phil Lynott was a songwriter, a poet, a dreamer, a wildman. Told extensively through the words of Phil himself and focusing on some of his iconic songs, the film gets to the heart of  Philip, the father, the husband, the friend, the son, the rock icon, the poet and the dreamer.

PHIL LYNOTT: SONGS FOR WHILE I’M AWAY is a Globe Production in association with Fís Éireann/ Screen Ireland. It is produced by Alan Maher and John Wallace for Cowtown Pictures and Peter Worsley for Eagle Rock Films and directed by Emer Reynolds.

The official trailer can be viewed below;