Pierce the Veil are proud to announce a UK & Ireland tour this Autumn. The tour, which was announced with the premiere of stunning new single ‘Circles’ on the Annie Mac show tonight, which includes two dates in The Academy 5th and 6th December later this year. 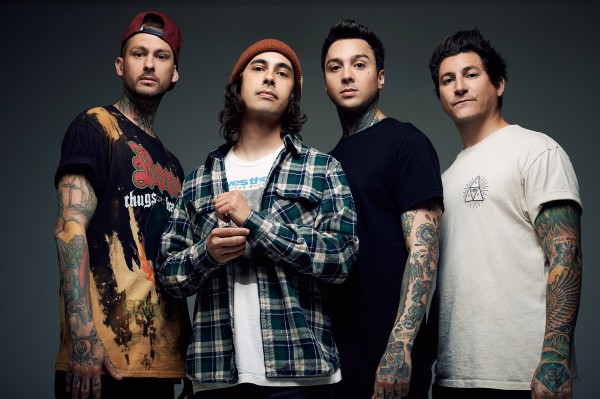 They will also play Belfast on Sunday 4th December. Fans who have pre-ordered the album will have access to a 48 hour pre-sale from Wednesday 27th April at 9am.

Tickets on sale Friday 29th at 10am €26 includes booking fee Over 14’s show / Over 18’s will have access to bar on balcony with wristband.

NEW ALBUM MISADVENTURES OUT 13TH MAY 2016 VIA FEARLESS RECORDS 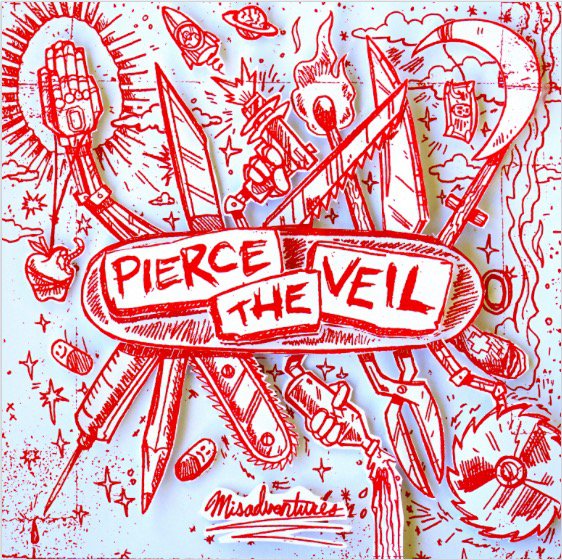 Misadventures is the follow up to the band’s breakthrough album, 2012’s Collide With The Sky that has sold more than 400,000 copies worldwide. The band – Vic Fuentes/vocals, guitar, Tony Perry/guitar, Jaime Preciado/bass, and Mike Fientes/drums – recorded Misadventures on and off between Summer 2014 and Summer 2015, working again with producer Dan Korneff who co-produced Collide.

Check out the audio stream for ‘Texas is Forever’ below!

On Misadventures, Pierce the Veil spins together eleven sonic stories driven by a high-energy hard rock soundtrack. Lead track Texas Is Forever has already had over 1 million views.

Six years ago, Pierce the Veil was playing small clubs and side stages at Warped and other music festivals. With the 2012 release of their album Collide with the Sky, PTV exploded, selling out North American and UK headline tours in 2012, 2013, and 2014, and headlining 2015’s Warped Main Stage.

The band and its members have accumulated north of 5.5-million Facebook “likes,” as well as 4.5 million Twitter and 4.5 million Instagram followers, and 200-million-plus YouTube plays (the “King for a Day” video alone is at more than 64-million views). “Collide” has been streamed 110 million times on Spotify, while the single “King for a Day” has logged 27-million Spotify plays and the single has been certified Gold. The band has won multiple awards from Alternative Press, Revolver, Kerrang! and Rock Sound

For your chance to win tickets for Pierce The Veil in Dublin’s Academy, just follow the steps below and good luck! 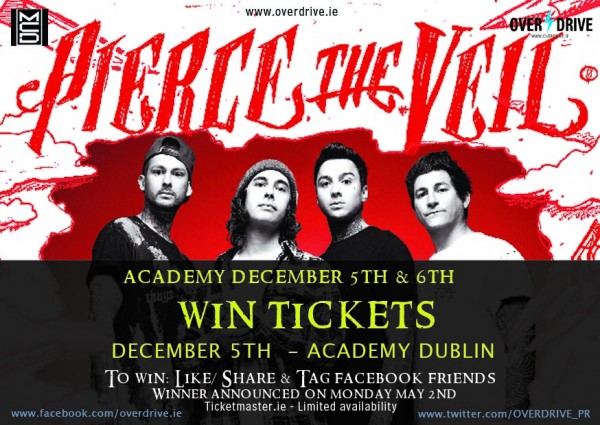