A frantic three piece that have earned a reputation from putting on berserk live shows that tither on the edge of dangerous. A Place To Bury Strangers are a band that have attracted the attention of the likes of Trent Reznor, (who liked them so much, he took them out on tour with NIN) and a whole host of other respected musicians. The Brooklyn based noise crew will be bringing the sonic rumble to The Workman’ s Club on March 31st! 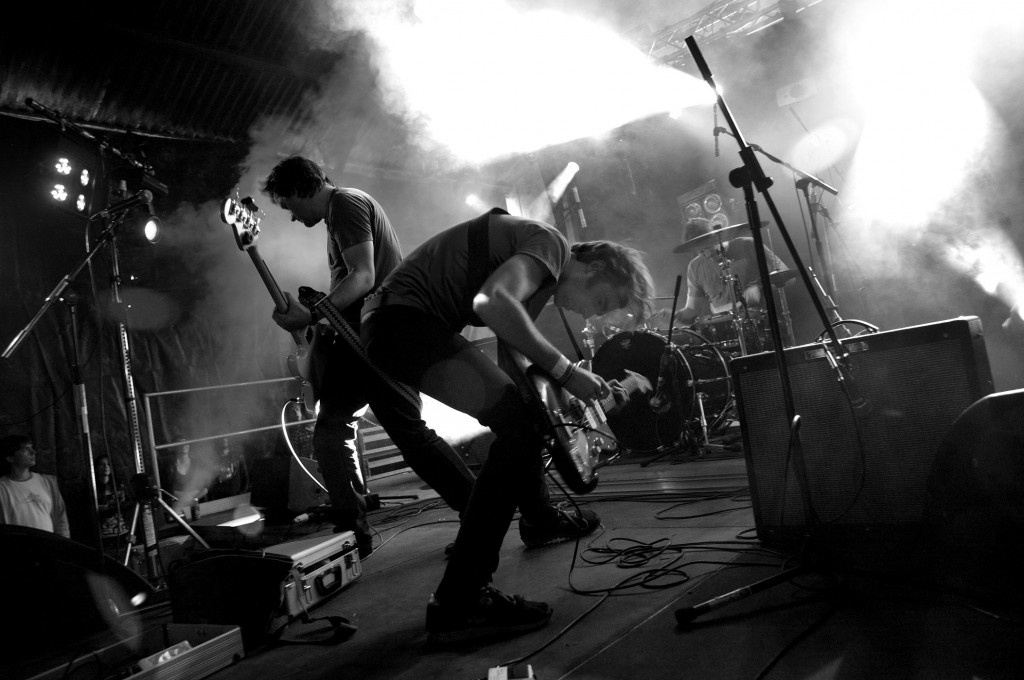 “There are moments where I’m really scared on stage,” admits A Place to Bury Strangers bassist Dion Lunadon, “where it’s really foggy and I know someone’s swinging a guitar around. I don’t give a fuck though; if a guitar is about to hit me in the head, oh well. It’s going to make for a better show.”

He should know. After joining the Brooklyn-based trio in 2010, it only took a few shows before Lunadon smashed his bass against his face. The freshly drawn blood trickled like rain off of a tin roof. But since the band often plays in the dark, he couldn’t actually see what happened. He had to keep going, and hope for the best.

“That’s the most intense fear and feeling—when you go to a show and you’re actually scared,” says frontman Oliver Ackermann, a co-founder of the soon-to-be-shuttered Death By Audio DIY space that’s hosted its fair share of frantic, life-affirming shows.

“Or you can palpably feel the danger in the music,” adds Lunadon, “like it’s going to fall apart at any moment and the players doing it are so in the moment they don’t give a shit about anything else. They’re just going for it. It’s a gutter kinda vibe; everything about it is icky and evil and dangerous.”

The same could be said for A Place to Bury Strangers‘ fourth album, Transfixiation. Rather than fixate on precious recording techniques and minute details, the members of the group — Ackermann, Lunadon, and hard-hitting drummer Robi Gonzalez — trusted their instincts and tried to keep things as pure as possible. If that meant a mess of cross-contaminated microphones and mud-caked mistakes, so be it. Music is much more exhilarating when it’s unpredictable, and from the tortured straight-to-tape transmission of “I Will Die” and molten funk melodies of “Straight” to the violent guitar spasms, cannon-like drums and not-so-idle threats of “Deeper,” this is very much an unpredictable record. Gonzalez makes his recording debut with the band here and he’s helped push the band’s recorded sound closer to the intense level of its infamous live shows.

Considering how controlled the chaos feels at every turn—the mark of a band at the peak of their powers—it’s hard to imagine that Transfixiation almost didn’t happen. Having spent nearly two straight years on the road, the musicians figured they’d parlay that momentum into a new record as soon as they got settled back home. And while the self-produced sessions at Death By Audio led to some fantastic material, Ackermann hit a wall near the end of that initial month. He needed a long break.

“The way it was broken off was so intense,” he says. “It got to be too much, where we—or at least I—almost had a meltdown or something. I felt like we had to stop, and I wasn’t even sure if the album was going to get finished or if we were going to be friends again.” 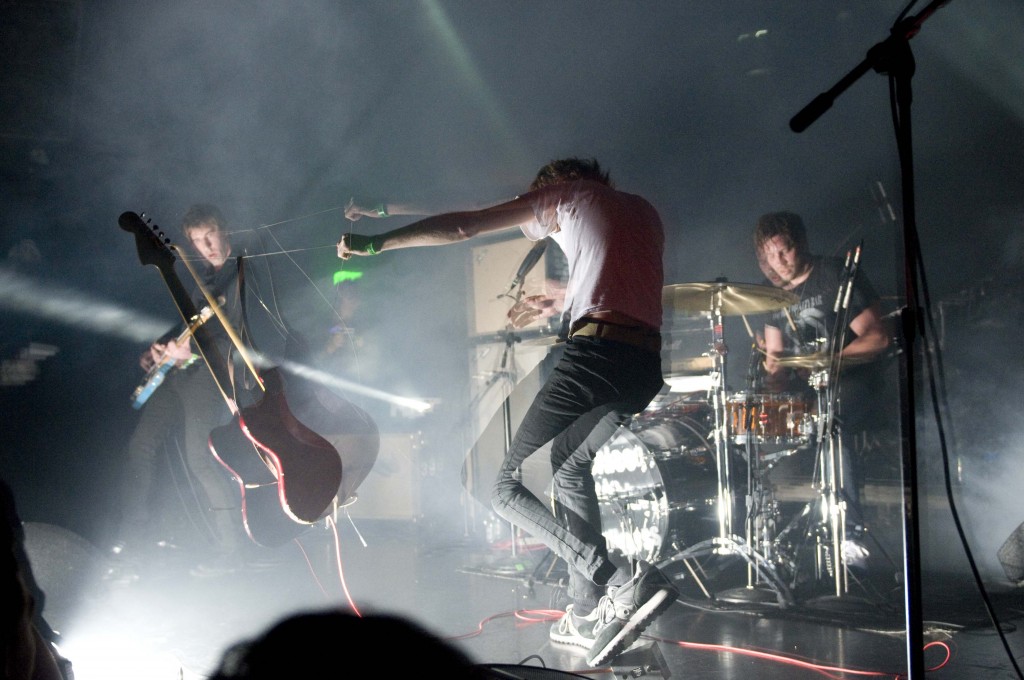 Two months passed by with little communication between the three members. Lunadon worked on other recordings, and Gonzalez retreated to a mountainous region in the Pacific Northwest. Meanwhile, Ackermann pieced together the set: fresh compositions, songs that had already been recorded in Brooklyn, and the fruit of an earlier recording session with Serena Maneesh frontman Emil Nikolaisen in Norway. Thankfully, everything clicked. A Place to Bury Strangers became whole again, with a bond—onstage and off—that’s arguably stronger than it’s ever been.

“Things go wrong all the time,” explains Lunadon, “so with anything that’s thrown at us, we have to make the best of it and turn something into gold instead of falling apart.”

“The one thing we have in common is this fire when we’re playing,” adds Gonzalez. “I don’t know; it’s real intense.”

The well-oiled Lunadon-Gonzalez rhythm section has adapted to Ackermann’s unique style of playing — the pair has embraced the chain-linked effects (Ackermann has produced custom pedals for such major artists as Lou Reed, My Bloody Valentine, The Flaming Lips, and Nine Inch Nails) and minimized the drum fills.”It’s not rocket science,” says Lunadon, “but rock ‘n’ roll shouldn’t be. When you start to do bluesy scales or try to be too fancy, it doesn’t work for us. You gotta keep it simple and seize the moment.”

A PLACE TO BURY STRANGERS play Dublin’s Workman’s Club on March 31st, tickets are priced €17.50 (inc booking fee) and are on sale now from Ticketmaster. For more information, please go to MCD for all the latest. 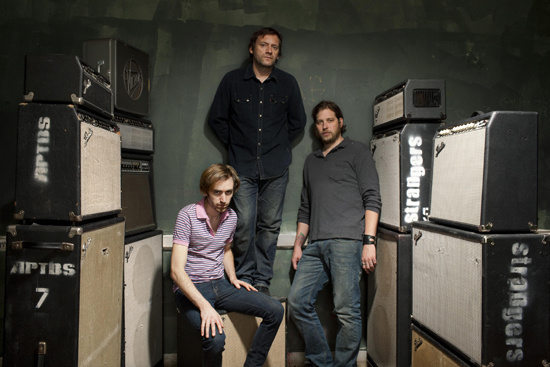