THIS PLACE HELL – “It’s all about getting out and throwing down harder than any band that comes before or after us, we don’t give a fuck!” – Mick Hynes


Having smashed through the barricades of the local/National Irish metal scene and ventured out into the big, bad world. There is one thing that’s clear. People can’t get enough of This Place Hell. We spoke with guitarist Mike Hynes about the band’s plans for 2018 and the rumours of some material being recorded over the UK this coming Spring. 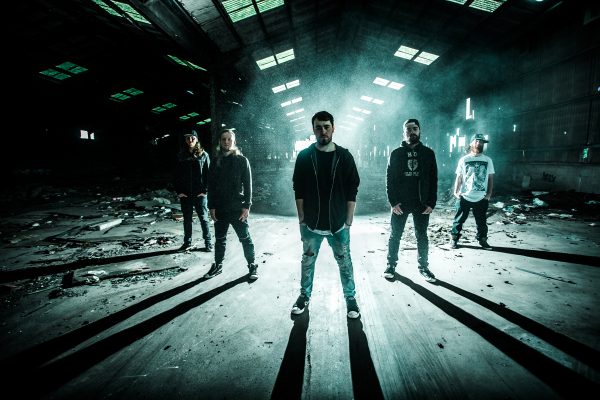 Looking back at last year, This Place Hell went through a sort of re-birth of sorts. Having shed their ‘The Devil Want’s Her Swagger Back‘ moniker to expanding the sound of the band thanks to the inclusion of guitarist and long-time friend Damien Regan, completing the lineup along with drummer Ryan Cummins, bassist Dylan Scully, vocalist Stephen Cannon and guitarist, Mick Hynes.

With the wrapping well and truly off 2018, we sat down with Hynes to find out about the upcoming plans for This Place Hell as well as a look back on the bands legacy.

OD – The latest studio offering, ‘Contempt‘ was release towards the end of 2017, can you give us an insight into the evolution of the bands sound since the release of your first EP ‘Malice‘?

The Devil Wants her Swagger Back Malice

MICK –   “Contempt” in comparison to “Malice” has a more technical edge as a group of songs, not overly technical or wanky but it was/is an insight into where we are going as a band. It’s especially evident in the song “End Game” which was the first song we wrote with Regan when he joined. It’s a snapshot of where we were as a band at the time. I had been jamming with Regan for a while before we asked him to join so even though he didn’t write much on the EP he definitely had an influence on the writing process as a whole without having even been in the band.

Check out End Game below;

OD – There is a connection between the two EP’s is that correct? Almost like a concept of some sort.

MICK – Yea, they two EPs were originally going to be an album but we decided to split it as we felt there was a natural evolution taking place in the middle of the whole process. Everything was a bit up in the air too as we decided to change the name because it really felt we were starting to tread on something new for the band. We didn’t think we were reinventing the wheel or anything but it was all fresh and new for us so we decided it was the right thing to do.

OD – Now that the band has become a five-piece, do you see that musically, things are changing and if so, how?

MICK – Definitely, things are changing and continue to change. It’s sometimes hard to keep up with it haha! Regan added a totally new layer and with the addition of a second guitarist opened up a lot more doors with what we could do sonically live. I have always written for two guitars but held back in the studio as I didn’t wanna do too much that we couldn’t do live but now we have Regan we can get away with a lot more and have some nice layers, melodies and just add some extra chunk in general! 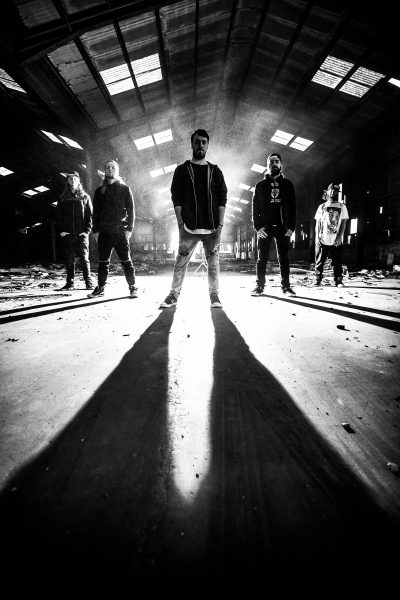 Regan’s writing is really unique and the man is a genius anyone who knows him will confirm that. He’s pushed us all as a band and has shaken the foundations (in a good way). His addition has made us all better players and musicians. Plus it’s awesome having one of my best mates of 20 years riding the wave with us now!

OD – I believe that you will be going to the UK to record with former SikTh vocalist Justin Hill?

MICK – Yea we’re heading over mid-March and we’re really excited. He contacted us last year when we were working on Contempt so it wasn’t the right time, but we have some tracks now we wanna get out so we arranged it for as soon as we could. His production is amazing and we’ve heard great things about how he works with bands. We always try to get the best recordings within our means and having worked with Michael Richards (Trackmix Studios) on all of our recordings (which are amazing), we fancied a change of scenery.

OD – How much material will you be recording with Justin? 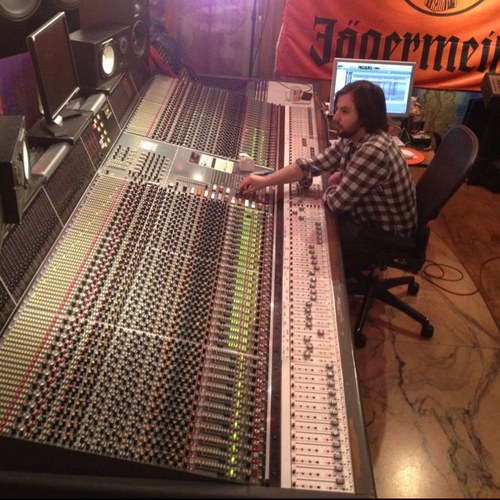 MICK –  We’re only going to be recording 3 songs with Justin but they are gonna be 3 BANGERS! We’ve played some of them live and they have gone down really well. 2 out of the 3 we have decided on and we’re between a couple of others for the third but we will deliver some serious riffage when the time is right!

OD – With regards to material, do you have a considerable amount of new stuff that has yet to be played live?

MICK – Yea we have a good bag of songs at the minute some are yet to hit the stage but the ones that were gonna be recording have been tried and tested. We debuted 2 at our EP launch for “Contempt” last year and another at our first heat for Metal 2 the Masses Ireland last month (January, 20th). We’re really stoked to get them out ASAP! 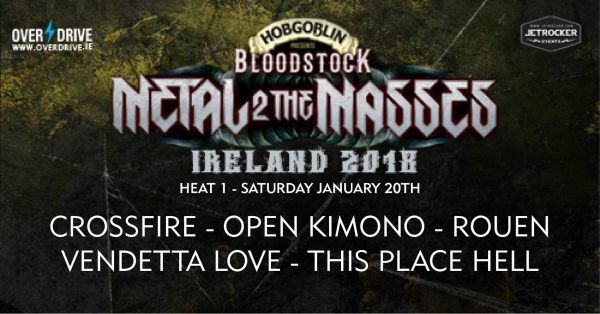 OD – Last year saw you embark on a Russian tour, to which you had a very positive experience. Would you go back there for a second round of dates if offered?

MICK – ABSOLUTELY! That was the highlight of the band so far. An absolute eye opener and life-changing experience. The offers on the table for whenever we wanna go back but we’re gonna try to get to some more places we haven’t been before we head back. But yea definitely we would go back in a heartbeat when the time is right!

OD – Coming from Ireland, do you find that there is a misconception about the current level of metal/underground music that is emerging from the Irish scene?

MICK – I’m not sure anymore. I think people are starting to pay attention to our crazy little island with bands like Dead Label, zhOra and Animator playing huge festivals like Bloodstock and Wacken and flying the flag for the rest of us. So, hopefully, any misconceptions that may have been there are slowly starting to dissipate. This country is dripping with talent so many good bands are popping up it’s hard to know who to watch out for haha. But anyone who gets up there and stamps a big Eire flag for the world to see power to them!

OD – Having seen you before many times, there is no doubt that This Place Hell relish the prospect of playing live. If you could describe your live shows to someone who’s never seen you before, how would you go about doing that?

MICK – An aural ass kicking! (laughing) We give it blood sweat and tears! No matter what we give it our all and our music is designed to incite movement. There are no shoegazers in the band/ It’s all about getting out and throwing down harder than any band that comes before or after us, we don’t give a fuck!

OD – Following the recording sessions with Justin Hill, when will we see this actually being released?

MICK – As soon as we can really, we have nothing set in stone just yet but we’re hoping to have the first song out with a nice shiny new video within a month or two of finishing the recordings. We’re already in talks with the dude who did the video for “End Game” Mr Angel Croiter for a new video which will be a lot of fun.

OD – Will you be doing any live shows in the UK while you’re over there? 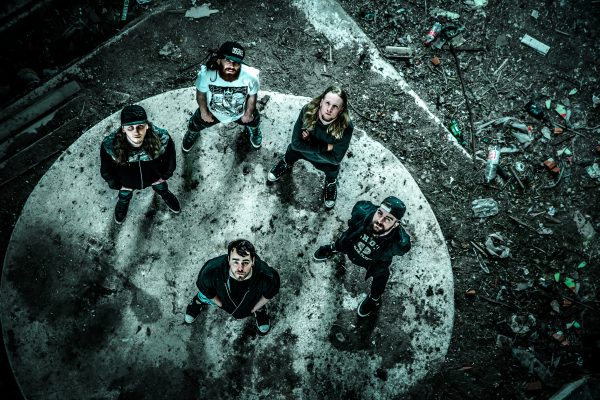 MICK – We have a gig booked in The Arches Venue in Coventry (official event link here) for Paddy’s Day which will be gas! We’re gonna be doing an acoustic set early in the day doing a few “diddly aye” tunes and then a headline set that night. Show them Brits how the Paddy’s do Paddy’s day (laughing). We’re gonna try book a few more shows for when we’re over there, but we’re mainly focused on getting the best recordings done that we can.

OD – Tell us one of the biggest obstacles for the band and how you would like to see that changed?

MICK – The biggest obstacle we faced I think was changing our name. It was our decision though so there’s not much we could’ve done to change that. One of the biggest obstacles I think bands face these days is trying to stand out in an over-saturated market and then dealing with all the negativity that social media has so generously provided us with the platform for that comes with it any kind of success.

As far as overcoming all that we’re still figuring that out. We just do what we want to do! We try to work harder and play harder than everyone else and it pays off. This negativity and elitism in metal is probably never going to go away but in the words of the late great King of Pop, Michael Jackson, “I’m starting with the man in the mirror”. 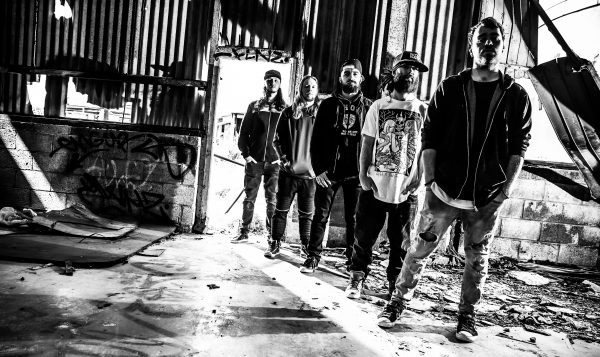 Change comes from within. I try not to dismiss anything anymore without giving it a real shot and really trying to understand it. I dismissed Ghost for years then I gave them a proper listen one day and now they’re one of my favourite bands. You never know! 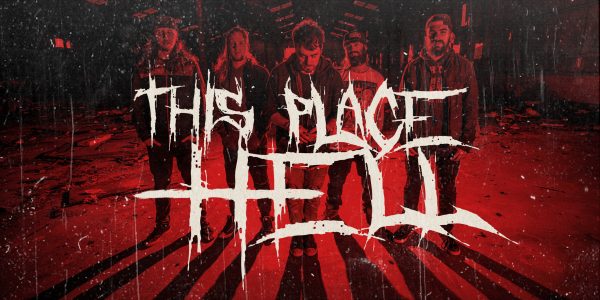 OD – If all goes to plan, what would you like to realistically see happen for This Place Hell during 2018?

MICK – All going to plan this year, we will release not two but 3 videos with brand spanking new tunes! We will have a lot of bitching new merch coming out too. We’re off to the UK to get them recordings done and a few gigs. We have a slot at Agressive Music Fest with our bros in Call to Arms and Words that Burn and we’re looking for a few more festival slots for the summer too! As always our goal is to out do everything we’ve done the year previous and it’s already looking that way.

The band’s latest video ‘(Un)-Natural Selection‘ can be seen below. ‘Contempt’ is out now and can be picked up via the bands official website here.

This Place Hell will be appearing in the semi-finals for this year’s Bloodstock Metal 2 The Masses Ireland campaign in April. Please check the official Bloodstock Ireland link for dates as soon as they are announced in the coming weeks. 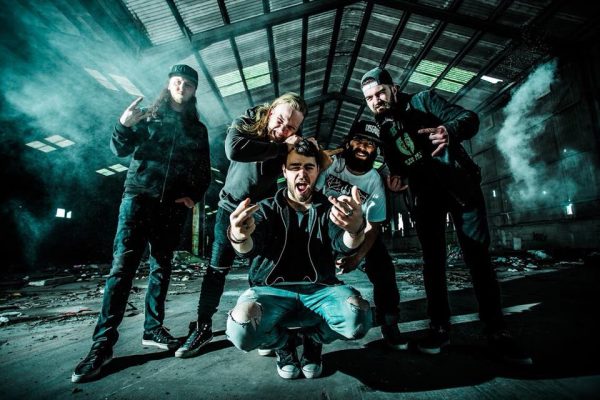