Dublin’s Academy on Abbey Street has a long history of fantastic performances among some of the biggest names in music. This show is among them, with Primordial launching their 8th studio album. The dark horse of Skerries show us that the darker side of Ireland’s metal scene is well and truly kicking. 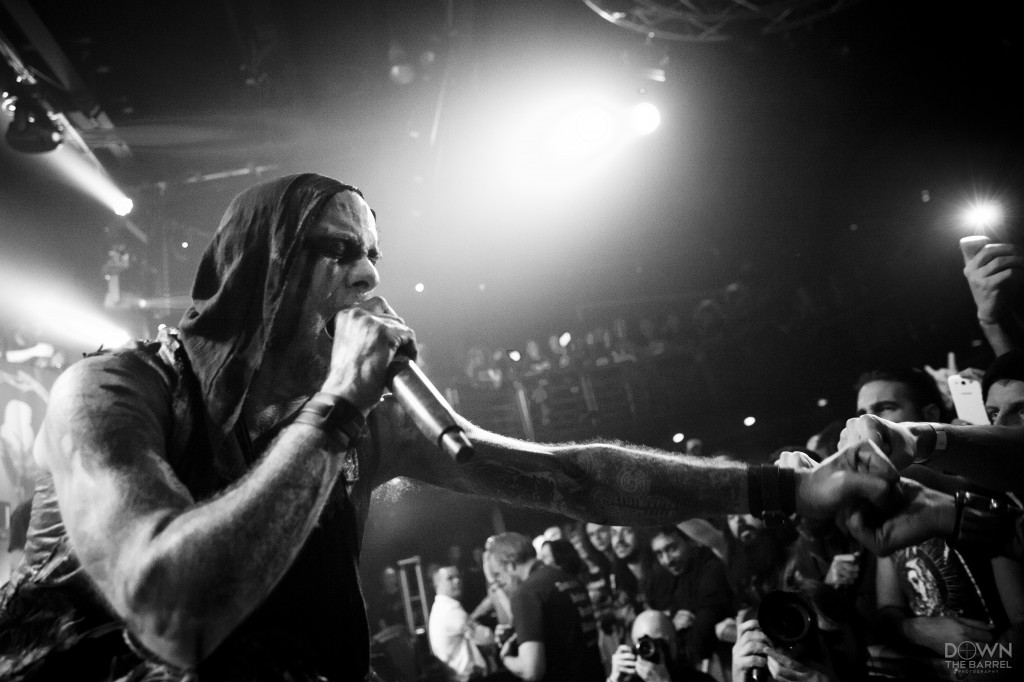 Another Friday night and Dublin City gives us another weekend to remember. The Redemption Festival 2014, catapults the more obscure bands that we would not normally see into the limelight for a few nights courtesy of DME Promotions, and with it, take us on a rollercoaster of heavy metal and international acts.

Opening tonight’s proceedings is Malthusian, a Death, Black, Doom 5-piece ensemble who only started about 2 years ago. Their down-tuned heavy beats and ear-splitting sound with touches of Death Metal tones. As it is only 7.30pm, it’s still early, but their flair to impress never leaves. A little druid-chanting never hurt anyone, as their stage presence makes you feel that their metal roots are firmly planted in folklore and ancient rituals. As their set progresses, the tempo picks up, and the heads start banging. As there are 4 bands on tonight, they play a relatively short setlist. But everyone really enjoys their music, and it’s easy to see that the band enjoys what they do. 4/5

Necros Christos were supposed to play tonight also, but due to a small accident with one of their members involving a broken finger with their guitarist, they had to cancel, so Drowned a self proclaimed obscure Death Metal band that hail from Germany step in. The sound check takes a good while, but it’s worth it. Drowned come at us with the head down like a pissed-off bull, and carve a large scar into the Academy’s belly. Their roaring guitar sound is straight from the heart of Berlin – it’s aggressive, it’s raw, and it’s fired from the gut. The drum sound is perfect. You can hear the thwack of the stick hitting the skin and there’s definitely a Carcass-y sound to their lyrics. One or two of their songs even seem a little metal-core, but they fire on all cylinders in their music onstage. The drumming is superior: off-beat but organised, and the other band members follow suit. Drowned have an intricate and slower approach to their brand of metal, and although they too play a short set, I think they have set the bar for tonight as far as support bands are concerned. I haven’t seen them before as most of the crowd tonight as it’s their debut show in Ireland, but I like what they’re doing. It’s a new angle to the Academy and I would hope them to play here again. Lots of crowd movement and kudos given to those who traveled far and wide make them one of the German metal underground heavyweights. One to watch in the future folks!

Dead Congregation take to the stage next and when I heard they were playing, I acted like I scored a try for Ireland. These lads are a great live act. From the word go, they pound the Academy, and the beats are vicious. Their lighting show is worth a mention as well! DC is drudgy and melodic at the same time, and their breakdowns happen at the drop of a hat. The variety of structural differences between bands tonight is amazing. When Drowned set the bar, I didn’t expect to have it raised to this level. Dead Congregation’s awesome rifffage is, well, awesome! Their drum section is responsible for some of the heaviest beat-downs I’ve seen that stage take (and that’s a LOT). There’s plenty of windmilling and swinging heads and the vibe is beyond good. Vocal ability is openly voracious and I can’t wait to see them live again. 4/5

Primordial are one of the few Irish bands who have really taken their time with their art. They were around in 1987, and with various line-ups, have kept the pace steady and the music solid. Celebrating the release of their 8th studio album Where Greater Men Have Fallen, I am now fully aware of the vast following of one of the oldest of Ireland’s metal heroes. And heroes they are. 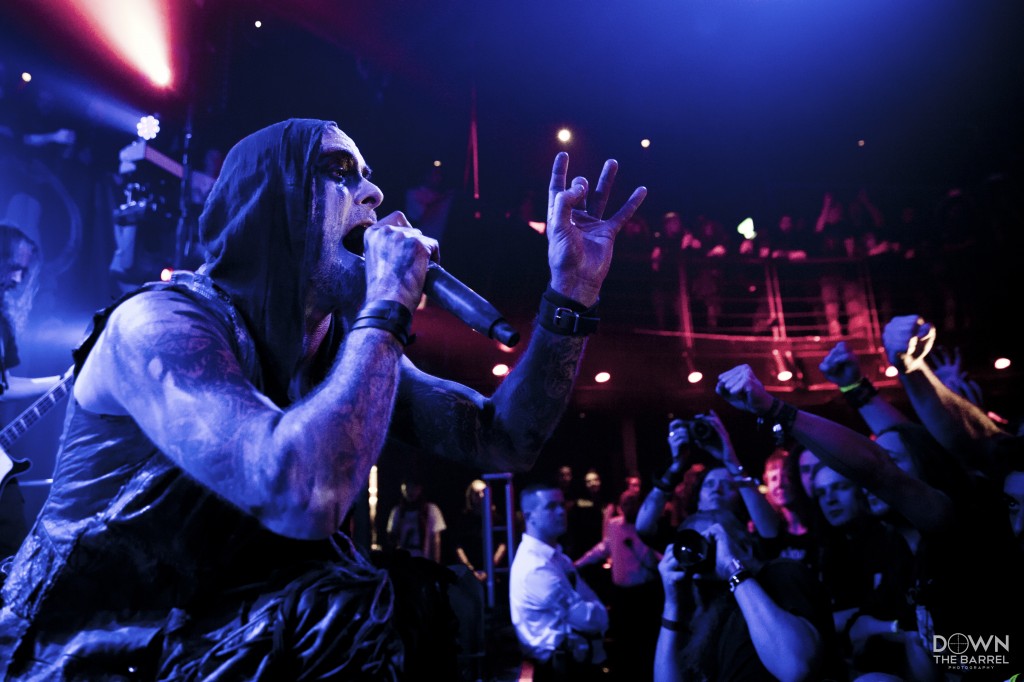 The Academy has sold out to full capacity to see their home-grown brethren, who have stood (and still stand), shoulder to shoulder amongst the giants of the international underground metal scene. Guitarists Ciáran MacUiliam and Micheál Ó Floinn arrive first, followed by Pól MacAmhlaigh on bass and Simon Ó Laoghaire on drums. They react to their fans with aplomb and start their night with the title track of their new album “Where Greater Men Have Fallen”. Primordial sound a bit like Thin Lizzy crossed with Serj Tankian and Tool, only they’re black metal infused. Frontman Alan “Nemtheanga” Averill explodes onto the stage with gusto and the Academy erupts into a unified roar of delight. 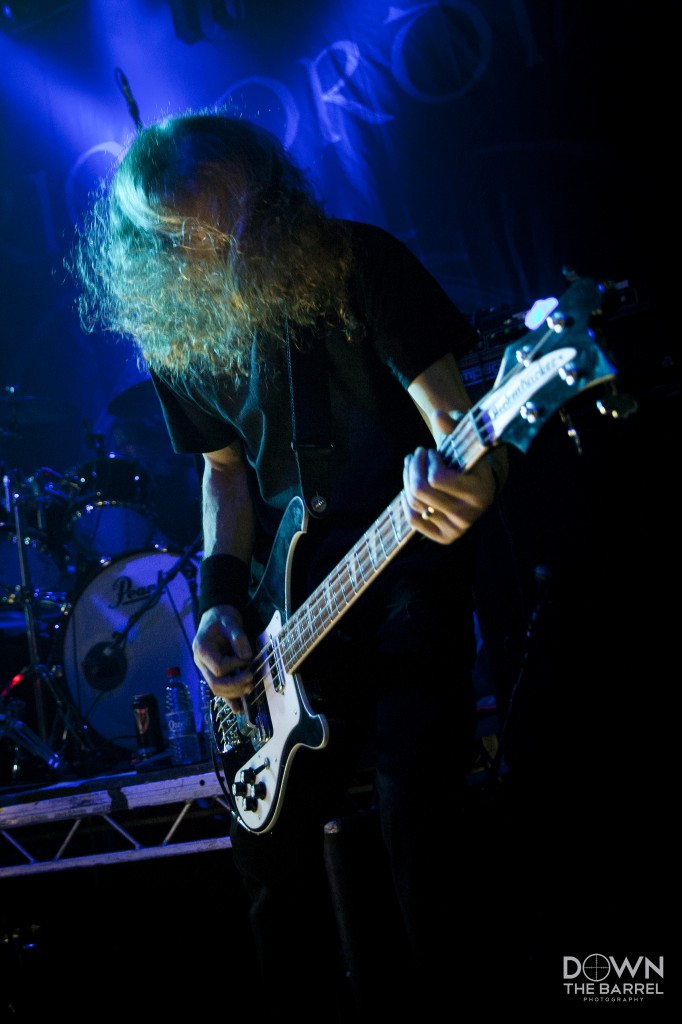 From the first beat of the drum to the last, the crowd are held in the palm of this man’s hand – if you can call him a man. Obviously a soothsayer of the gods of old in a former life, his vocal ability and haunting presence spark a healthy respect for the ways of our ancestors here in Ireland.

We are treated to a vocal intro explaining each song as the night progressed; something that very few groups do. To the newbies that have only heard Primordial a few times, or have never seen them live, this is a welcome habit. Averill has a way with words, and expresses himself eloquently on stage. As I observe the crowd from the balcony, I am struck by the wave upon wave of heads banging in unison. Usually I’m in the thick of it, and I don’t pass much heed on it. But looking at it from an elevated position, I can only describe it as hypnotic. It is as if there are invisible hands slapping the backs of people’s heads uniformly and with enough force to only move their heads. MacUiliam and Ó Floinn have found the ultimate partners in each other for dishing out haunting riffs that stir the imagination, and they too acknowledge their fans.

There is a mix of old and new songs from all of the previous 7 albums. Everyone knows the words to them, and they are quite ok with letting the band know about it. Averill tells tales of paying tribute to the brave Irishmen who fought in WW1 like his grandfather, and a nod to the coffin ships of the Great Famine. There is also a repeated request to “get your fucking fists in the air!” We oblige.

The band has shown time and again that they are grateful for what they have and have a healthy respect for where they come from. On any other night, they’re just another bunch of guys from Dublin just hanging out with their friends, be it in a bar, a shop or whatever. They don’t go “rockstar” and forget their roots. On numerous occasions, each member gives nods to people they know at the gig. I’d say the backstage conversations flow just like any other Dub-land concert. It’s hard to imagine Primordial being anything other than genuinely nice dudes. Their flair for crowd interaction never falters, and Averill takes time to address this. 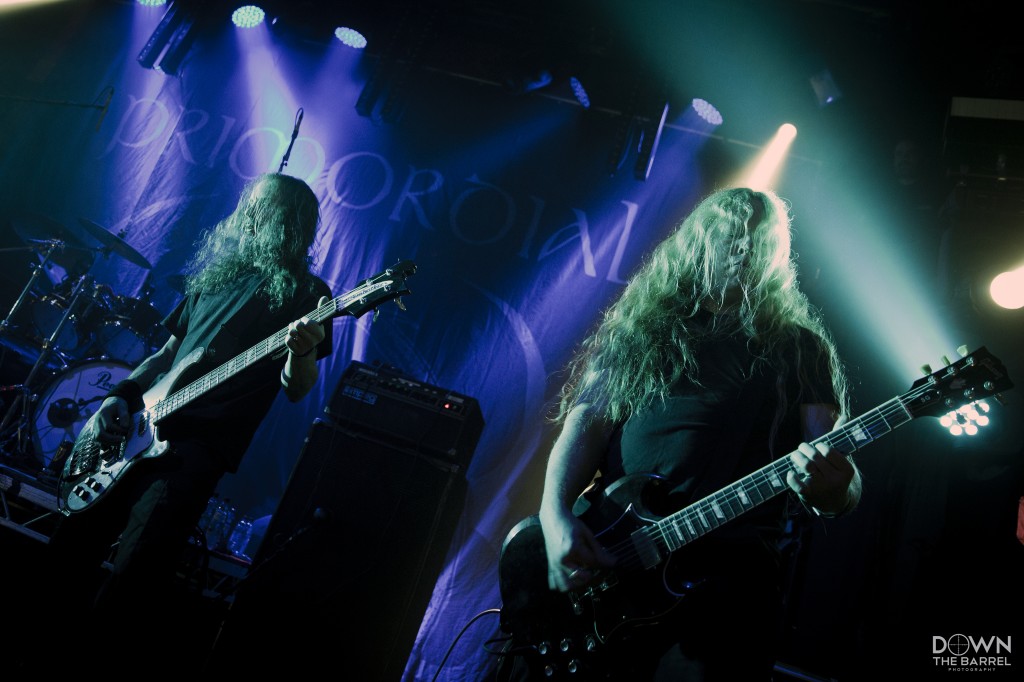 They play “Sons of the Morrigan” for the hell of it. It wasn’t on the setlist, but when you hear “Fuck it we’ll play it anyway!” you know you’ve seen something special. This was a special night, where we journeyed with Primordial to the land of blood, glory, and heritage…. whilst listening to metal. Of course, anything is more enjoyable when you listen to metal…. With the exception of putting children to sleep – that’s just stupid. 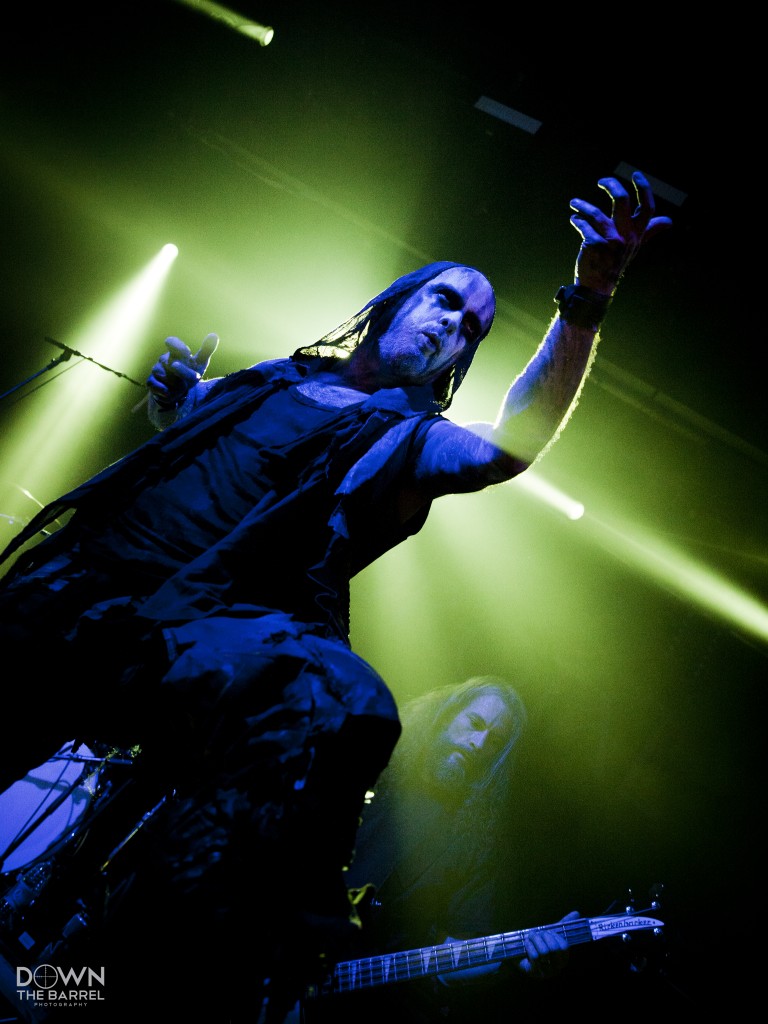 After 6 hours of belting metal and beers, the Academy once again closes out a night that, if you weren’t there, you missed out. Roll on night number 2 at the Voodoo lounge for the rest of the Redemption Festival 2014.

Primordial’s new album “Where Greater Men Have Fallen” is out now via Metal Blade Records. Click here to buy your copy.

Check out more photos from the show in the gallery below and also the full set list. 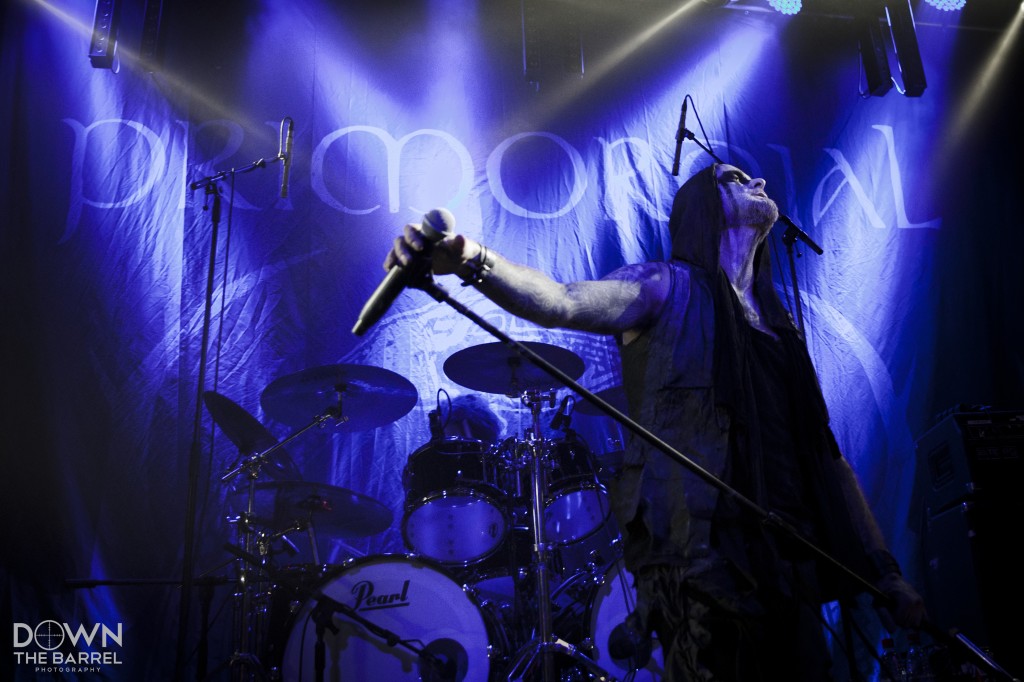 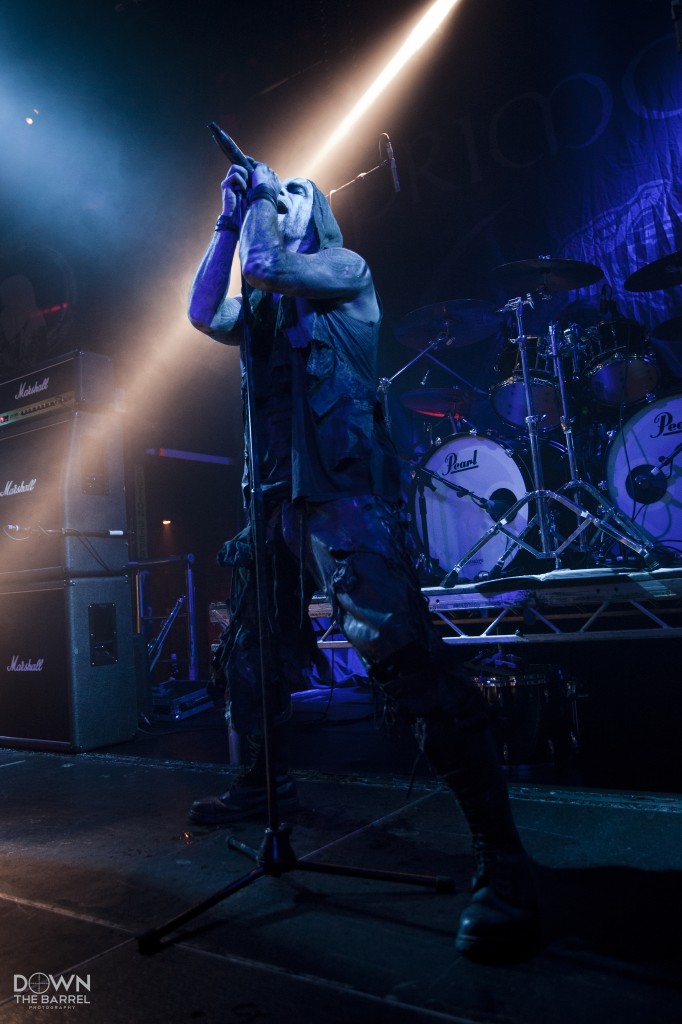 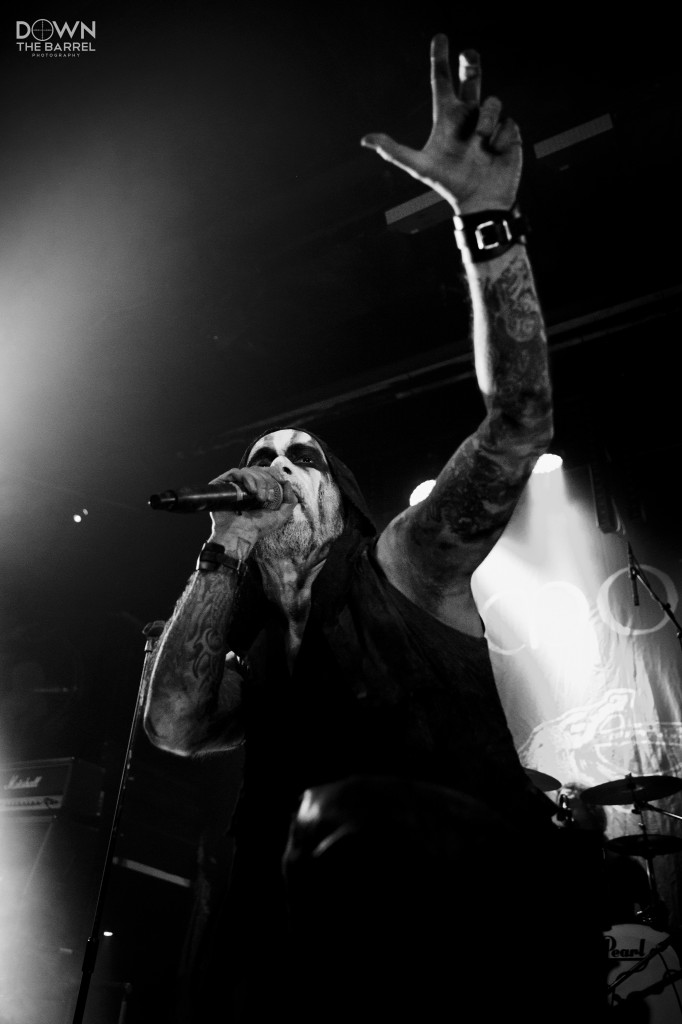 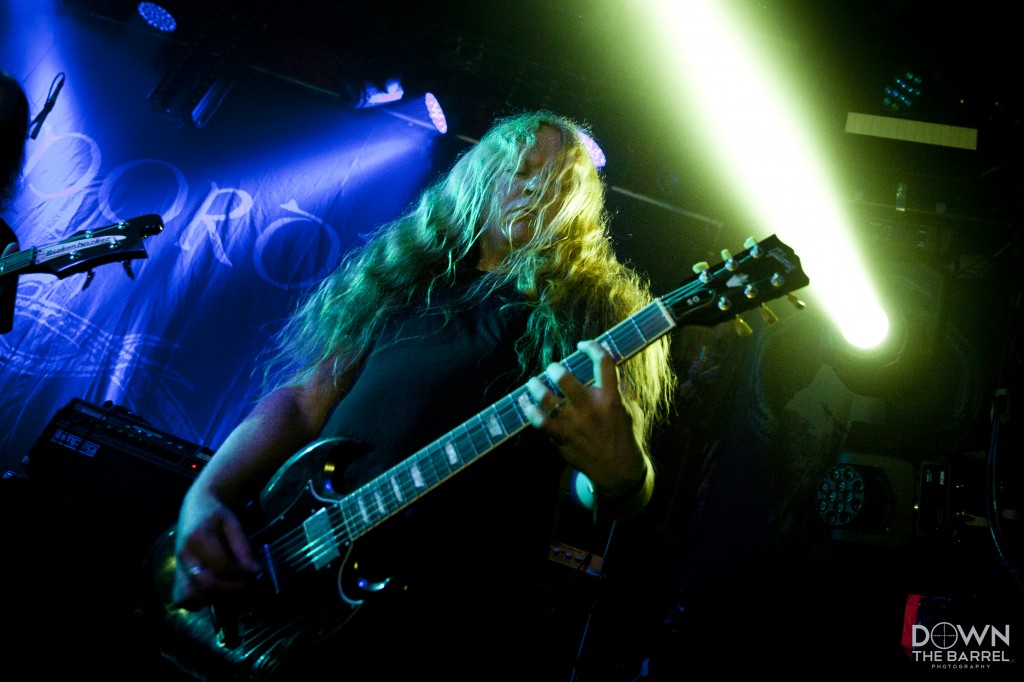 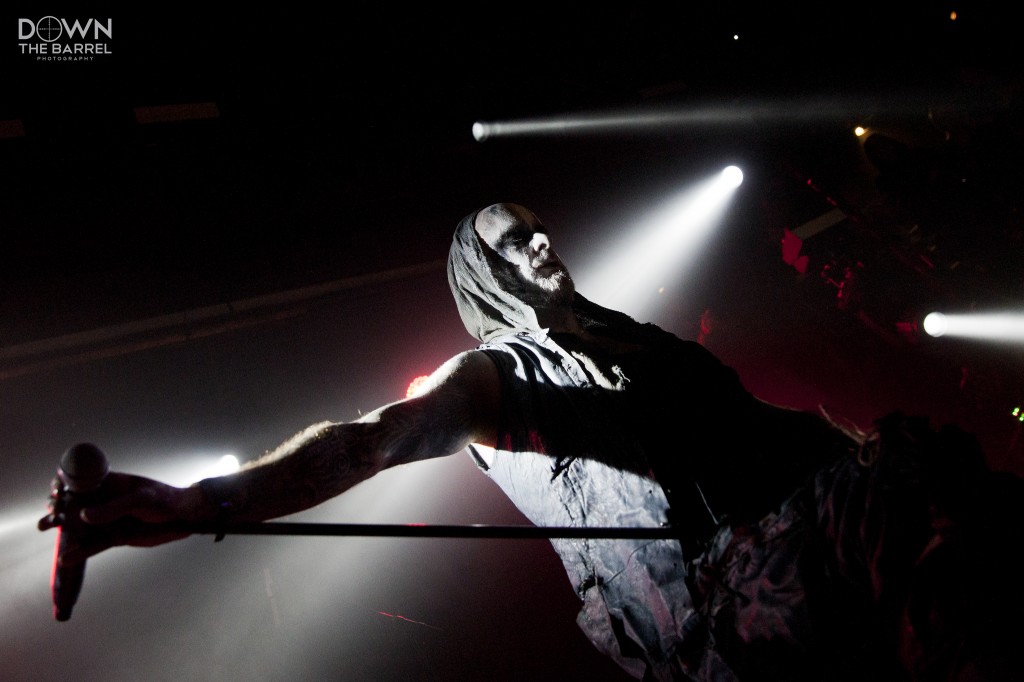 Where Greater Men Have Fallen

Gods to the Godless

Ghosts of the Charnel House

Wield Lightning to Split the Sun

Sons of the Morrigan