Sheffield based psychedelic sludge-metal band Kurokuma have shared the 2nd single from their upcoming  debut album ‘Born of Obsidian which is set for release on 4th Feb. 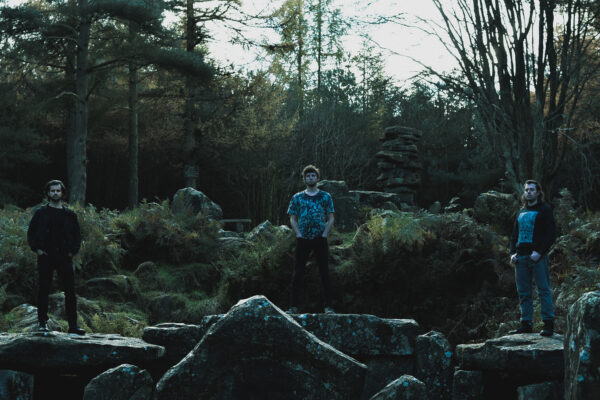 Equal parts primitive brutality and mind-bending psychedelia, Kurokuma will bring a fresh dose of exotic heaviness to the extreme music scene in 2022 with their debut album ‘Born of Obsidian’, set for release on 4th February.

Recorded in London with Sanford Parker (YOB, Eyehategod, Indian) at Narcissus Studio, the Sheffield-based psychedelic sludge trio have been sharpening their mantra-like songwriting since forming in late 2013, finally culminating in a debut album that melds their expansive ideas and abrasive influences together perfectly.

Always ones to avoid the traditional tropes of the doom and sludge metal scene, Kurokuma have often embraced different elements into their ‘heavy’ sound. This includes the worlds of Latin rhythm, kraut-rock and electronica, most recently evident in 2019 when they became the first artist to put out a metal release on legendary underground electronic music label, Off Me Nut with an EP titled, ‘‘Sheffield’s Best Metal Bands Vol.1’.

‘Born of Obsidian’ traverses various sub-genres of metal while maintaining a unified atmosphere all of its own. Thematically it digs deep into the ancient history of major Mesoamerican civilisations; concepts range from Aztec deities, such as Tezcatlipoca and human sacrifice to the god of sun, Huitzilopochtli, to priests’ use of seeds and mushrooms in divine religious ceremonies.

LISTEN TO THE NEW TRACK HERE.

“Sacrifice to Huitzilopochtli is about human sacrifice to the god of sun and war and the Templo Mayor. It was the last thing we wrote for the album when we wanted something faster and shorter than the rest of the eight minute tracks. People know us as a slow band, and while it still has our syrupy tone, this track isn’t slow. It’s more DM/PV to me. In the couple of shows we’ve had the chance to play this live the crowd were totally into it.

After the music had been written there was only one choice for lyrics here. Much of the album is Aztec-themed and we still hadn’t covered human sacrifice. It’s something I remember seeing in an encyclopedia at school, and I was hooked from then on. It was actually a central part of life. They believed if they stopped sacrificing the sun would stop in the sky and an eternal night would come. The direct and brutal nature of the words suited the death metal feel of this song and it makes the perfect second track on our album.”

‘Born of Obsidian’ is released digitally and on CD/tape on 4th February with vinyl to follow later in the year.  Pre-order now: https://kurokumauk. bandcamp.com/album/born-of- obsidian 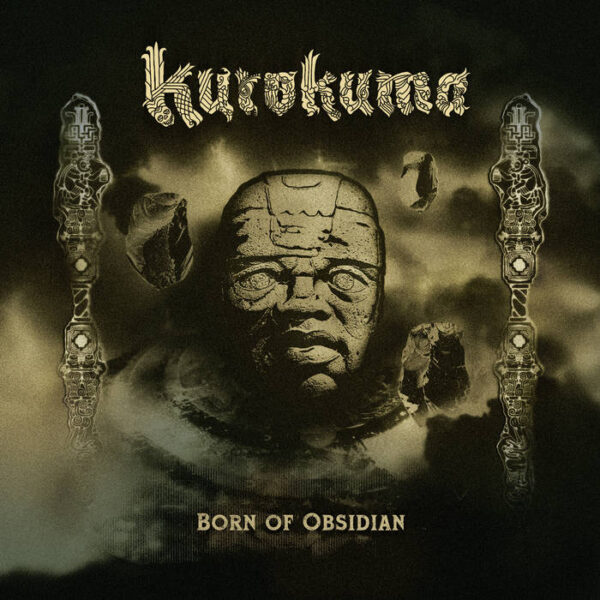