Leeds Indie/Alt Rockers, PULLED APART BY HORSES make their debut in Dublin’s Workman’s Club on October 11th and YOU can win a pair of passes to the show. Details below… 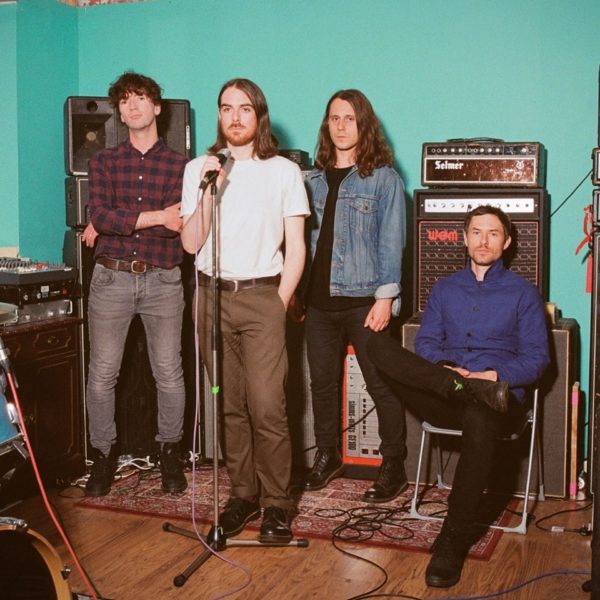 Pulled Apart By Horses are less a gang and more one big fucked-up dysfunctional family. The Leeds quartet are a tightly-knit rock band who make music that thrills and menaces, their songs armed with sucker-punch riffs and zinging choruses.

They formed in 2008 out of the ashes of various bands in Leeds. Since then they have existed in their own chaotic ecosystem, embarking on relentless tours around the world and stopping only to make 2010’s punkily infectious self-titled debut and its snarling 2012 follow-up ‘Tough Love’ (produced by Gill Norton -Pixies/Foo Fighters etc.) .

Everything they’ve done has been drenched in a sense of youthful recklessness, of all or nothing ardour. With third album ‘Blood’ they took things a step forward with wider musical and lyrical themes, embracing their love of psychedelic cinema and developing as a band whilst retaining the thrilling ‘Horses’ sound.

But life doesn’t come with a user manual. Amid the constant noise, clamour and confusion of the Information Age, sometimes -as with much of the technology which surrounds us –human beings work best after simply being switched off, unplugged, reconnected and switched back on again or more accurately, the band felt a simple desire to fall in love all over again with the pure joy of making music.

With trials and tribulations of their critically acclaimed fourth album ‘The Haze’ behind them.  Pulled Apart By Horses are approaching 2019 with fresh perspectives, open minds and a flurry of creativity writing new songs, defining their sound and taking back control!

As Tom Hudson says “Our musical tastes change monthly, never mind over the course of the years, so we are never going to be the kind of band who’d do the same album every time,” “We’ve always been that band that are ‘too heavy for the indie kids, and too indie for the heavy kids’ in industry terms, but it’s quite cool that people don’t really know where to put us, because it means no-one can easily slap a genre name upon us”. “Now we have the freedom to just be who we are.

To win one pair of passes/guest-list to the show, just follow the instructions below;

Q – Where are PULLED APART BY HORSES from? 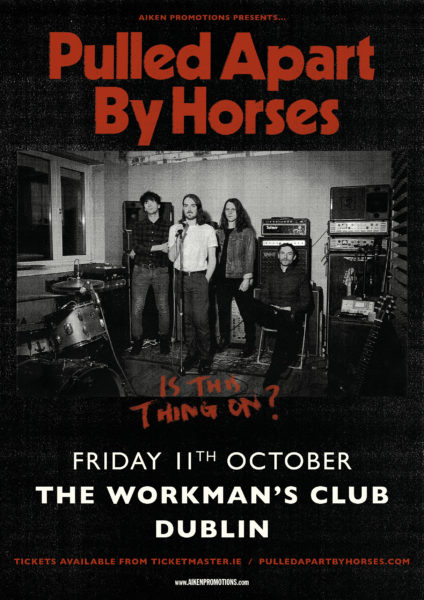