It’s the first single to emerge from the band in several years and a music video for it is available below. The band’s forthcoming as-yet-untitled new album is presently expected to arrive this fall.

Check out the official video for ‘Apocalyptical‘ below;

During the interview with Lowe, Keenan commented:

“…If you’re going to release a thing nowadays, I like to do vinyl, there’s a fixed amount of time. You’ve got to rewind from how long it takes to actually deliver a master, get some test pressings back, confirm those things, put them into production and then have them in the hands of record stores like Stinkweeds and Phoenix. They want to have that vinyl in their hand. So you have to start thinking in terms of that clock. And most artists do not like that at all. They feel like they’re being oppressed.

But if you just put your feet to the fire on this particular end, you don’t want to force creativity, but part of it, I argue that you do. Then you need to pull your head out of your ass, quit being a wimp about it and just force yourself to just … You have a goal today. Write one line and one melody. Solve this puzzle today. One piece of this puzzle. Make yourself do it. If you don’t do it, forgive yourself.

Try it again tomorrow or try it again a week from now, but don’t let yourself off the hook. Force it. And then all of a sudden you’ll find when you get past this, it’s almost like a crest, you can see the entire valley. ‘Oh shit here it is.’ and it all unfolds. And that’s what happened with ‘Apocalyptical,’ this track that we’re releasing.

I was like, ‘No, I’m going to get this thing.’ Because I had been working on another track before. I couldn’t crack it and I did it. I did the due diligence. I was forcing myself to try to nail it, couldn’t get it, put it aside. I was going to take a break and then jump right into this one. Cracked it. Mat was out here for harvest and we tracked it on my wife’s birthday.

“That was the initial scratch vocal, and by September first or second, the lyrics were written and the initial tracks are tracked and I believe some of those initial tracks are still in the song, so I didn’t have to go back and re-track them. That’s the discipline side of being an artist, that’s hard for artists to kind of get to.

“I’m an artist. I need my space. You need a spanking.”

The coming release of the band’s new album will arrive via Alchemy Recordings. That label was co-founded by ex-American Recordings Vice President of A&R Dino Paredes and festival promoter Danny Wimmer of Danny Wimmer Presents. 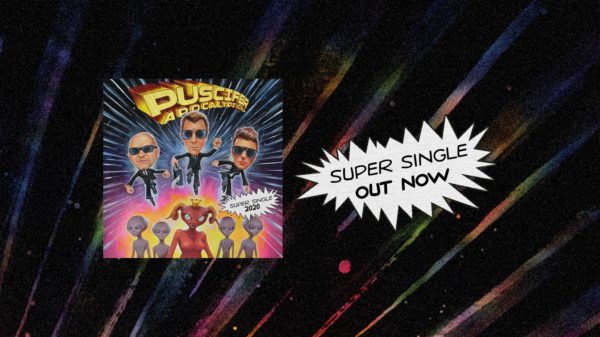