Following a phenomenal 3Arena show, last November, which sold out in minutes, Queen + Adam Lambert have made the surprise announcement last Friday, that the band will play new European dates, including an open-air concert at Marlay Park on Sunday 08 July, subject to licence. 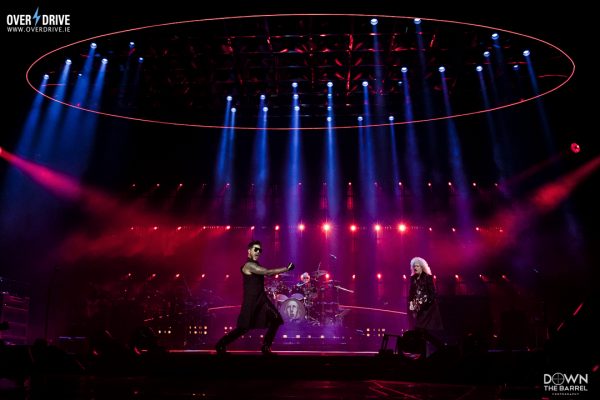 © Down The Barrel Photography 2018 exclusively for Overdrive.

The concert announcement followed unprecedented demand from Irish fans left unable to attend their 3Arena show, which boasted this setlist packed with hit, after hit, after hit..

Brian May said: “The almost unanimous reaction to our last round of dates in Europe was this is absolutely the best production we’ve ever mounted. There has been a great demand for us to go back. So, while we’re still physically able to perform at those high energy levels on this massive scale, we thought… ‘YES !! One more around the block!’ It’s live, it’s dangerous, and it takes every ounce of fitness we can muster. But it’s still fun!“ 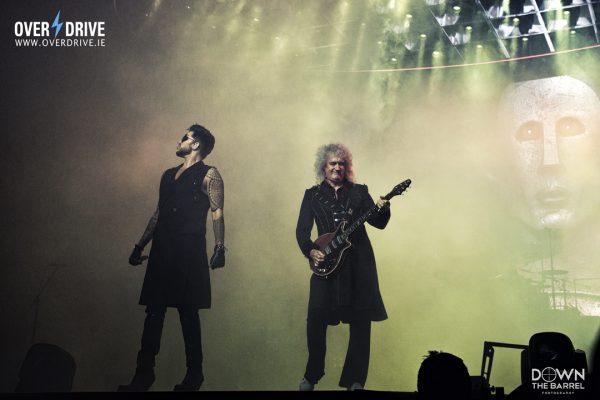 © Down The Barrel Photography 2018 exclusively for Overdrive.ie

Adam Lambert added: “I enjoyed every second of the recent European tour and really felt the love in every city. I can’t wait for us to get back there again in the summer!”

The summer concert will again showcase Queen + Adam Lambert’s spectacular new stage production which was conceived around the 40th anniversary of Queen’s News of the World album and drew rave reviews across the media with such examples as:

“With fantastic players, a dazzling stage design, an almost unparalleled catalogue of classic songs, and an outstanding frontman, Queen still offers one of the most entertaining nights of rock and roll to be seen and heard anywhere.” (Daily Telegraph, UK. 13 December 2017)

“The stage production, theatrics, band performance and audience reaction is probably the best that I have ever had the pleasure to witness.” (Daily Express. December 16, 2017.)

Queen + Adam Lambert’s magnificent 2017/2018 touring show has been custom tailored for the band by some of the world’s most cutting-edge creative talents. Responsible for design and production is Ric Lipson from Entertainment Architects Stufish Productions, renowned worldwide for their innovative work with artists such as Pink Floyd, the Rolling Stones, and U2, as well the opening and closing ceremonies of the 2008 Beijing Olympics. 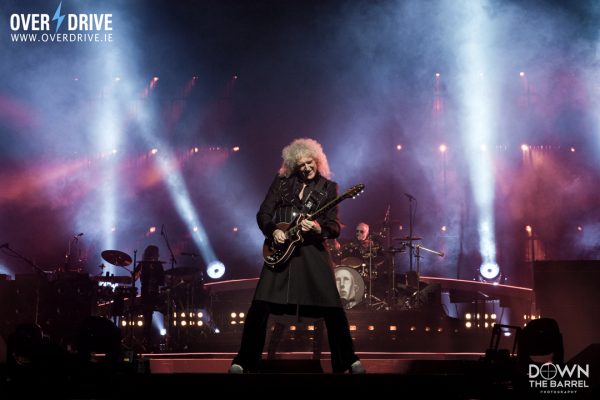 © Down The Barrel Photography © 2018, exclusively for Overdrive.ie

Making use of over 300 moving lights during the show is the highly acclaimed lighting designer Rob Sinclair, who has illuminated tours for major artists including Adele, Peter Gabriel and Kylie Minogue. The production’s genuinely eye-popping laser elements are the work of ER Productions, behind both the opening and closing ceremonies of the London 2012 Olympics and seen by over 900 million people worldwide.

On the musical side, the Queen + Adam Lambert touring band also features Spike Edney on keyboards, Neil Fairclough on bass, and Tyler Warren on percussion.

Since first sharing the stage for the American Idol final in May 2009, Queen + Adam Lambert have proved to be a hugely successful global partnership, having now played more than 130 shows in every corner of the world.

Tickets from €79.50 available now via Ticketmaster. Win passes for Queen at Marley Park, Dublin Ireland on Sunday, July 8th by clicking on the competition graphic below and follow these simple instructions: 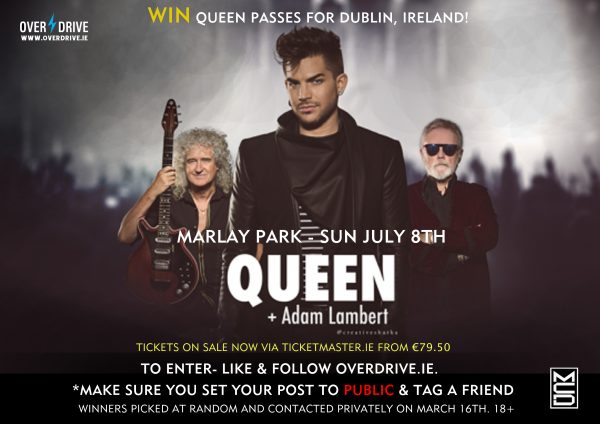