Having postponed their scheduled April show here in Dublin, the mighty QUEENSRYCHE will finally grace the stage in Dublin’s Button Factory on October 18th. 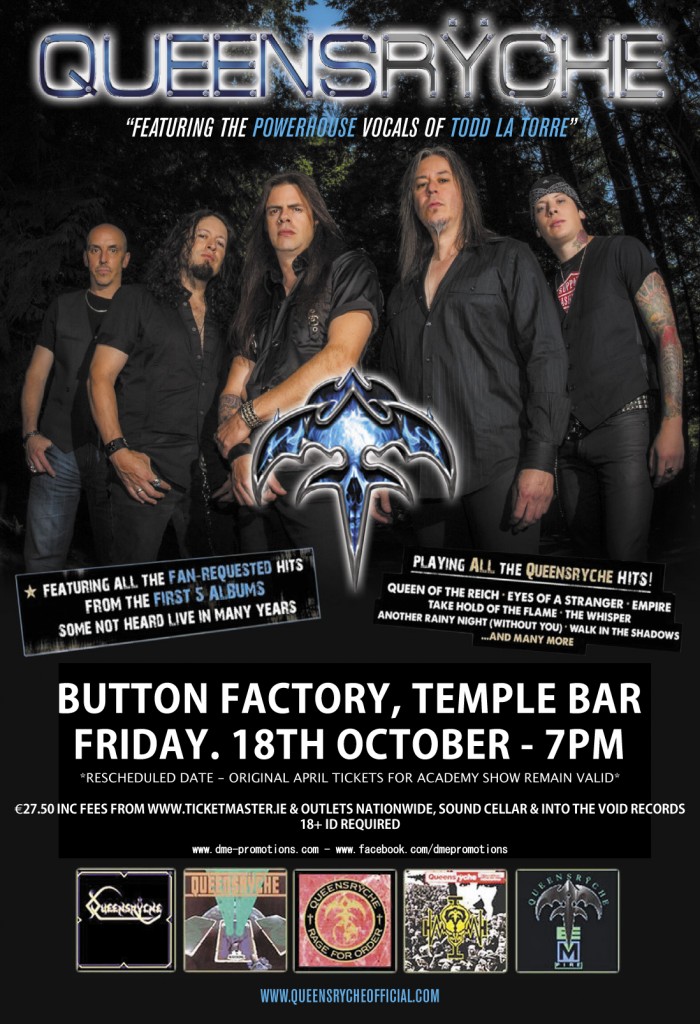 It’s taken from this year’s self-titled album, their first with new frontman Todd La Torre after the dramatic departure of Geoff Tate last year, which has kept both parties embroiled in legal action.

Drummer Scott Rockenfield recently admitted the band knew they had a lot to prove with the new record, saying: “While working on it we’d joke, ‘Are we putting out a turd?’ You can’t polish a turd, and you can’t convince people to buy a turd.”

But he adds: “Our transition brought back that energy and feel that was missing. It feels like a rebirth.”

Some of that rebirth is captured in the Redemption video (see below), which features scenes from La Torre’s first shows with the band and their initial recording sessions.

The La Torre line-up of Queensrÿche will be appearing in Dublin for one night with support from Crash and there are a limited number of tickets available for this once off show, so don’t miss out.

Tickets available from Ticketmaster. For more information on this show please head over to DME Promotions for all the stage times etc. 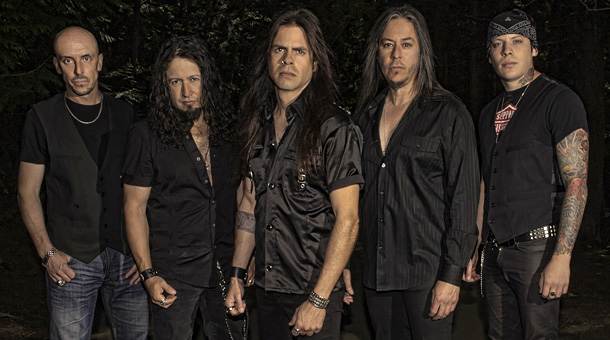