Ramblin’ Man are proud to announce the addition of the Rising Stage and a further 12 acts to the bill. In partnership with Laney Amplification, TAMA drums, and Andertons Music Company, the Rising Stage features the best of UK’s up-and-coming artists, including:

Colour of Noise, Cats in Space, Massive Wagons, City of Thieves, The Naked Six, Mason Hill, Dirty Thrills, Illustr8tors, StoneBroken, Will Wilde, Wicked Stone and Bigfoot will all be taking to the stage at this years highly anticipated gathering!

Spirit Of Rock Director Chris Ingham reminds us, “With all the concerns over our collective tomorrows with the Brexit, Ramblin’ Man Fair invites you to chill out and take a more reassuring view of the UK’s horizon. Having seen all these bands kick out the jams recently, we can predict with an absolute certainty that the future of UK rock ‘n roll is secure. It’s a diverse line-up: a true mix of styles across two days, but it’s absolutely packed with quality. Miss ’em at your peril!”

Bruce John Dickinson (from Colour of Noise) helped to coordinate the stage, and had this to say, “It is a real privilege to be involved in putting the Rising Stage together for the immensely cool Ramblin’ Man festival. Hats off to the team at Ramblin’ Man, who had the vision to support the concept, and to our amazing sponsors who made the stage possible.” 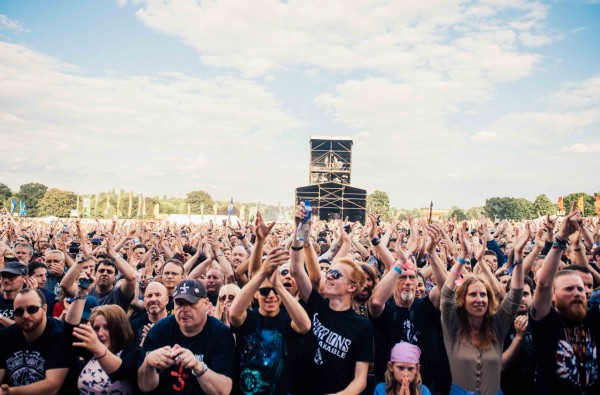 “There is no denying that we are witnessing a wave of great new bands committed to old school rock ‘n roll values getting out there and putting on a great show. There is real feeling of community with the acts and this stage celebrates that friendship and support. At this time of disunity, music pulls us all together. Peace!”

Now in its second year, Ramblin’ Man (23rd to 24th July 2016) is bigger, better, and with the addition of the Rising Stage the festival offers even more choice and variety.   Set amidst the elegance and beauty of Mote Park in Maidstone, Kent, Ramblin’ Man Fair is the must-see event for festival lovers seeking a rich and varied musical line-up, including a number of UK-exclusive performances.   This event promises to be a unique experience, and Ramblin’ Man Fair is set to become a staple of the UK festival calendar. One to add to your diary. 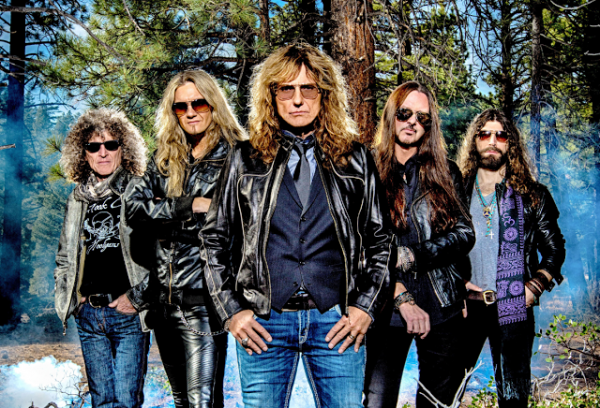 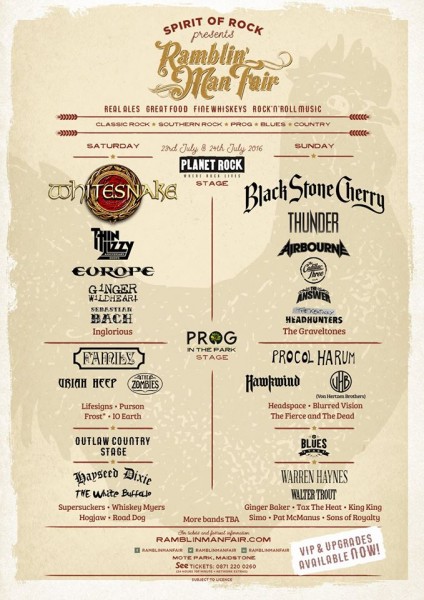 Ramblin’ Man Fair is the must see event for discerning festival goers. A quality musical line up with a number of UK exclusive performances. The event will be a unique experience set to become a staple of the UK festival calendar. 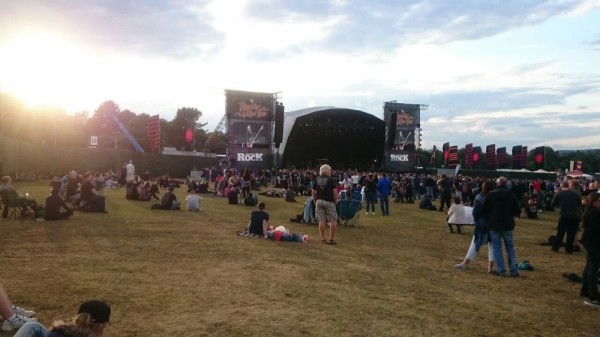 The festival will take place in the beautiful Mote Park in Maidstone, Kent – the garden of England. The park is one of the largest in South East England with more than 450 acres of mature parkland and a 30 acre lake. With multiple travel links via train (Ashford International, Maidstone East and Maidstone West in close proximity) and road (with three park and rides available around Maidstone). The festival site is also perfect for European festival goers with easy links to the London airports, the Channel and Ferries to and from mainland Europe.

In a statement Spirit Of Rock said, “Now under new management, year two of Ramblin’ Man Fair will be even bigger and better than year one. The festival will concentrate on a core offering of classic rock, prog and Southern rock music showcasing both legends and new talent. Ramblin’ Man Fair will come with a new emphasis on great food, fine bourbons and the colourful world of rock culture.”

Spirit Of Rock Director Chris Ingham adds, “Ramblin’ Man 2016 is my first venture with the Spirit of Rock, the company I formed in partnership with RFS entertainment after twenty years at Classic Rock and Metal Hammer magazines and latterly, with TeamRock. I actually attended the 2015 concert in Mote Park and I was hugely impressed not only by the diversity of the artists but also the great atmosphere and the sheer potential of the brand.

It’s time to create a music festival that appeals as much to the foodie as it does the rock music fan in us all. Let’s have Classic Rock, Southern Rock, Prog, Blues and Country music stages alongside great outdoor BBQ food, fine bourbon whiskies and barrels of real ale in the heart of Maidstone’s beautiful Mote Park. Knowing whom we have

booked to play and alongside these new areas Ramblin’ Man 2016 will be a very special weekend indeed, don’t miss out.” – Chris Ingham

Tickets are on sale now and can be purchased from this link! To keep up to date with all Ramblin’ Man Fair announcements please like, follow and visit this link.