Ramblin’ Man Fair are delighted to announce the inimitable Mott The Hoople as their second headliner for this year’s festival. 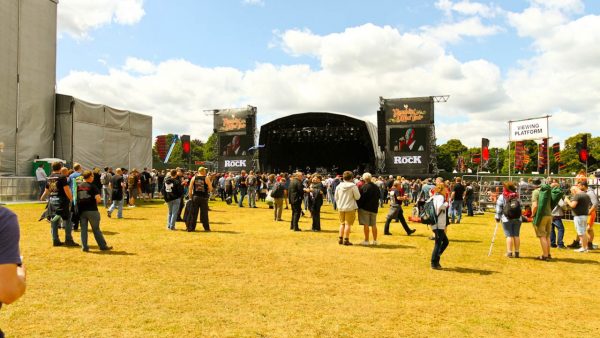 Following on from the critically acclaimed and commercially successful third year in 2017, Ramblin’ Man Fair returns in 2018!

This year the festival will move from its traditional end of July slot to the 30th June and 1st July 2018. Ramblin’ Man Fair is pleased to announce the second headliner for the event in 2018 as Mott The Hoople (Main Stage Headliner / UK Festival Exclusive) with many more acts to be announced…

Originally formed in 1969, Mott The Hoople went on to become one of the best-loved and widely influential UK bands of the 1970s. The band produced albums such as “All the Young Dudes”, “Mott” and “The Hoople” and singles such as, the David Bowie-penned, “All the Young Dudes”, “Honaloochie Boogie”, “All the Way From Memphis”, “Roll Away The Stone”, “Saturday Gigs” and “The Golden Age Of Rock ‘n’ Roll”.

Consummate live performers and fronted by the wonderful Ian Hunter, Mott The Hoople will be a fantastic addition to the Ramblin’ Man Fair bill in 2018.

“Looking forward to realigning with my old Mott the Hoople mates – the Great Ariel Bender and the Sartorial Morgan Fisher at Ramblin’ Man Fair in June. Both toured extensively with Mott and both were featured heavily of ‘The Hoople’ album after Mick Ralphs and Verden Allen left the band. I know many people were disappointed when neither appeared on the ’09 and ’13 get-togethers – hope this makes up for it!” Ian Hunter

Country Stage
Steve Earle & The Dukes (Headliner)
Me & That Man 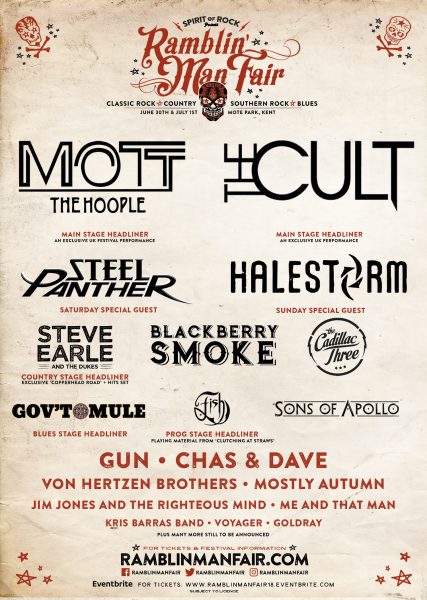 Tickets are available now priced as below:

To keep up to date with all Ramblin’ Man Fair announcements please like, follow and visit us: 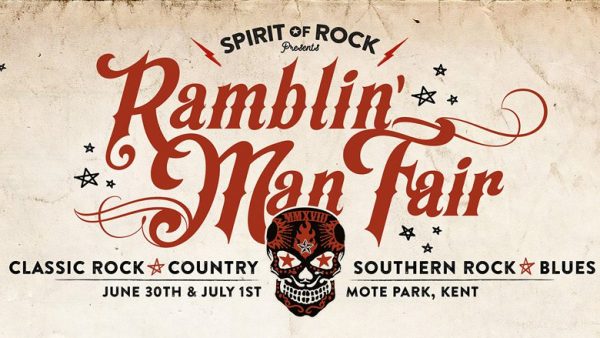