THE RAVEN AGE ARE LOOKING FOR A BAND TO JOIN THEM ON THEIR IRISH DATES THIS OCTOBER!


The Raven Age in conjunction with MCD Promotions are offering one lucky Irish band the chance to join the London based five-piece for their Dublin and Belfast shows this October. Find out more below. 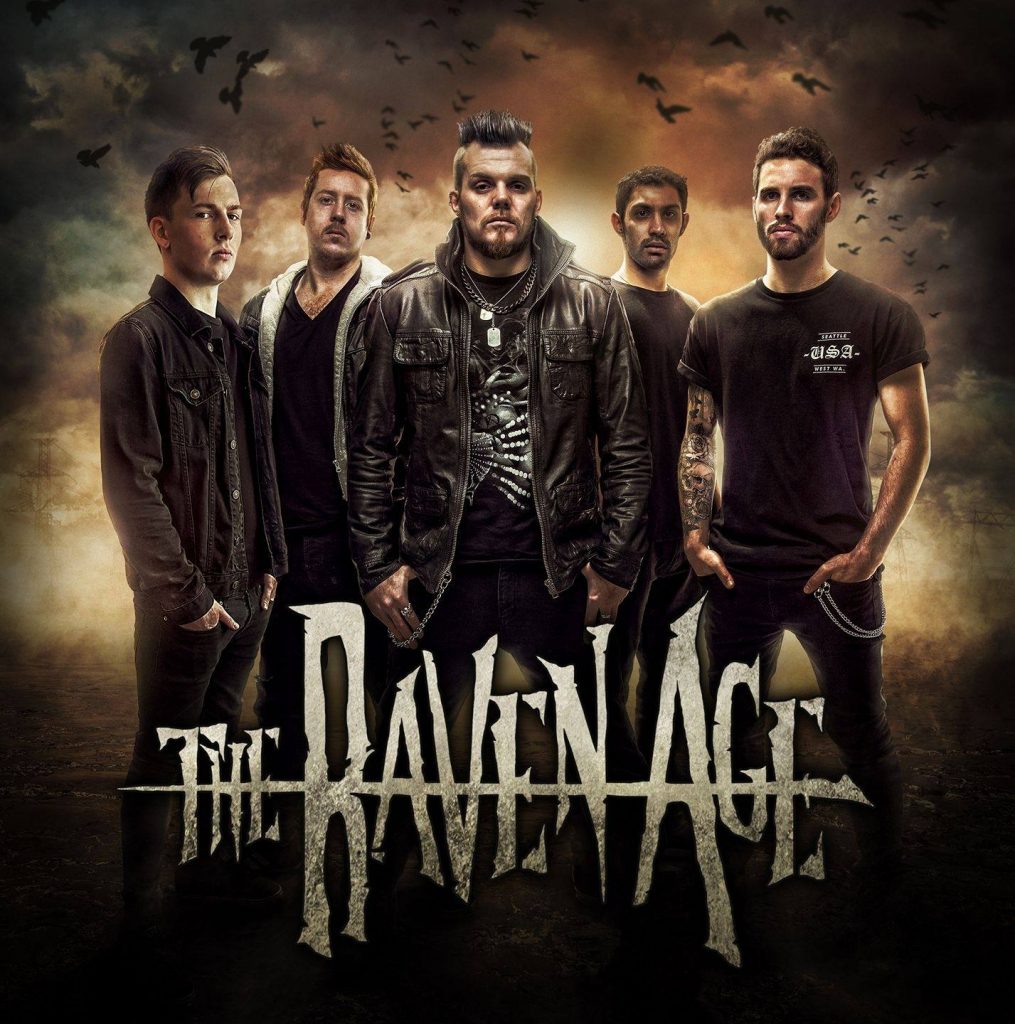 It’s every band’s dream: a football stadium filled with ecstatic fans chanting your band’s name, screaming every lyric, fists in the air, lost in music, bonded as one in rapturous communion. This was the scene The Raven Age witnessed each night when they accepted an offer to support British metal legends Iron Maiden on their wildly successful The Book Of Souls world tour in 2016.

“It was an amazing experience,” admits guitarist Dan Wright, “a tour we’ll remember forever. It was an insight as to what can be achieved with hard work, the right attitude and brilliant songs. This is just the start of our journey, of course, but that tour laid out the goals our band should aspire to. We couldn’t have wished for a greater motivation or bigger inspiration for what The Raven Age could be.”

Such aspirations were far from the minds of Wright and fellow The Raven Age guitarist George Harris when the pair were first introduced in 2009 via their respective girlfriends. Back then, the teenagers were in thrall to metalcore acts such as Killswitch Engage, Parkway Drive and Avenged Sevenfold, and shared a mutual love of lavish film scores and stirring classical symphonies.

“It’s been a crazy journey so far,” Wright adds, “and there’s a big expectation now with the album coming out on a major, but we’re really sure of our music and our ability. Now we have this attention, it’s time for us to stand on our own feet and show that we’re ready for the next chapters in our story.”

Having toured with Iron Maiden, Ghost, Anthrax, Opeth, Mastodon and many more legendary bands, The Raven Age is looking to offer one lucky band to join them for their Irish dates on October 30th in Dublin’s Academy 2 and October 31st in Belfast’s Limelight 2.

All you have to do is send your band’s EPK/Bandcamp link to the following email address:

Please make sure that all band members are 18+ and available for both shows on October 30th and 31st.

The Raven Age will be playing in Dublin’s Academy 2, Monday, October 30th with tickets priced at €17.00 (including booking fee) from Ticketmaster.Doors 7.00pm |Over 18s |ID Required. 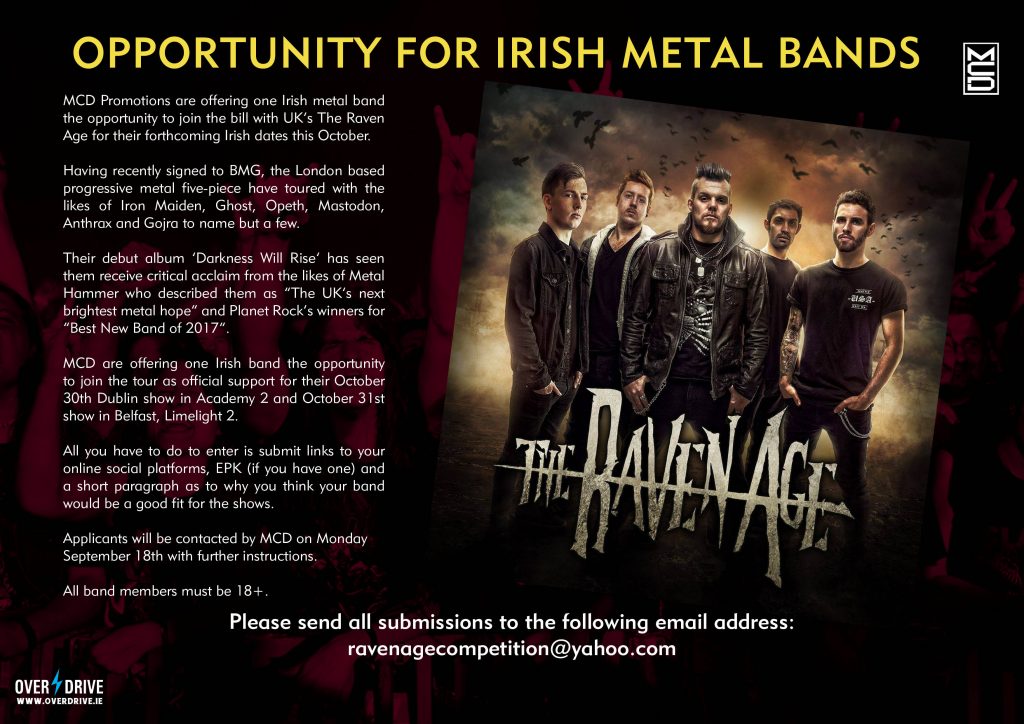