Red Fang smashed out of their hometown of Portland, Oregon over the last two years gaining huge amount of admiration in what seems like every territory that has any kind of interest in Metal/Rock music. 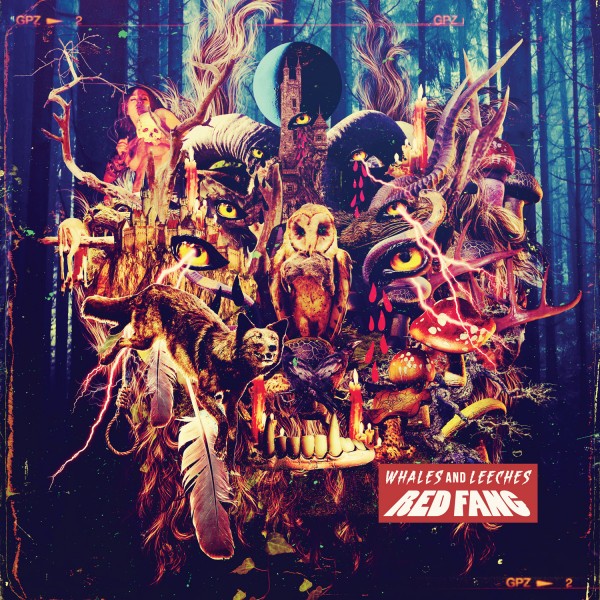 The band, who consists of Aaron Beam (Vocals, Bass), Bryan Giles (Vocals, Guitar), David Sullivan (Guitar) and John Sherman (Drums) have been relentlessly touring and writing since before the release of their debut “Red Fang” in 2009.

With a tour support slot for Mastodon back in 2011 along with Dillinger Escape Plan, the band headed over to Europe and the rest, as they say is history.

Red Fang captured the ears and hearts of the European audiences on that tour and upon the release of their second album “Murder In The Mountains” they could do no wrong.

This writer saw the band take on the Download Festival during the summer and win, before catching them perform a  very intimate gig in Dublin city’s Whelan’s, where they displayed a performance that in my opinion was one of the best shows in recent years.

The anticipation for the release of the bands third album “Whales & Leeches” has generated almost fever pitch excitement from the Overdrive team, as well as the many fans the band have acquired in the past year or so.

Finally in early September Overdrive received the advance copy of the album, and before we get into this, all we can say is that Red Fang don’t disappoint, that’s for sure!

Opening track “Doen” just comes smashing out of the traps with a huge sound that is almost staggering. The production on “Whales & Leeches” fits the band perfectly with a clarity and balance not achieved by other bands of a similar genre. The drums sound big, angry and ready to punch you out,  leading the way for the Sullivan & Sherman guitar assault.

Second cut on the album “Blood Like Cream” was released by the band as an album taster last month and is very catchy indeed. There is an almost Queen’s of the Stone Age vibe about the tune circa ‘Song’s For The Deaf”. No doubt this will be a banger when executed live.

Guitarist Bryan Giles takes over the vocal duties on “No Hope” with a snarling angry rasp that fits the pulsing swagger of the riff that climbs and weaves between major and minor chord progressions.

Continuing with the busy driving riff’s “Crows in Swine” offers a pounding march of brilliance seeing a fantastic performance from drummer John Sherman. The mix between rhythm section and guitars on this tune is fantastic and displays just why Red Fang are so damn good at what they do.

“Voices of the Dead” keeps a steady tempo, but has a hypnotic chorus that may not be as catchy as “Blood Like Cream”. The song still delivers a punch thanks to the furious use of  cymbals and chainsaw chugging guitar work. This tune is just begging to be played loud at your nearest sweaty, beer soaked club.

Keeping up the fast paced tempo, “Behind The Light” opens up with a rather tasty riff, twinned with a clean vocal from Aaron who just sounds killer on this album. Aaron who takes on most of the vocals for Red Fang, seems to be more confident on this record with harmonies peppered throughout, highlighting the more melodic aspects of the band and their ability to keep the equilibrium of crushing heavy riffs with a clean melodic vocal.

What comes next is nothing short of outstanding! “Dawn Rising” begins with almost the same emotion of each track on “Whales & Leeches”, but just when you think your going to be traveling on the same speed, the band take it right down to seven minutes of deep, slow, doom laden groove that would please the most critical of Sabbath fans. “Dawn Rising” is all about the vocals as they are just fantastic on this track. With guest vocals from Mike Scheidt (YOB), this tune is a filthy slab of heavy and ready to be played in the early hours on just about any dive bar duke box. Awesome stuff!

In keeping with the slow pace of the previous track “Failure” keeps the darkness of early Sabbath in check, all the while painting a backdrop for the bands second guest vocalist Pall Jenkins (The Black Heart Progression), who’s gravel pit vocals are a perfect fit.

Bringing the tempo back for “1516” see’s the band just get heavier and heavier. A clear influence of The Melvins, Sabbath and early Queens of the Stone Age are detected on this album, however it seems that that band are moving to a much more experimental, darker and way heavier place.

“This Animal” is a belter of a tune that has a great bass line working under the vocals. Followed up with “Every Little Twist” that carries a real QOTSA / Kyuss vibe. Vocal harmonies dominate throughout with a hypnotic, mantra sound that works so well with the driving rhythm and the prog style solo’s.

All in all “Whales & Leeches” is an outstanding album that displays the true essence of who Red Fang really are and more importantly how they are growing musically. What is so awesome about Red Fang is that they could have easily made a commercial album laced with radio friendly catchy tunes, knowing that the world’s media and steadily growing fan base would lap it up regardless.

This is what separates Red Fang from the other bands out there. They choose to make an album that far exceeds the musical pallet of the general masses and stayed true to their belief in creating music that has flesh and bone, dripping with emotion and honesty like pure honey from the hive. This album is simply brilliant from start to finish and has set the bar for bands of this genre. Fantastic!

Whales & Leeches will be released on October 21st via Relapse Records. 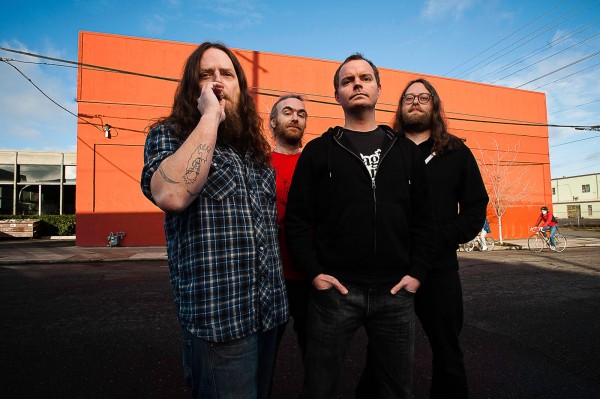