Death‘s live concert series continues with a second instalment this week featuring the bands’ performance from Chicago back in 1987.

Archived and very rare recordings from DEATH’s history is being released by Relapse Records much to the delight of the bands’ global army of fans.

Below you can hear a concert the band performed in Chicago, IL back on April 28th, of 1987. That set as been titled “Non-Analog – On Stage Series – Chicago, IL 04-28-1987” and features the following setlist:

You can access the audio via the link below. Enjoy!

If you missed the first recording from this series, you can access it below. Recorded in Montreal, on August 22nd 1985. 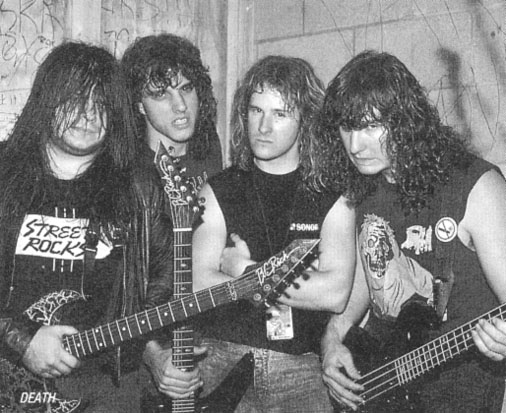