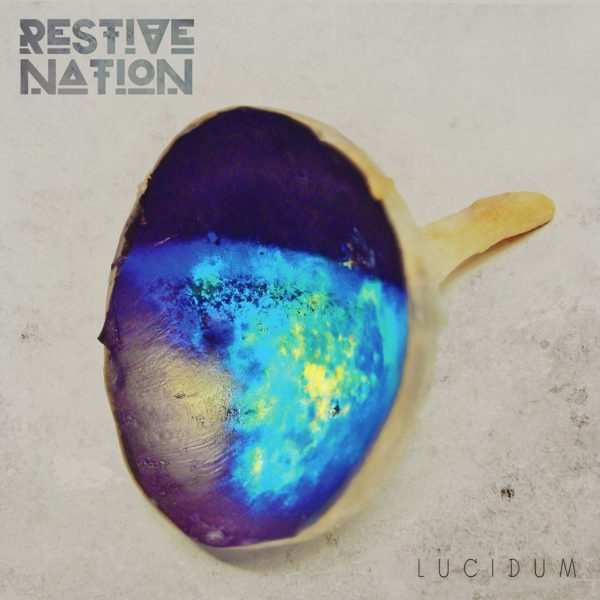 Featuring a multitude of genres, Restive Nation’s new EP ‘Lucidum’ see’s the seven-piece march into the unknown with bold confidence as they manipulate a pic-n-mix of styles from heavy prog and metal, to electronic, soundscape, punk and groove-based hard rock.

‘Lucidum’ is packed with quality songwriting and virtuoso musicianship that offer a selection of infectious compositions designed to transport to destinations far beyond the mainstream.

OD – Today marks the official release of ‘Lucidum’ the bands’ second EP. Can you firstly, tell us about the reason for the title and it’s meaning/concept?

CIARÁN – The concept and title actually stem from the opening track Tapetum. Around the time of writing the Tapetum riff, I was reading The Invisible Man by H.G Wells.

In the book, the protagonist is trying to turn a cat invisible. He succeeds in turning the whole cat invisible except the ‘tapetum’. Intrigued by this strange new word I looked it up and learned that a tapetum is the reflective layer we see in some animal’s eyes and it’s the reason we can see a cat’s eyes in the dark.

I thought that this could be a cool concept. I researched it further and found out that the full scientific term is ‘Tapetum Lucidum’ and came across the image of the cow’s eye on the cover. The image was taken by a lovely dude called Andrew Meyerson and he kindly let us use the image on the cover.

OD – Would you say this is a deliberate continuation from 2018’s ‘We Atrophy’ in terms of the overall concept of the band as I know Restive Nation are fond of using specific subtle meanings embedded in the visuals and lyrics?

CIARÁN – Yes, both have extremely striking artwork created by Mainstage Design that is designed to illustrate the narrative. We Atrophy was never meant to be a stand-alone EP, it was always our intention to continue to the story with a sort of sequel.

We Atrophy represented an over-indulgent, wasteful and debaucherous side of humankind and it ends in a real horrorshow. Lucidum is the flipside to this, it’s the light, the awakening. It kind of represents lifting the veil and realising some home truths. It encourages the listener to see beyond what’s right in front of their face in search of something more meaningful and honest.

OD – The EP has a total of five tracks, can you talk us through each one as per the tracklisting order?

1.Tapetum – Vocals: John Atmahead
Definitely one of our heaviest (and shortest) tunes. I was working on it around Halloween 2017. As I mentioned earlier the title comes from a book. We always give our tunes a working title and this was perfect.

When I took it to Chris (Cahill – Production & Sound Design, Guitar, Vocals), we hashed it out in his home studio in a few hours and intentionally kept it short so that it could serve as an intro that would scream for attention. I took it to John and explained the concept, he loved it, kept the title and came back to me with the lyrics a week or two later. The lyrics need no explanation, look for yourself…

2. Coma – Vocals: Tony Carberry
This has been out for two weeks and is getting an incredible response, a straight-up banger.

It’s based on Tony’s personal experience and dark times in 2017 when many of his idols took their own lives. He penned the lyrics just days before Chester Bennington of Linkin Park was found dead. Tony went home to Longford to record a demo version for us but he realized he had forgotten his notebook.

What came out of the home recording was a combination of remembering some of the lyrics he had written and channelled his own sadness at the loss of one of his favourite singers of all time. It was originally called ‘Coma of Lies’ and later changed to ‘Coma’ 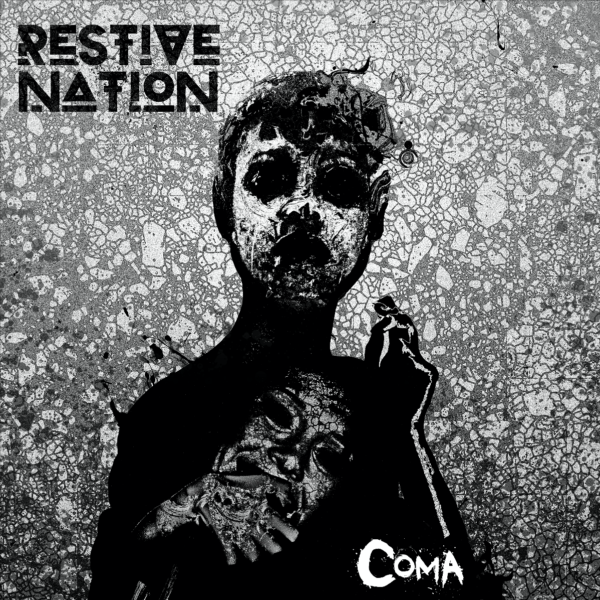 3. The Prouder Ones – Vocals: Pawney
This is one of my favourite songs to play, it’s got a great 3/4 groove and the bass and drums are beautifully locked in.

The music of this track was an idea that came from our original guitarist Eric. Chris came up with an amazingly spacey synth that waltzes through the verses. We took this one to Pawney who wrote what can only be described as pure poetry.

We asked him about the meaning and he said: “The idea came about a little after I had started a job in the city. It was the first time since the recession that I had been able to pay my bills and still have a little something left over. There was a lot of talk about how the country was “getting back to the good times” but 7 am in the city said otherwise and after 2 weeks I was accustomed to seeing tents at the Four Courts and bodily fluids being rinsed out of every alleyway in Temple Bar.

One morning I was sat down at what used to be the Central Bank and a woman approached me and asked for change and I didn’t have any. It was a question I had been asked 10 times every morning and saying no had become second nature. She shrunk a little and said, “I’m sick of this life” and walked away.

I was disgusted with myself for how dismissive I had become of people in need and it just felt as if every morning when all those alleys were hosed down, and tents got packed up we just went back to pretending that everything is “fine”

A high energy aural assault! I guess this one is kind of our ode to The Prodigy. We decided to try a simple one-liner as a vocal and we got onto John who was living in Australia at the time. My exact words were: “Can you give us a one-liner of a similar vein to Keith Flint?” A week later I spoke to him on the phone and he said: “Timmy mate, I’ve got a line and I think you’ll appreciate the Zen black humour of it”. Appreciate it I did!!

5. Descent – Vocals: Chris Cahill
Probably my favourite tune we have. Built around 3 simple chords and led by a beautifully simplistic piano line penned by Chris, this is our take on Nine Inch Nails’ 2005-2007 era.

It was written about an acid trip Chris had with some friends and I love how he sets this one up live with the intro: “I wrote this tune after dropping acid with my mates and watching their brains turn to absolute scrambled egg”, gets me every time! I’m really proud of the finished product, it stays on those chords for the whole song and the way to keep it interesting was to really focus on dynamics and natural space of the tune.

OD – There is a real element of ‘soundscape‘ with the band, have you considered or would like to be involved in a visual project of any kind and if so, what genre would you like it to be?

CIARÁN – Yeah, the visual aspect is a huge part of the band and we put a lot of focus on artwork for our singles and EPs. We have made 2 music videos as well which we take great pride in and we have a couple more in the pipeline.

We have also come to realise that the instrumental versions of our tunes would work very well as background music for TV and film and we have secured a licensing partnership with Avant Music Port who provide music for TV and Film in Ireland. Last year an instrumental version of our track Cliff’s Edge was used in Paperbag Animator’s short cartoon Agony Ant which just works perfectly

OD – It’s becoming more apparent with each release that Restive Nation likes to march to the beat of your own drum, playing by your own rules. As far as thinking outside the box, do you have any aspirations for a Restive Nation project on a grander scale? Bearing in mind, that money is no object here!

CIARÁN – Yes! There is no end to the possibilities in Restive Nation and we’re constantly on a quest to expand our sound and push the boundaries.

Just this year we have bumped our line up from a 3 piece to a 7 piece and there’s no reason why that won’t expand even further. An absolute no boundary dream of mine is to have RN play live with a symphony orchestra, one night only! A diverse evening that blurs the lines between cultures that are generally perceived as vastly different; when in reality they’re rooted in exactly the same place, magic.

OD – ‘Coma’ got a great reaction from media sources across the UK, mainland Europe and North America, can we expect another single to come from the EP and if so, what track will it be and when will it be released?

CIARÁN – Yes, we are absolutely floored with the response Coma has received. It has given us a huge boost because sometimes it’s hard not to get deflated when you’re a band like us in Ireland.

All pistons are firing to keep the flame lit so early July you can expect to see Descent out as a single complete with a full visual lyric video, it will be an aural and visual assault on the senses and we can’t wait to get it out. It’s a bit of a left turn from Coma but such is the nature of this band. We have a few more things in the pipeline for later this year; so keep your eyes peeled.