Restive nation launches their new single ‘Cliffs Edge’ this Saturday, Jan 14th in the Grand Social. This latest track comes hot on the heels of June’s ‘It’s Just A Skull… ‘ and September’s ‘The Nihilist’.

Restive Nation, the Dublin-based self-proclaimed ‘electronic rock’ band have more to offer than just that as a label for their unique sound. Reaching the outposts of captivating prog and diving into a wormhole of wonderfully complex rock arrangements laced with electronic elements that would have Trent Reznor’s ears twitching, there is no doubt that this is indeed something very special indeed.

New single Cliffs Edge pushes the boundaries of what we thought was possible for Restive Nation, as they weave a dark and twisted path of sublime magnificence that is literally dripping with a sense of Tool and suggestions of John Carpenter here and there.

Whatever lies ahead for Restive Nation, is shrouded with unpredictability, which is exactly what they want you to feel. The band’s short history has delivered three vastly different compositions, with three different vocalists, creating an almost multifaceted beast that picks and chooses what genre to manipulate and reinvent.

Check out the intoxicating ‘Cliffs Edge‘ by clicking on the video link below;

‘Cliffs Edge’ much like it’s predecessors, features a guest vocalist. John Murphy aka Atmahead takes the reins as he leads the listener down a dark and twisted wormhole. John’s penchant for the spoken word form blends well with Restive Nation’s progressive tendencies.

The track itself is a departure from the group’s previous ethereal and ambient releases with its amalgamation of both prog and industrial genres, tied together by the unique and intense vocal styling of Atmahead.

Cliff’s Edge is available now for download on this link and streaming worldwide.

Restive Nation will be performing in Dublin’s Grand Social on Saturday, January 14th with very special guests Megacone. Admission is just €5.00. Click on the graphic link below for the official event page. 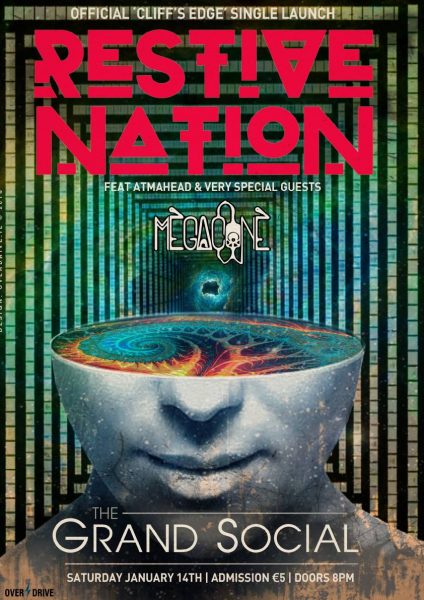 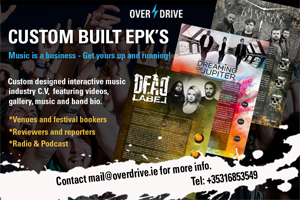