November 2018 seen Aborted and Cryptopsy join forces across a continent for their “Hell Over Europe II” tour with support inland from Benighted and Cryroroxin, however, things were kept slightly more local with a separately named tour for the UK, simply titled the “Terrorvision UK” tour. 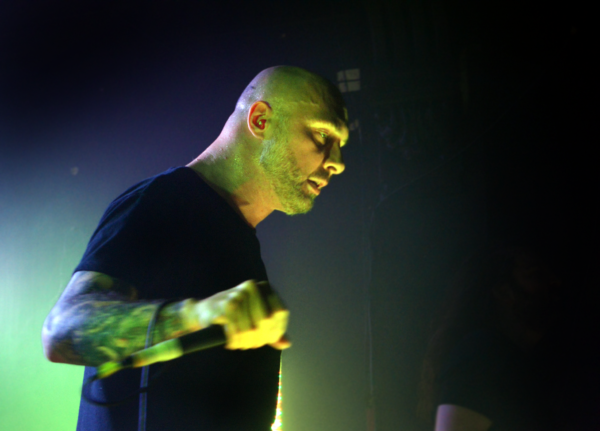 Both bands and two more local support acts from the UK made a trip to Ireland for two shows between Dublin and Limerick. Overdrive swung by for the tour’s initial stop in Ireland; VooDoo Lounge Dublin.

Kicking off the night of brutality was London’s Unfathomable Ruination (4) swiftly taking to the stage with their blend of groove and brutal technical death metal. Given the status quo of how hesitant crowds generally are to take part in any movement so early in a show, it only took 3 songs before the band had formed a mosh pit.

Notable mention goes to Benny Green on bass for impressive minor solos between structures of the bands’ songs, alongside vocalist Ben Wright’s comfortable ability to make jokes and point out some Dublin friends in the crowd.

Somehow, a small pit had started during Ingested’s (3) soundcheck and continued onto stage-diving and crowd interaction throughout their set. The London five-piece delivered a blend of brutal hardcore and deathcore to the crowd with some heavy similarities of vocal style between Jay Evans and Lamb of God’s Randy Blythe, with some parts hitting on the verge of rap metal.

Montreal’s old-school death metal maestro’s Cryptopsy (5) took off after a very swift sound check and immediately burst into “The Book of Suffering – Tome I”’s intro song “Detritus – The One They Kept”. 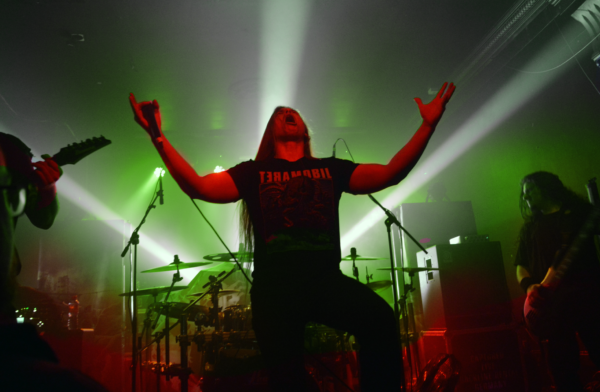 Despite the bands’ long time in the game and large following, the crowd was initially confusingly reluctant to take part or show as much energy towards the Canadian four-piece compared to the previous two bands. Vocalist Matt McGachy’s slight babyfaced look it is not to be judged on what he displays as a performer, from brutal guttural growls to ear-piercing shrieks – and despite his threateningly immobile stage presence, it didn’t deter some members of the crowd from jumping on stage to snap some selfies with him mid-performance.

The band touched base with old tunes from the popular “None So Vile” (1995) album with original vocalist Lord Worm and the most recent “The Book of Suffering – Tome II” EP.

Considering the band had formed in 1995, they had a broad range of songs from their impressive back catalog of 15 releases and delivered performances for fans old and new, this time naturally focusing more on songs from the recently released ‘Terrorvision‘ EP. Down one man for the last few shows a-la guitarist Mendel bij de Leij, Belgian grind monsters Aborted (5) didn’t let it affect their sustainability.

Charging on stage with an impressively lit and designed backdrop as well as some hilarious albeit creepy stage props, vocalist and last-remaining founding member Sven “Svencho” de Caluwé’s showed off impressive and limitless energy on stage, running and jumping from one side of the stage to the other without showing any fatigue throughout making it slightly difficult for people to take clear photos. “We had a very bumpy ride full of puke… but this song isn’t about pukey-pukey, this is about making stuff with skin” Svencho jokes, before breaking into “Sanguine Verses”. 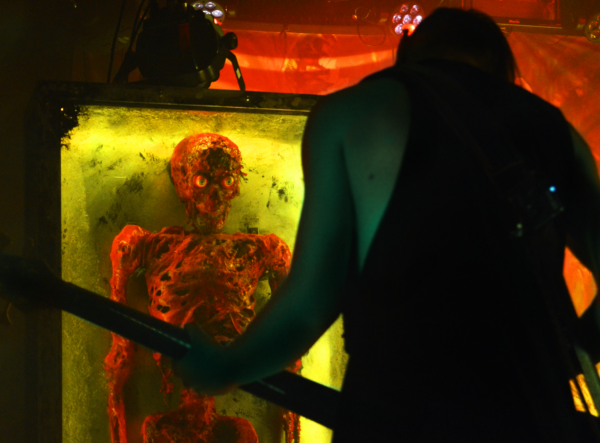 Fans of the band had no hesitation in showcasing their appeal as the entire front section of the venue broke into a huge, endless pit of people jumping and being thrown around between extremely tight and fun riffs of old-school death metal and grindcore.

A huge growl and a blast of smoke simultaneously emitting from the stage brings the night a step towards closure before the band is persistently called on for an encore, where they finish up with popular 2001 song “The Holocaust Incarnate”, before finishing up and the band inviting the crowd to join them at the bar.

A lively and vibrant night for the bands and crowd alike, the brutal death metal scene in Ireland is still very alive and active. 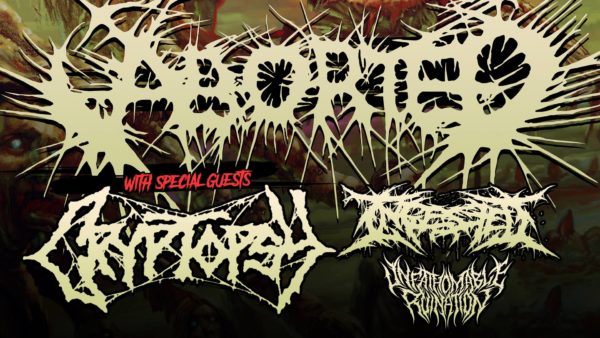