REVIEW – AT THE GATES ‘THE NIGHTMARE OF BEING’


Returning with their seventh album, July 2nd sees the return of melodic death metal royalty At the Gates with the ‘Nightmare of Being’ LP. 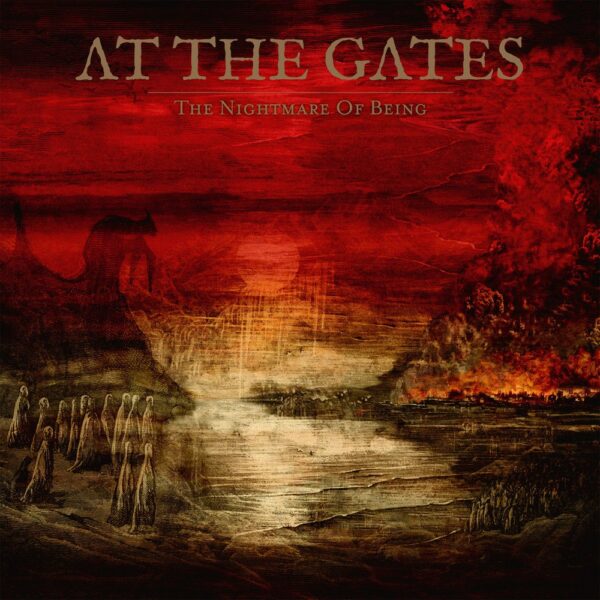 Ever since their groundbreaking 1995 album ‘Slaughter of the Soul’, the band have stood in near-legendary status.

That said, being key influencers for a whole generation of bands that would follow in their footsteps has been a heavy cross to bear.

The bands’ post-reunion albums have been fun, but ultimately unmemorable attempts to recapture that “lightning in a bottle” magic. In the effort to give the fans what they want, the music has become stilted and one-dimensional. However, on ‘The Nightmare of Being’, At the Gates have defied expectations, stepping out of their own shadow and whipping up something startlingly new. The lads are clearly reinvigorated, and boy does it sound nasty as hell.

Fans of the bands’ classic circle-pit-inducing mosh rhythms get plenty to chew on, and the opening two tracks deliver that classic sound by the coffin full. But on the title track, the signs start to appear that things have been shaken up.

The band plays with spooky guitar melodies that ring out into space, toning down the usual intensity for a more brooding atmosphere. When the breathy vocals join in before the band grinds up the heaviness a few eyebrows should be raised in surprise.

Once ‘Garden of Cyrus’ rolls, the band flex a more progressive touch, with some more complex arrangements layered wickedly over each other.

It’s a real curveball and a hell of a lot of fun. They somehow even fit some saxophone playing in without sounding forced or out of place. By now it’s getting clearer that the band have tossed the rulebook to the shredder, and are having a great time doing it.

This exploration continues with each track, the band sound renewed in a way that no band of thirty-plus years has any right to be. Each track is a subversion of expectations.

Whether it’s the nod to Rammstein[ish] krautrock in the drumming on ‘Cosmic Pessimism’ or the haymaker 7-minute epic ‘The Fall into Time’, the surprises just keep coming.

The usual brand of stripped-down, no-frills Death Metal has been given a rework, and the results are mighty.

Those lacerating guitar riffs that are an ‘At the Gates’ trademark are still as present as ever of course, and the signature bleakness and pessimism in the lyrics remain a staple of the sound. But it’s been cross-bred with enough epic-sized moments and progressive detours to make it linger in the mind and demand repeat listens. Now excuse me while I pick my jaw up off the floor. 7.5/10

‘The Nightmare of Being‘ is out Friday, July 2nd via Century Media. Order your copy here. 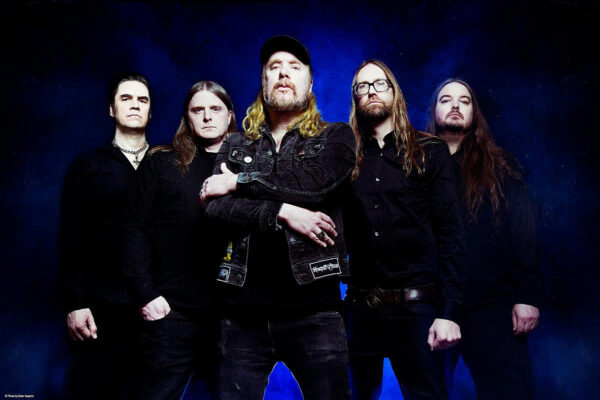