School nights in Belfast tend to be a nightmare when it comes to filling seats, especially in a venue the size of the SSE Arena, but both Avatar and Avenged Sevenfold had no such issue with an incredibly healthy audience that was packed from the moment doors opened until Avatar took the stage. 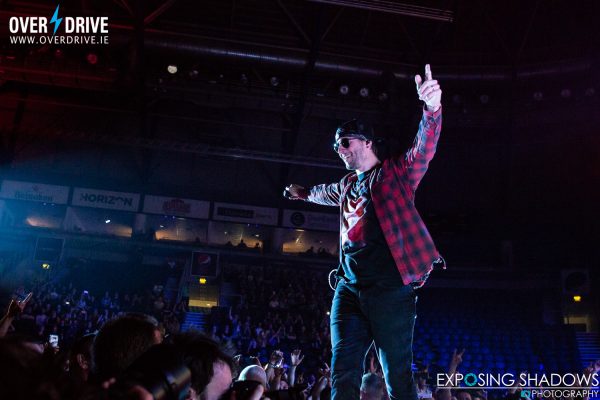 Avatar are one of those bands where nailing down a genre is a task in itself, they turn metal on its head with tweaks to the common metal tropes that give the music a really interesting groove leaving the tracks feeling refreshing and unique, they really are a fine wine that compliments the main course perfectly and left the crowd begging for more.

Avatar would play a 6 song set that included some touching moments including a midset pause just before “smells like a freak show” to talk to the crowd about how it’s ok to be different, that being part of “the freakshow” is something to be proud of, that those who tease and taunt are simply afraid of the uniqueness of those expressing themselves and they themselves are simply afraid to break the mold, it was something that truly caught me off guard and left me beaming from ear to ear, its a message that everyone in the room needed to hear, and how do we know this? well put it this way my ears are still ringing from the overwhelming response from the crowd, not only were we embarking on our journey to Avatar Country, we were being personally greeted by the king and reminded that it was ok to be there! 2.5/5 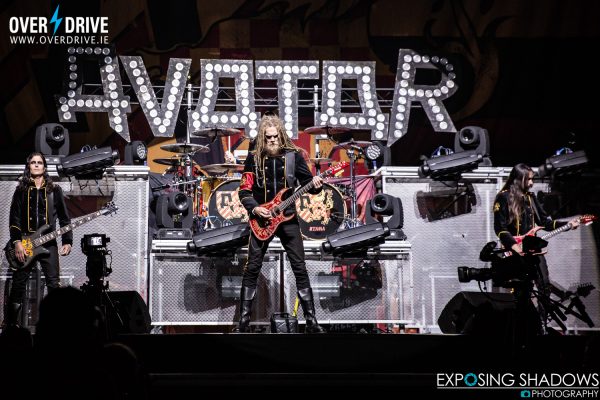 Avatar’s six songs really laid out the red carpet for avenged sevenfold and the international powerhouse took advantage of it.

With an incredibly dramatic opening with “The Stage” that focused on the inner workings of history from the early days of man through to the french revolution before finishing at the the fields of flanders and the first world war, it was an interesting social commentary about the hidden puppet masters throughout history that pulled the strings of society and continue to do so, with pyros synced to explosions of tanks and guns on screen, they left no illusions in the room, they really meant business with an opening worth the admission fee alone we knew we were in for a phenomenal set. 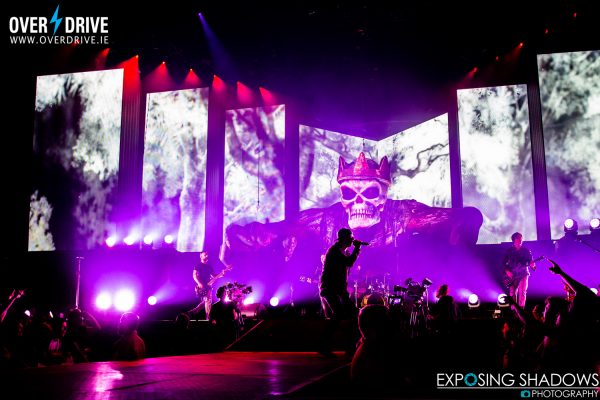 The Setlist was incredibly balanced with new and old material that meant no fan was left disappointed with a visual show that was in my opinion unmatched by many artists I have seen accompanied by a scorching pyro show that you felt no matter where you were in the room, they had no intention of phoning this or taking the easy road before their headline set at Download You could see they wanted to give Belfast everything they possibly could.

Throughout the set M.Shadows often was surrounded and dissolved into a sea of fireflies as epic shred sessions were met with lighters and phone lights in the air, he was a musical pied piper leading everyone in the arena on a jolly journey to metal and mayhem with the stage backdrop literally igniting halfway during the set, they reignited a passion for music for me that I felt burnt out a long time ago. 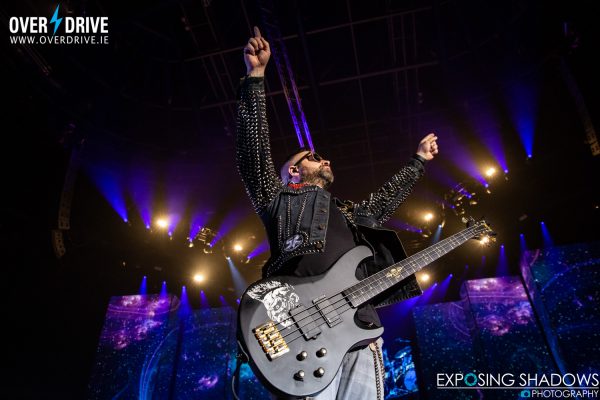 They would take a pause towards the end of their set to not only pay tribute to Belfast and it’s people, but also to The Rev (1981-2009), with an incredibly emotional slideshow showing past images of himself with the band, it was an incredibly touching moment that lead M.Shadows to remark on how death is a horrible part of life and not being able to reclaim those we have lost is incredible hard, but his tribute was a beautiful moment and one in which the band really showed that they are human, something we often forget about the acts on stage, its safe to say M.Shadows and the A7x crew are doing The Rev’s memory justice and carrying on his legacy how he would have wanted.

With a three-song encore and a promise to come back to Belfast and keep it on the itinerary for future tours, I have two simple statements, Download is in for a real treat during their headline set, and I cannot wait for them to return. 4/5

Overdrive spoke with bassist, Johnny Christ last week about the band’s plans for Download Festival as well as the progress on new material. Get the full exclusive feature interview on this link.