Black Mass is the latest offering from “Crazy Heart” director Scott Cooper and is based on the book of the same name by Dick Lehr and Gerard O’Neill. The screenplay is written by Mark Mallouk, co-executive producer of “Rush” and Jez Butterworth, co writer of “Spectre” and “Edge of Tomorrow”. 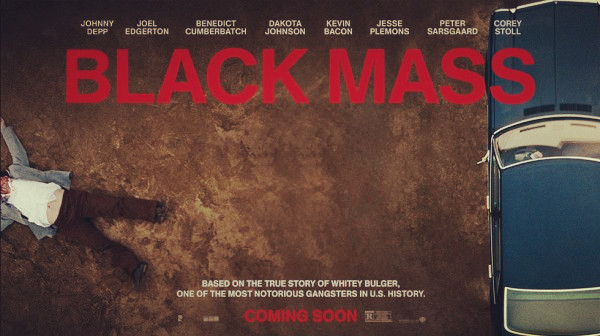 The story follows an ambiguous alliance between the FBI and James “Whitey” Bulger (Johnny Depp), who is the leader of the Irish mob in South Boston. This unlikely cooperation is established by Agent John Connolly (Joel Edgerton), “Zero Dark Thirty”, who is hell-bent on climbing his way up the FBI ranks by taking down the Italian Mafia, who are seen as the greater evil in Boston in the 1970’s. Unfortunately for the FBI, locally-loved villain Bulger, has much greater plans to expand his empire from nickel and dime slot machines to all out crime boss.

Make no mistake about it; we could talk all day about the wonderful performances from the supporting cast. Bulger’s main henchman Kevin Weeks, is portrayed stunningly well by Jesse Plemons, who is previously known for his works on TV’s “Breaking Bad” and “Fargo”. Plemons really shows us what it’s like to go from humble bouncer to Bulgers’ most trusted confidante, while trying to deal with the sporadic and vicious outbursts of a boss who’s been tipped over the edge. In fact, Weeks is the only character in the film with whom the audience can feel any semblance of compassion, as most of the other players in this piece are solely driven by greed and corruption. 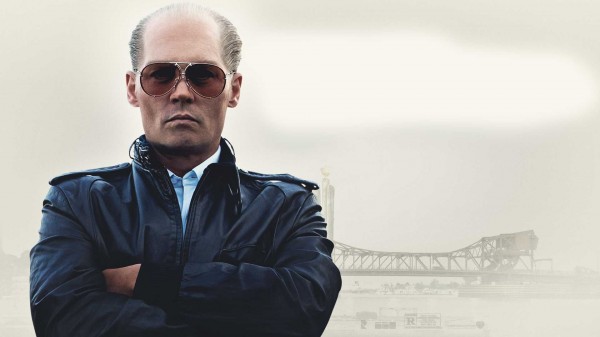 Unsurprisingly, the real meat of this film comes from Depp’s performance. Once again we see this man transform before our very eyes, driving home the fact that he simply is the most diverse and nuanced actor of our time. What’s most refreshing about this portrayal, is that Depp is playing a character as opposed to the caricatures he’s become notorious for in blockbusters of late. This is arguably his greatest return to form since his depiction of George Jung in 2001’s “Blow”. The ease with which he captures the demeanor, accent, poise and expressions of “Whitey” is astonishing. This is a man who’s been voluntarily exposed to numerous LSD trials, has lost everything he loves, and still manages to be one of America’s most notorious crime bosses. To say that this role is a mammoth one would be an understatement, yet Depp pulls it off masterfully.

The film itself is excellently shot all round, with high praise going to the director of photography Masanobu Takaynagi (“Out of the Furnace”) and the costume designer Kasia Walicka-Maimone (“Foxcatcher”) for their gritty sense of 1970’s style. A key example of this, is the infamous scene from the trailer where we see a maniacal Depp, bearing down on his victim’s car, shotgun in toe, equal parts flair and menace.

While just short of a masterpiece, this film is still a must see for fans of stylish crime dramas, like “Casino” and “Goodfellas”. It’s only real flaw lies in the fact that there are very few characters to root for in piece. It’s Bad Guys VS Bad Guys here, so just sit back and embrace the chaos.

BLACK MASS, Cert 15A, is released in Ireland on November 25th.