L.A sleaze merchants BUCKCHERRY return to Ireland for an intimate headline show at Dublin’s Whelan’s venue. Overdrive was there to catch every note that poured from the venues modest stage. 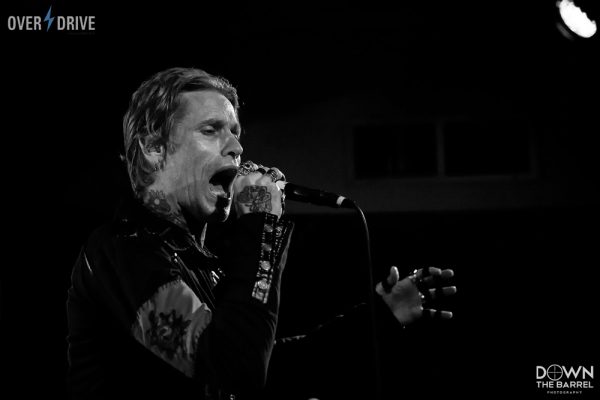 It’s been nearly three years to the day when Buckcherry last performed in Ireland and as I seem to remember, that show was in a drafty Academy with Swedish glam peddlers, Hardcore Superstar, who gave them a run for their money.

Tonight’s affair will hopefully be a different situation as the venue is now packed to capacity and an eagerly awaiting crowd chatter excitedly in anticipation for the poster boys of the modern day Sunset Strip. 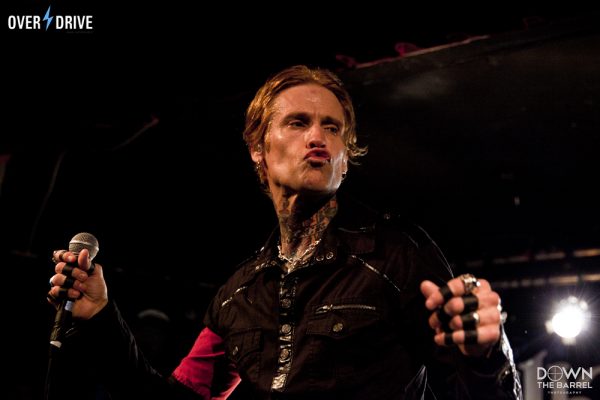 Opening the show tonight is Northern Irish based Screaming Eagles, who waste no time in revving up the engine for what begins to look like a night of quality rock n’ roll. Having released their debut Stand Up and Be Counted back in 2015, the four-piece display one hell of an attack on the senses. Without a shadow of a doubt, the star of the show is vocalist Chris Fry, who has a phenomenal set of pipes and more rock star swagger in his middle finger that that of a thousand wannabes who infest pub-rock bands the world over. 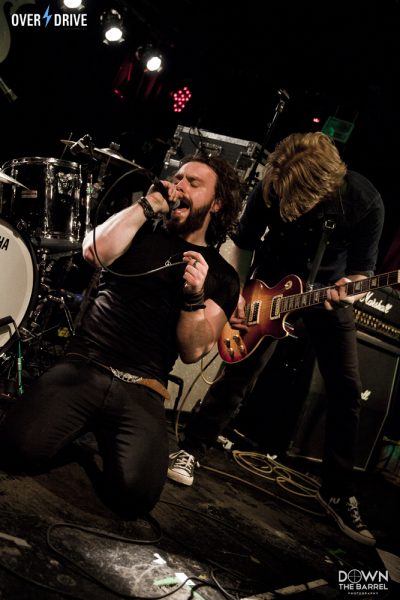 Swigging from a bottle of Buckfast throughout the show, Fry leads his comrades through a burning hot set-list, that is as tight as anyone can hope for. Guitarist Adrian McAleenan rips the bollocks out of his Les Paul effortlessly, while bassist Ryan Lilly and drummer / backing vocalist Kyle Cruikshank keeps the pace and low end tied down. Screaming Eagles are fucking amazing. Pure and simple. They are not reinventing the wheel, but have one hell of a set of tires on them. 4.7/5

Find out more about Screaming Eagles on this link.

With the venue now sold out, the P.A rings out The Who’s ‘Eminence Front’ and the four members of Buckcherry take to the stage to a near deafening roar from the packed house. Like all Buckcherry shows, the crowd wait for the arrival of  infamous frontman, Josh Todd who suddenly makes an understated yet amplified entrance much to the delight of the females (and a few males) in the audience. It’s hard to judge Todd, as he gives off a mixed bag of emotions; some of which are passive aggressive and at times pure honest comedy.

Opening with ‘Sunshine’, the energy levels in the room peak almost immediately, generating that “lightning in a bottle” scenario between audience and artist.  Celebrating their classic 15 record – which turned ten this year, Buckcherry is slowing becoming a classic rock band in the eyes of us older gents, but have a fire in their bellies that most bands half their age would kill for. 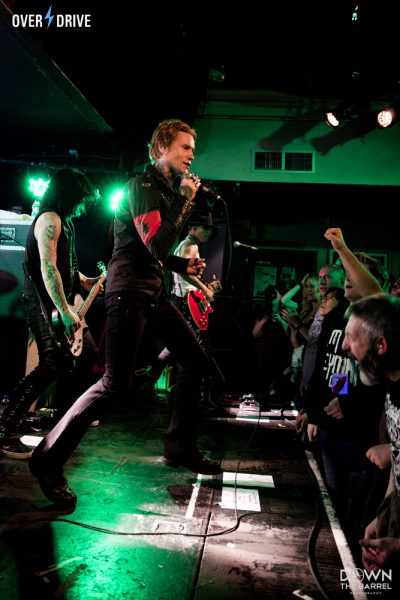 Their inclusion on the current mammoth Steel Panther U.K arena tour with Bowling for Soup, will see them pull off their setlist in front of thousands of fans, but tonight; as they blast through ‘Brooklyn’, ‘Broken Glass and ‘Out of Line’ there is a sense of real intimacy and a ‘one time only’ feeling about this show that I fear will not be experienced again anytime soon.

Band members Keith Nelson, Stevie D, Josh Rouse (Loaded) and Xavier Muriel pull off every rockstar move in the book and do it well as they lash out bangers such as ‘Everything’, ‘So Far’ and set highlight ‘Crazy Bitch’ which see’s an extended jam version with a funky breakdown and some entertaining banter from Todd who is now traditionally bare-chested and glistening under the venues burning hot lights.

All the components are here for what should be a fantastic show, however, Todd’s vocals are just so off the mark at times; it’s hard not to notice. The high-end notes are simply miles off and what we get are sloppy, raspy attempts to hit a higher range that Todd, just can’t reach for love nor money.

This, however, was not a deal-breaker, as the ecstatic crowd lapped up every second with hunger and admiration for their tattooed heroes, causing a wall to wall party for ‘Tight Pants’ and ‘Lit-up’ and encore ‘Say Fuck It’ and ‘Too Drunk’. 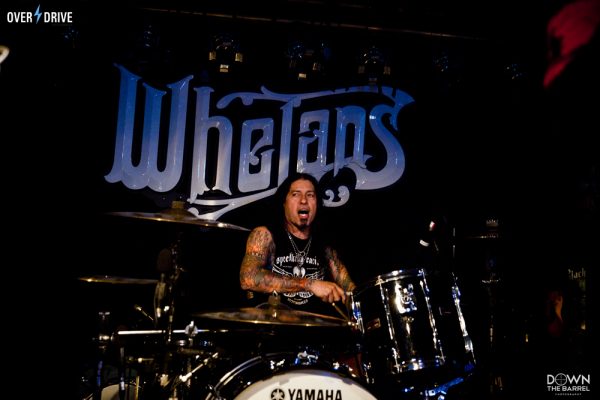 All in all, Buckcherry conquered their sold-out show in Whelan’s leaving a sweaty venue with a belly-full of tales of rock n’ roll debauchery and late night hustling.  4/5

Buckcherry is currently on tour with Steel Panther and Bowling for Soup across the U.K.

Check out the full photo gallery from Buckcherry in Whelan’s 11/10/16.

All images are the property of Down The Barrel Photography © 2016.